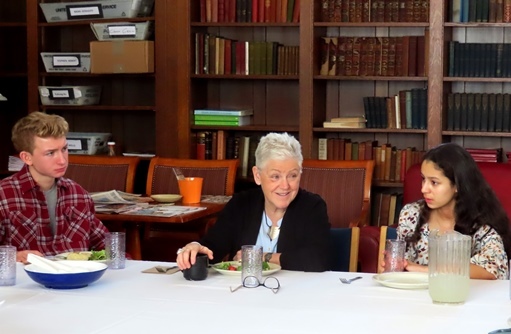 Currently Professor of the Practice of Public Health in the Department of Environmental Health at Harvard T.H. Chan School of Public Health, Ms. McCarthy also serves as director of Harvard's Center for Health and the Global Environment. She facilitates the development of institutional strategy in climate science, health, and sustainability; works to strengthen Harvard's climate science and health curriculum; and acts as liaison with climate science leaders across the University. She also is involved with Pegasus Capital Advisors, a private equity firm, where she serves as an operating advisor focused on sustainability and wellness investments.

McCarthy has been a leading advocate for common sense strategies to protect public health and the environment for more than 30 years. She served under President Barack Obama as the 13th administrator of the EPA from 2013 to 2017. Her tenure as EPA administrator heralded a paradigm shift in national environmental policy, expressly linking it with global public health. She led EPA initiatives that cut air pollution, protected water resources, reduced greenhouse gases and strengthened chemical safety to better protect more Americans, especially the most vulnerable, from negative health impacts. McCarthy signed the Clean Power Plan, which set the first-ever national standards for reducing carbon emissions from existing power plants, underscoring the country's commitment to domestic climate action and spurring international efforts that helped secure the Paris Climate Agreement. McCarthy worked with the United Nations and the World Health Organization on a variety of efforts and represented the U.S. on global initiatives to reduce high-risk sources of pollution.

At St. Mark's, Ms. McCarthy was part of a luncheon in the Faculty Room, welcoming a number of interested students and faculty into lively conversation about environmental issuers. She then addressed the entire St. Mark's community in the Putnam Family Arts Center's Class of 1945 Hall. Her presentation was well-received.

The C. Boyden Gray Colloquium Series is designed to engage St. Mark's students in an exploration of one complex global issue annually. Students hear from outside speakers with varying viewpoints, participate in small group discussions, write about and debate the issue, and take part in all-community events. C. Boyden Gray '60, former board president and current Trustee Emeritus, has committed $1.5 million to fund this annual yearlong learning exercise. St. Markers, Gray believes, "should think in big terms and be inquisitive about the outside world." Gray, a former U.S. ambassador to the European Union, White House counsel to the first President Bush, and recipient of the Presidential Citizens Medal, hopes that tackling these topics in an intensive fashion will inspire students to serve their country and the world. This year's Gray Colloquium theme is "Creating Change."