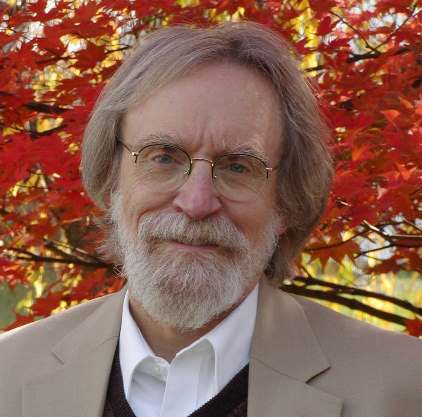 On Tuesday, April 16, renowned math historian Dr. William Dunham will speak on campus. His visit is hosted by the St. Mark's Mathematics Department. Dr. Dunham will be speaking on "Euler: the Master of Us All," starting at 7:00 p.m. in the Putnam Family Arts Center's Class of 1945 Hall.

Internationally recognized for his significant scholarship on the history of mathematics, Dr. Dunham taught for many years at Muhlenberg College (where he has been professor emeritus since 2014). He has held visiting positions at Harvard, Yale, Princeton, Cornell, and Bryn Mawr, where he is now a research associate in mathematics.

Dunham has written four books on the subject of mathematics history: Journey Through Genius (1990), The Mathematical Universe (1994), Euler: The Master of Us All (1999), and The Calculus Gallery (2008). He won the American Association of Publishers' award for the Best Mathematics Book of 1994 with his The Mathematical Universe. He received a Lester R. Ford Award in 2006 for his expository article Touring the Calculus.

He is considered the foremost expert on the work of Leonhard Euler (1707-1783), the Swiss mathematician, physicist, astronomer, logician and engineer, who made important and influential discoveries in many branches of mathematics, such as infinitesimal calculus and graph theory, while also making pioneering contributions to several branches such as topology and analytic number theory. Euler also introduced much of the modern mathematical terminology and notation, particularly for mathematical analysis, such as the notion of a mathematical function. He is also known for his work in mechanics, fluid dynamics, optics, astronomy, and music theory.

In his book Euler: The Master of Us All, Dunham examines Leonhard Euler's impressive mathematical work. In 2007, Dunham gave a lecture about Euler's product-sum formula and its relationship to analytic number theory, as well as discussed Euler's evaluation of a non-trivial integral at the celebration of "Year of Euler" by the Euler Society.[5] He published a chapter "Euler and the Fundamental Theorem of Algebra" in the book The Genius of Euler published in 2007 to commemorate the 300th birthday of Euler.

Dr. Dunham is featured in the Teaching Company's DVD course, "Great Thinkers, Great Theorems" and most recently was a co-editor of an anthology from Cambridge University Press titled The G. H. Hardy Reader.

The presentation is free and open to the public.