Reunion classes from 1949 to 2014 gathered to celebrate and to rediscover the St. Mark's experience from May 9-11. This year's Reunion weekend was packed with opportunities for returning alumni. Usually held separately, the spring Trustee Weekend, the 50th Reunion, and the general Reunion events were combined, as St. Mark's celebrated the public launch of its Lives of Consequence campaign. 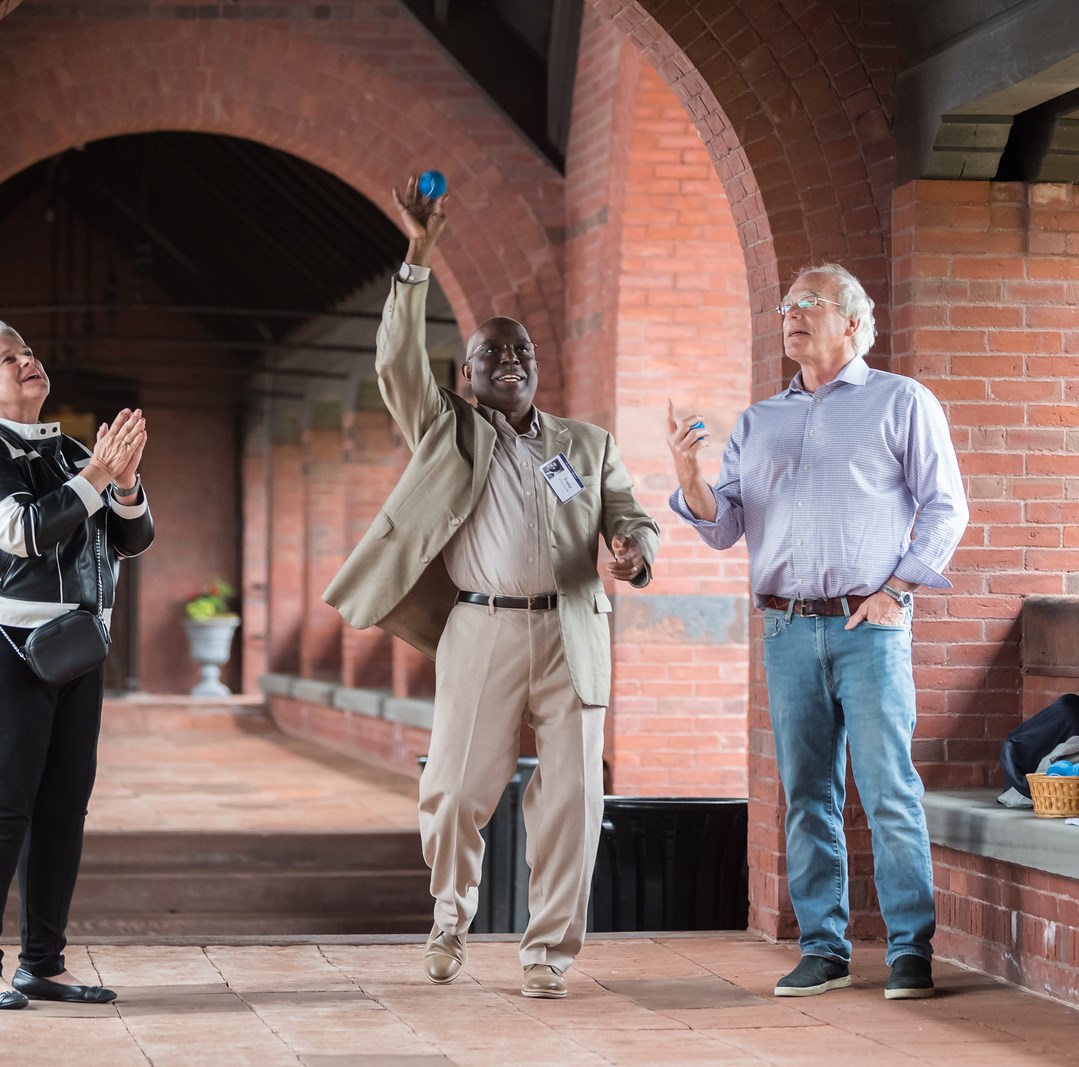 Twenty-eight members of the Class of 1969 returned to campus May 9-10 for their 50th Reunion. Thursday's welcome dinner at Choate House was followed on Friday by class visits, panel discussions, lunch with the Monitors, the traditional 50th Reunion memorial service in Belmont Chapel, and their Class Dinner in the faculty room. Many stayed on Saturday for more reunion activities and the Lives of Consequence campaign launch.

The trustee weekend activities included numerous meetings, presentations, and the traditional trustee chapel service. This year, VI Formers Rwick Sarkar and Edna Kilusu were the student speakers at the service, while the life and legacy of former trustee George Putnam '45 was also remembered. 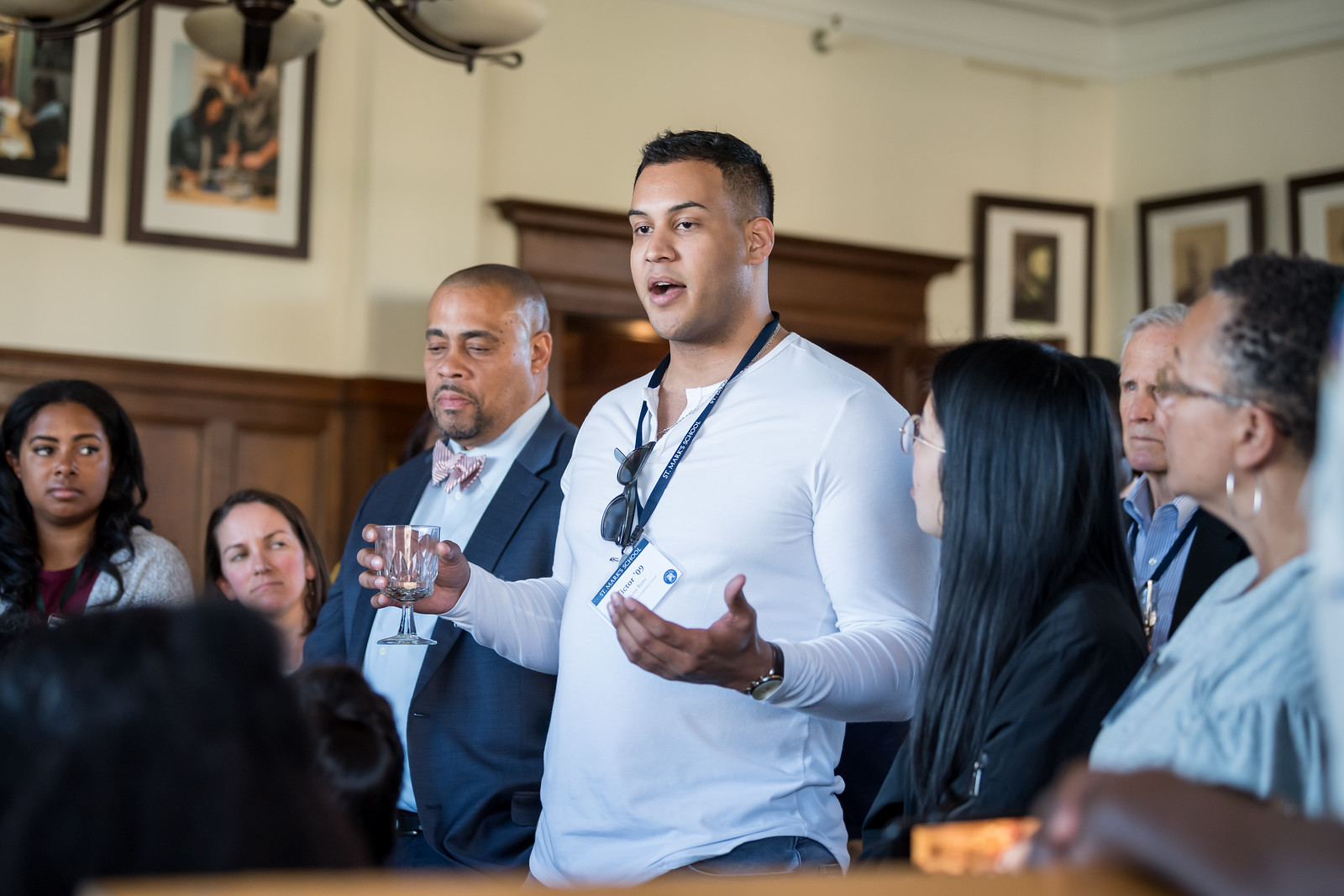 As part of the general reunion, alumni took the time to visit classes, witness a robotics demonstration in the STEM Center, attend special presentations and seminar panels, check out games, and much more. A new fitness room was dedicated to the memory of longtime coach and athletic director Fritz Wiedergott. A powerful service of healing and reconciliation in Belmont Chapel was followed by a reception and forum discussion for alumni of color took place in the Faculty Room on Saturday. The Southborough School was represented by alumnae both official and honorary, former staffer Sandy Campbell, student members of the Southborough Society (the School's women's affinity group), and old friends. There was also the traditional reunion memorial service in Belmont Chapel, where the Rev. Katie Solter, St. Mark's associate chaplain, delivered the homily. 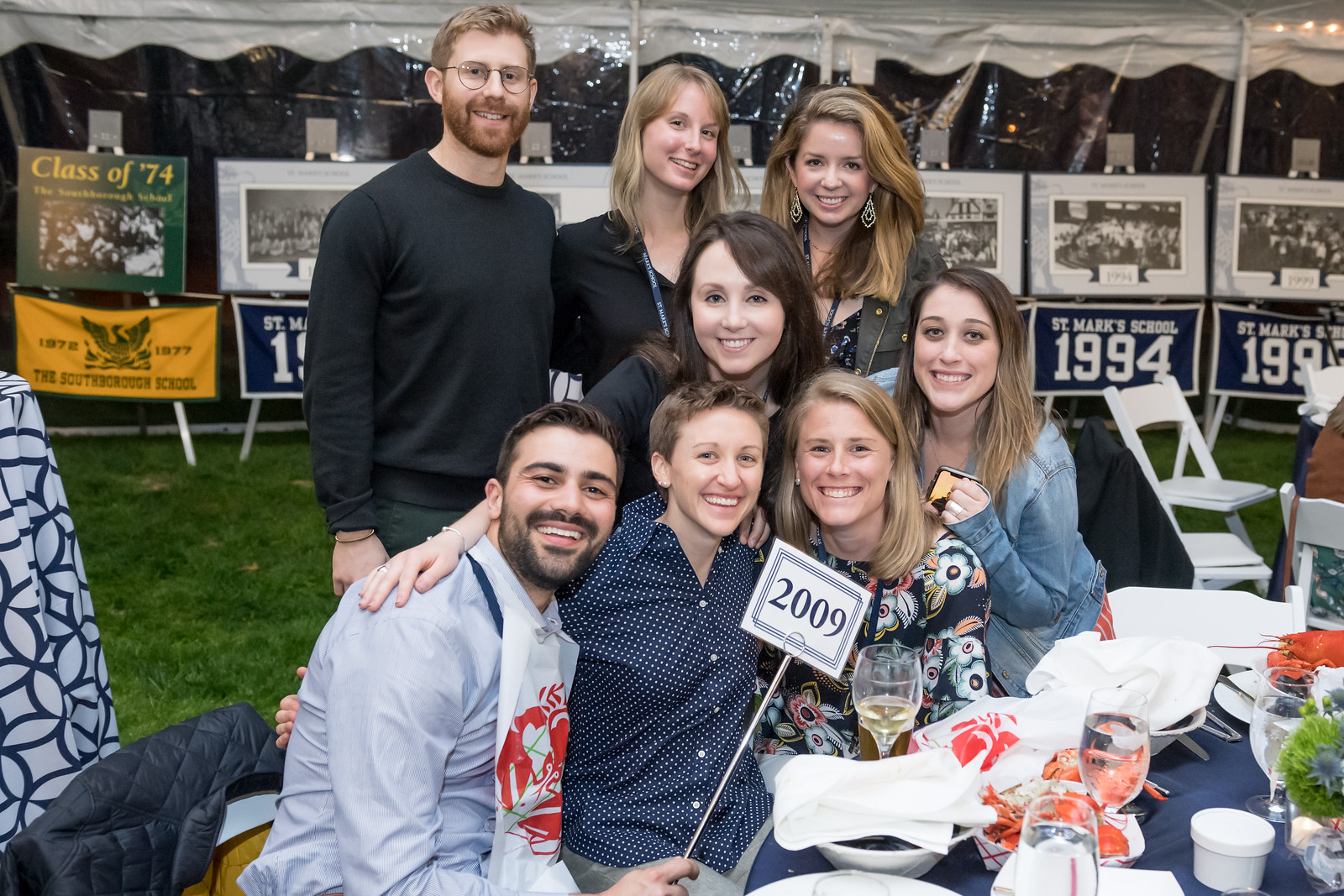 At luncheon on Saturday, the following awards were presented, recognizing the contributions and achievements of St. Mark's graduates on behalf of the School: The G. Peabody Gardner Bowl (to the class agent or volunteer who most distinguished themselves through hard work, spirit, and determination)—Chris Tyler '89; The Founder's Associates Award (to the Reunion Class with the highest total dollars raised)—1969; The George C. Caner '43 Award (for the Reunion Class with the highest participation in the Annual Fund)—1964 (89 percent); The Robert M. Burnett '35 Award (to the young alumni reunion class with the greatest participation percentage, the greatest improvement in percentage of participation, or the greatest dollars raised)—2004 (up 7 percent); The Henry W. Large Award (for the Reunion Class with the highest percentage of class members attending Reunion—1954 (55 percent); and Inyoung Back '09 was recognized for having traveled the farthest to attend Reunion, coming all the way from Seoul, South Korea (alumni were also in attendance from Italy, Peru, and more).

On Saturday evening, a tent on Belmont Field was the place for a well-attended public launch of St. Mark's Lives of Consequence campaign. Overall, it was a very successful Reunion weekend.