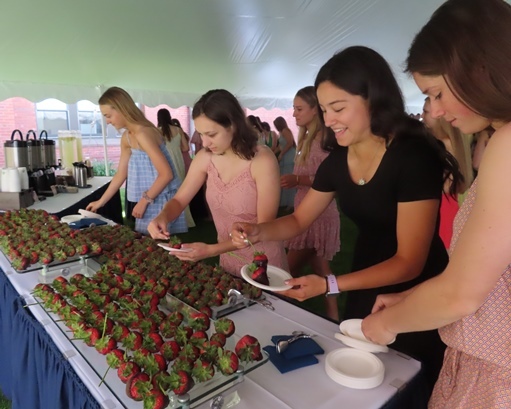 Yes, it's called "Prize Day," not "graduation" nor "commencement"—although both those concepts are fully part of the St. Mark's Prize Day experience. At St. Mark's Prize Day is much more than simply a graduation of seniors or a commencement of new alumni out into the real world. Rather, it is a sequence of traditional events, all evocative of the School's rich and storied past.

There was an end-of-year event at the conclusion of the very first year of St. Mark's operation, in June of 1866. This event was more of a commencement than a graduation, as college was a rare destination for St. Markers in those early days. It took place within the framework of a church ceremony: a Baccalaureate Service, a custom originating in 15th century English universities. Only five years later, in June of 1870, did the ceremony expand to include the awarding of "prizes." The earliest of these were given for excellence in Latin and Greek, along with the School's highest honor: the Founder's Medal. Thus it became "Prize Day"—another term with medieval English roots—and so it has been, both retroactively and ever since. 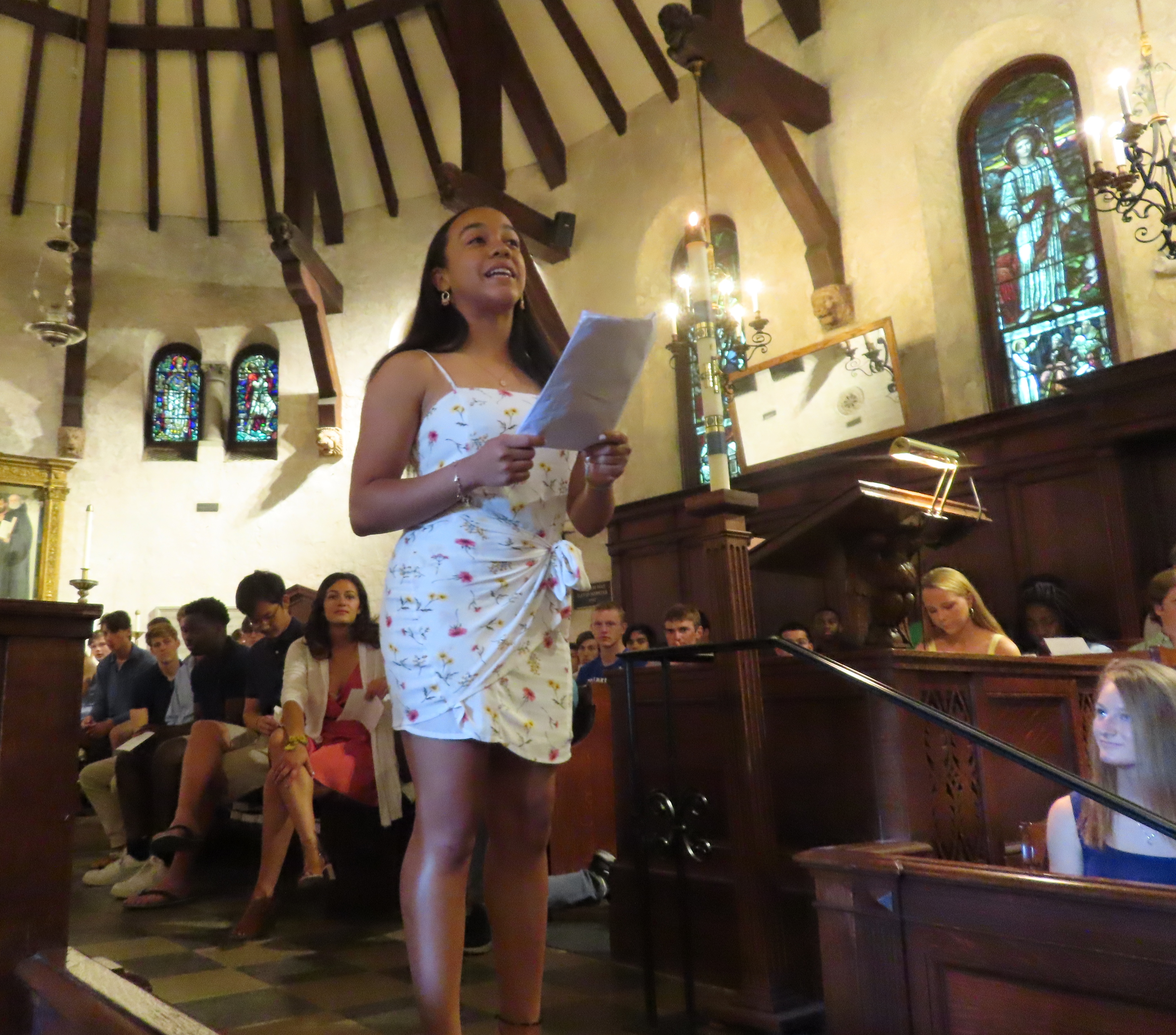 At the evening service in Belmont Chapel on Wednesday, June 5, VI Formers said goodbye to the School with a slideshow of memories and the lighting of candles, as well as words and music. On Friday, June 7, at the morning service, the School said goodbye to the Class of 2018 with more words and music. Next year's Monitors—current V Formers—said farewell to the seniors, giving a full-scale performance recitation of Dr. Seuss' "Oh, the Places You'll Go." There was heartfelt applause as the VI Formers processed out of the Chapel and underformers moved to the new places they will occupy next year.

In between these two events, on Thursday evening, June 6, the traditional VI Form Dance showcased smartly attired St. Markers. Photographs were taken on campus, and then there was music and dancing overlooking Boston Harbor.

On Friday morning, June 7, the Southborough Tea (formerly the Ladies' Farewell Dessert) took place under the tent on the main quadrangle. This event dates back more than 40 years, when it was part of a series of graduation events at the Southborough School for Girls, an institution coordinated with St. Mark's in the years before coeducation. When St. Mark's went co-ed in 1977, the majority of the first female students came from the Southborough School. So the tradition was continued, to support St. Mark's women in maintaining their own identity and to honor the memory of a short-lived but much-loved school. The current name of the event reflects that legacy, and today it is a gathering of all St. Mark's girls where the VI Formers take the time to share memories, convey appreciation, and reflect on their time together. The recently adopted "Gentlemen's Social" event took place simultaneously, in the Lions' Den, complementing the long-standing ladies' farewell tradition. At both events, VI Formers shared their memories and offered thanks to those who had helped and supported them along the way. 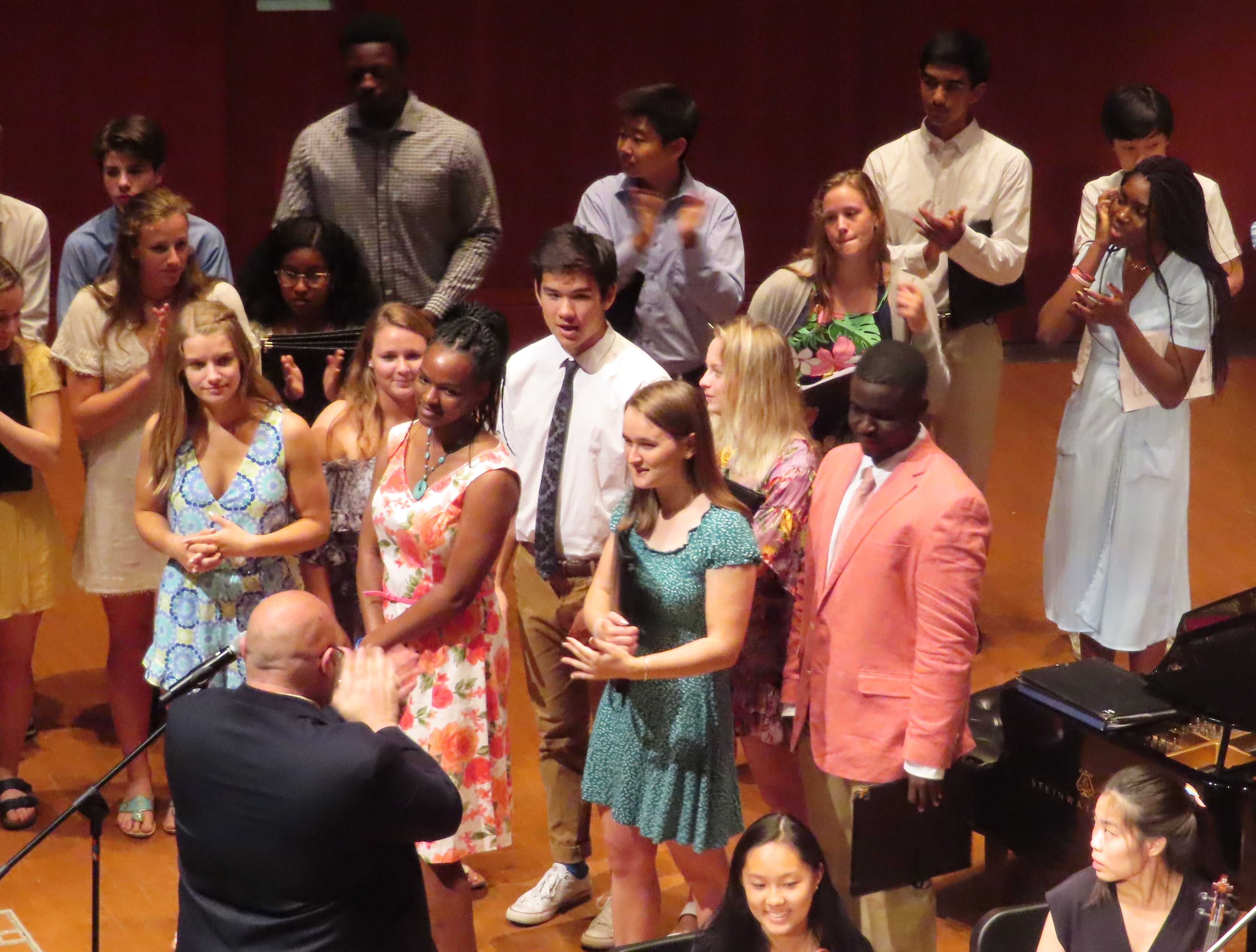 Only the Friday evening Athletic Awards ceremony and traditional Baccalaureate Service then stood between the Class of 2019 and their big Prize Day event on Saturday.