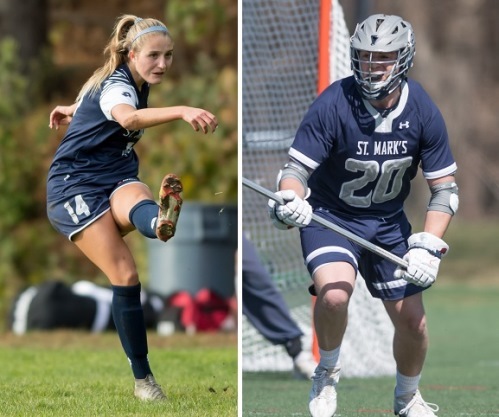 On the Friday of Prize Day weekend, athletic honors were announced for the spring season and for the 2017-18 school year overall.

PETER M. COY PRIZES – To that VI Form male and female athlete who has shown, in more than one varsity sport, surpassing intensity and determination, whose exceptional conditioning and physical courage, whose desire to excel regardless of injury or adversity and whose tenacious devotion to the success of his or her teams exemplify the spirit and joy of competition—CJ Schumaker '19, Bailey Horne '19

WILLIAM T. WHITE PRIZES – To that young man and woman in the VI Form, excluding the captain, who is judged by the coaches and captains of all varsity sports, to have made a particular contribution to the success of the season because of their enthusiasm, determination and unselfishness in any varsity sport—Shelby Howard '19, Matt Walsh '19

DALE FABYAN MEMORIAL FUND PRIZES—For athletic equipment, to one or more deserving III and IV Formers, who in the opinion of the coaches has demonstrated , through hard play, co-operation and good sportsmanship, those qualities of a happy student life as exemplified by Dale Fabyan '61 – Lauren Tolve '21, Brendan Gibbons '21

HENRY NICHOLS ERVIN PRIZES – given to a member of the lower teams whose play has been characterized by both cooperation and consideration for others—Jack Griffin '20, Laryssa Barbosa '22

ISL AWARD— The Independent School League award is presented by each of the 16 schools to a deserving VI Form female and male who embraced the league's ideals of unquestionable integrity, sportsmanship and fair play while having participated as a multi-sport athlete throughout their career at St. Mark's—Grant Gattuso '19, Kate Normandin '19 & Teresa Meyer '19

This spring was the culmination of a year when 31 St. Mark's teams—in every season at every level—had records of .500 or better (66%).

Girls' Lacrosse Prize("to that player whose efforts, contributions and leadership both on and off the field are deemed most valuable to the girls' lacrosse team")—Shelby Howard '19

Stockton Oar Prize ("to that member of the boys' or girls' crew who, as judged by the rowing coaches, most embodies the enthusiasm and spirit with Kevin Stockton rowed while at St. Mark's")—Haley Dion '19

Andy Harris Rowing Prize ("awarded in recognition of the outstanding contributions of Andy Harris as the founder of the first spring-season girls' varsity sport at St. Mark's and Head Coach of the girls' rowing program from 1978 to 2012. The prize is given to a rising Fourth, Fifth or Sixth Form girl who best demonstrates promise, intensity and commitment to rowing, and is intended as a contribution toward expenses incurred in the pursuit of summer rowing.")— Jackie Zatsiorsky '22

Team of 2004 Prize ("This award, which honors the St. Mark's ISL Champion Team of 2004, is presented to that member of the varsity softball team who, in the opinion of the coaches, embodies the spirit of the 2004 team through her commitment to the team, enthusiasm for competition and joyful play")—Mei Mei Arms '19

Henry Large Prize ("honoring Mr. Large's four decades of service to the St. Mark's baseball program and is awarded to the varsity baseball player who best embodies Mr. Large's selfless dedication to the team, superb sportsmanship, and unrelenting willingness to work hard and enthusiastically every day in order to improve both himself and his teammates")—Gunnar Vachris '19

Stohn Lacrosse Prize ("to a member of the boys' varsity lacrosse team, excluding the captain, who exemplifies virtues of extraordinary effort and self-discipline and who has made an outstanding contribution to the team")—Tucker Hartmann '20

Pollack Prize ("given to that Sixth Former who best demonstrates the leadership, intensity, and commitment to the sport of rowing that was shown by the Pollack brothers")— Ben Teixeira '19 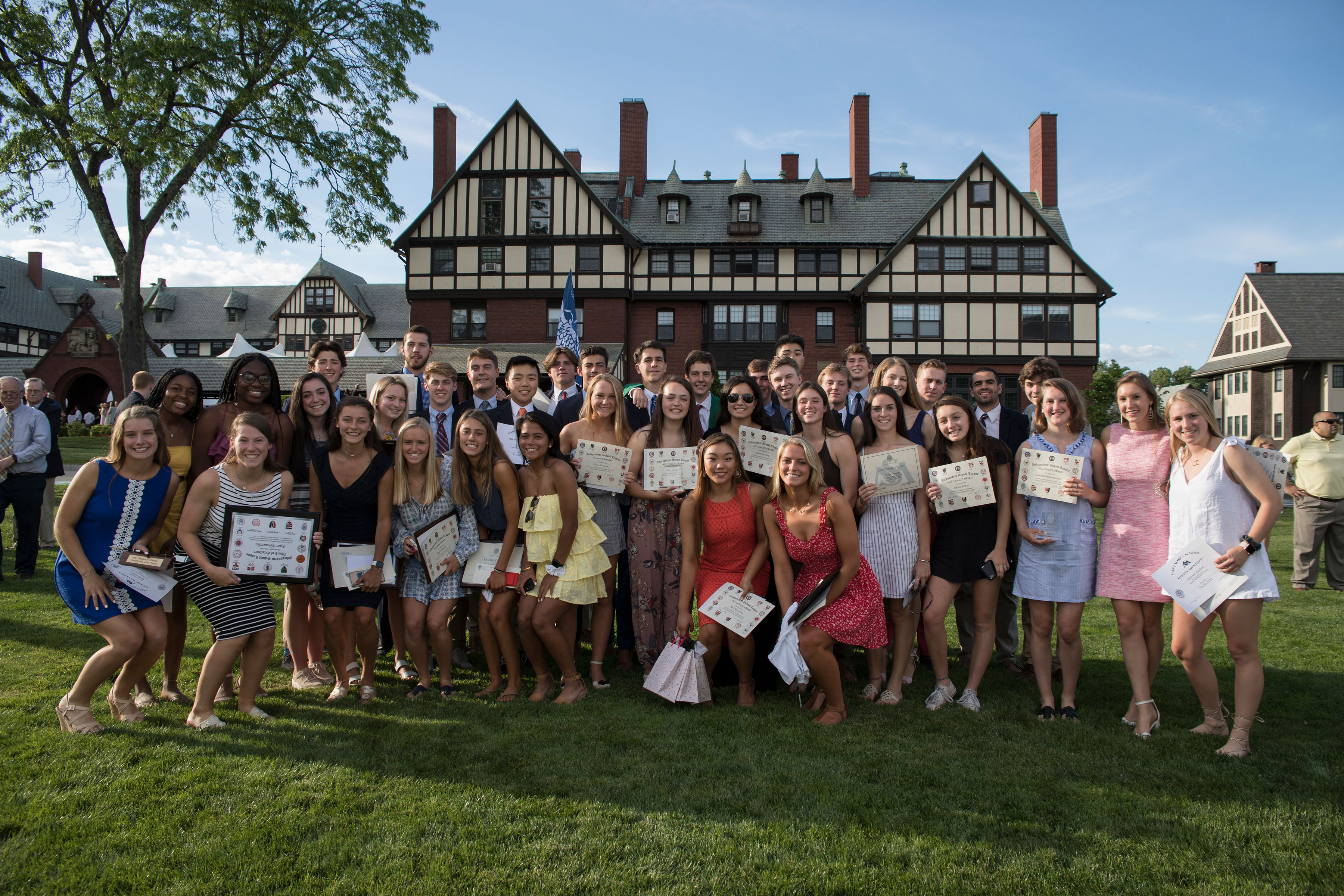