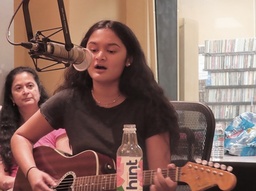 Billed simply as "Padma," she opened her set with a cover of Bill Withers' "Lean On Me." Between conversation about how her musical interests began and her take on songwriting, she also played and sang her own songs: "Insecurity" and "Mister Blue-Eyes." 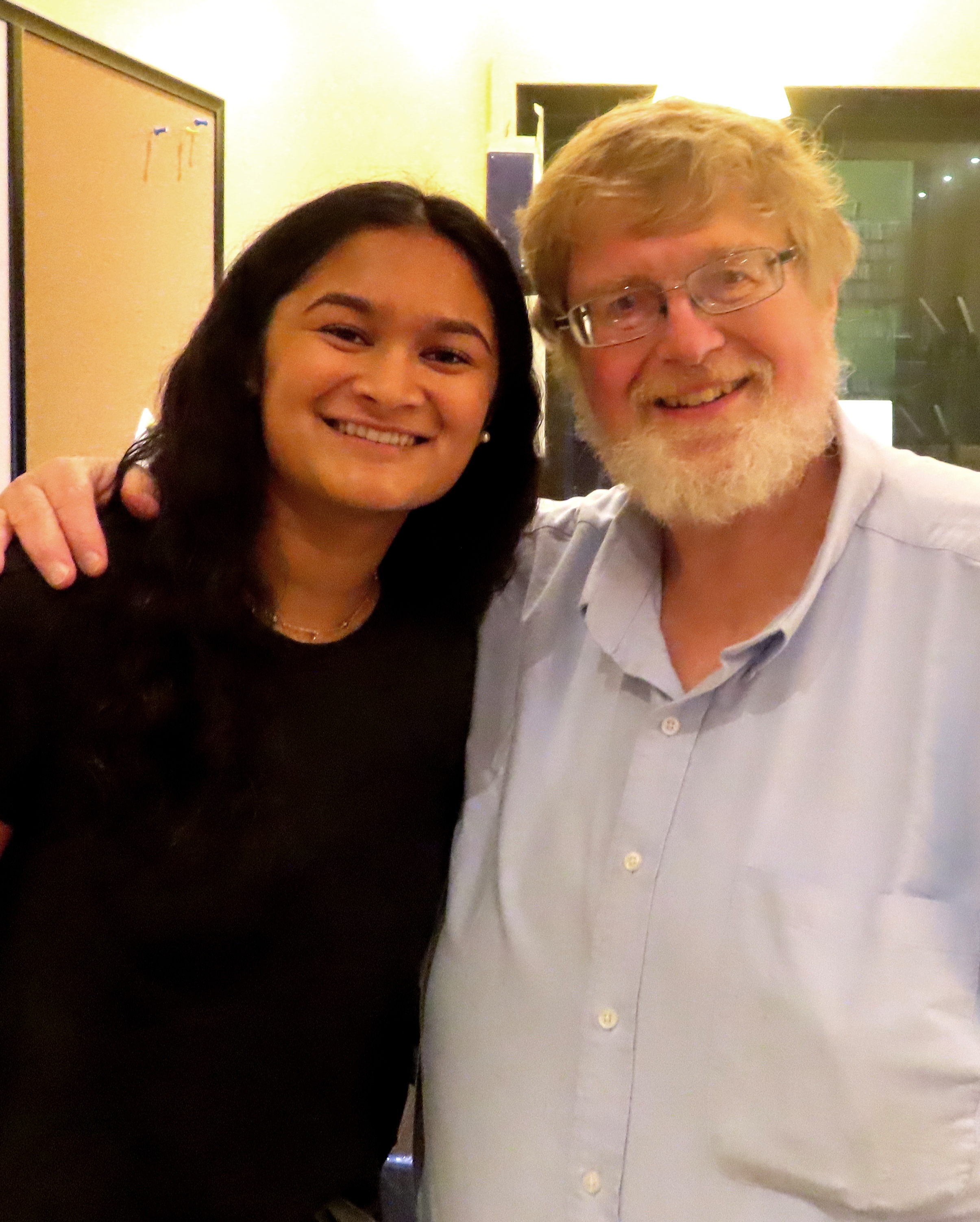 Her appearance on THE FOLK REVIVAL, a regular weekly program on WICN, was arranged through the show's host: St. Mark's alumnus Nick Noble '76. Also a St. Mark's staff member, Noble first heard Padma playing and singing this past spring up at Brantwood Camp, during the III Form Lion Term experience. Noble, both a Brantwood veteran and an award-winning DJ, has been hosting THE FOLK REVIVAL for more than a dozen years now. He will celebrate his 600th show in early October. Radio performer and radio host are pictured at left.

Padma began her musical endeavors beginning with the piano at a young age. Inspired by a performance of an Adele song ("I can do that!" she said to herself), she started singing seriously and studying guitar when she was nine. She has been writing songs for two years now, and has appeared locally at open mic opportunities ever since.

Response to her radio performance from around the world (WICN's FOLK REVIVAL has listeners as far away as Australia and China) was overwhelmingly positive. "What a lovely voice," commented one. "Sweet songs," said another. "Delightful," declared a third. Very likely both the St. Mark's and the greater music community will be hearing more and more of Padma in the future.