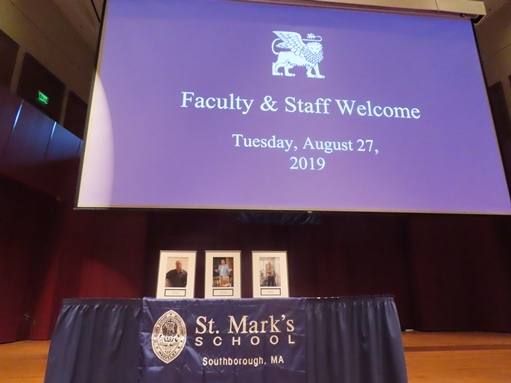 On Tuesday morning, August 27, the 2019-2020 school year began with the opening gathering of faculty and staff in the Putnam Family Arts Center's Class of 1945 Hall. At that traditional event, three members of the St. Mark's adult community were honored as they began their 20th year of service to the School. 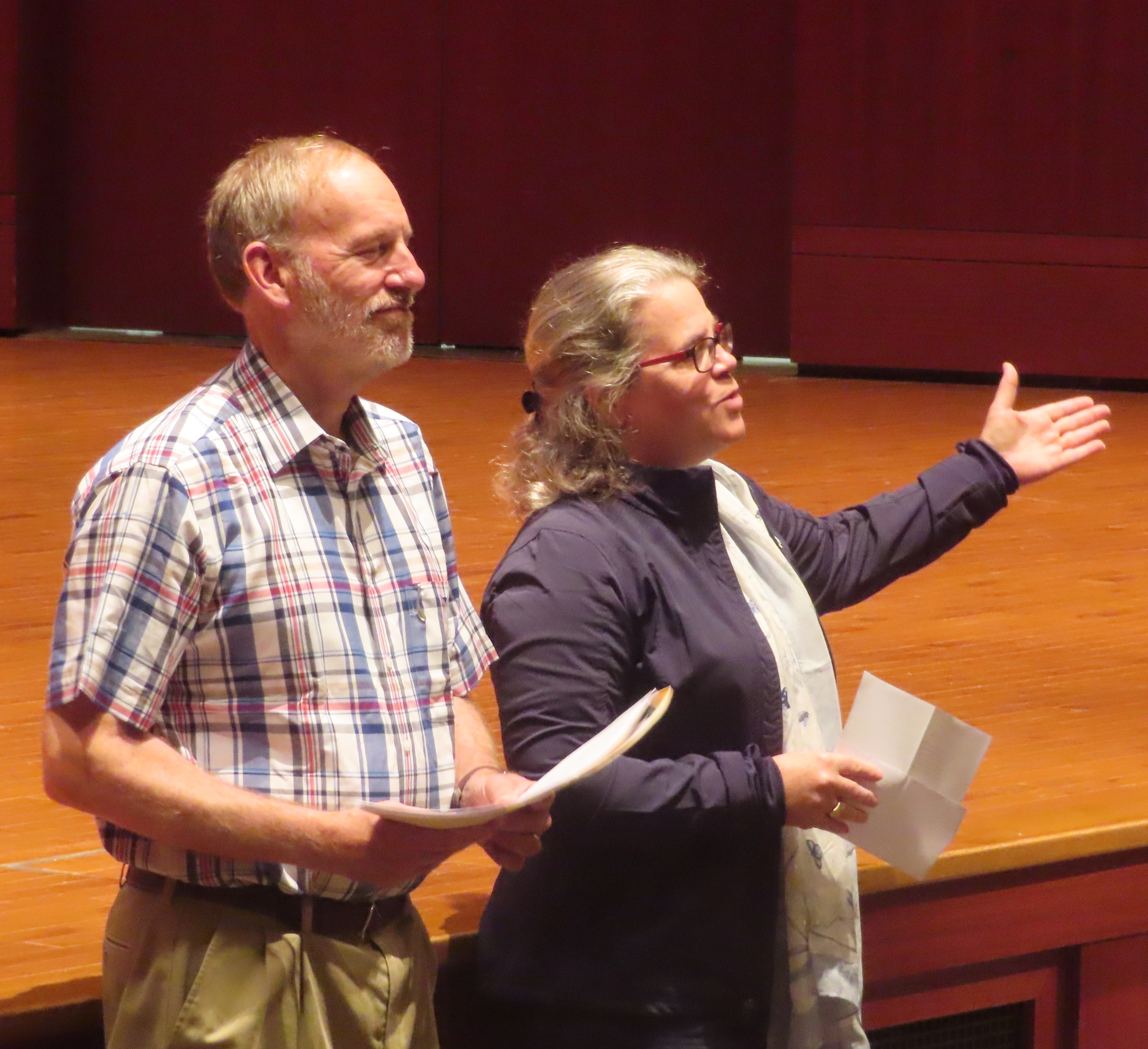 After a welcome from Head of School John C. Warren '74 and an opening invocation by Chaplain Barbara Talcott, those members of both faculty and staff new to St. Mark's were introduced. Assistant Head of School and Dean of Faculty Samantha Brennan also welcomed back science teacher Brian Geraghty from his sabbatical.

Then Mr. Warren recognized faculty members Brian Lester (Academic Technology and Mathematics) and Peter Glomset (English), and staff member Jack Clemens (controller in the Business Office) for reaching their 20th year at St. Mark's. All three (pictured below from left to right) arrived at the School in 2000. With the addition of these three, there are currently nine faculty and nine staff members who have been at St. Mark's for 20 years or more.

After presenting commemorative bowls and displaying the photos that will hang on the wall near the Hinkle Room lobby, there were remarks from two of the recipients. Dr. Glomset spoke about his lifelong dream of being a teacher, thanking St. Mark's for its support through programs like the Loudon Fund, and emphasizing the importance of student-centered teaching. Mr. Lester spoke about his coming to the United States from Ireland and shared his observations on teaching, learning, and growing, often expressed through the Irish language.

Mr. Warren concluded the gathering with a presentation on the School's goals and aspirations for the upcoming year and beyond. It was a perfect way to kick off 2019-2020 at St. Mark's. 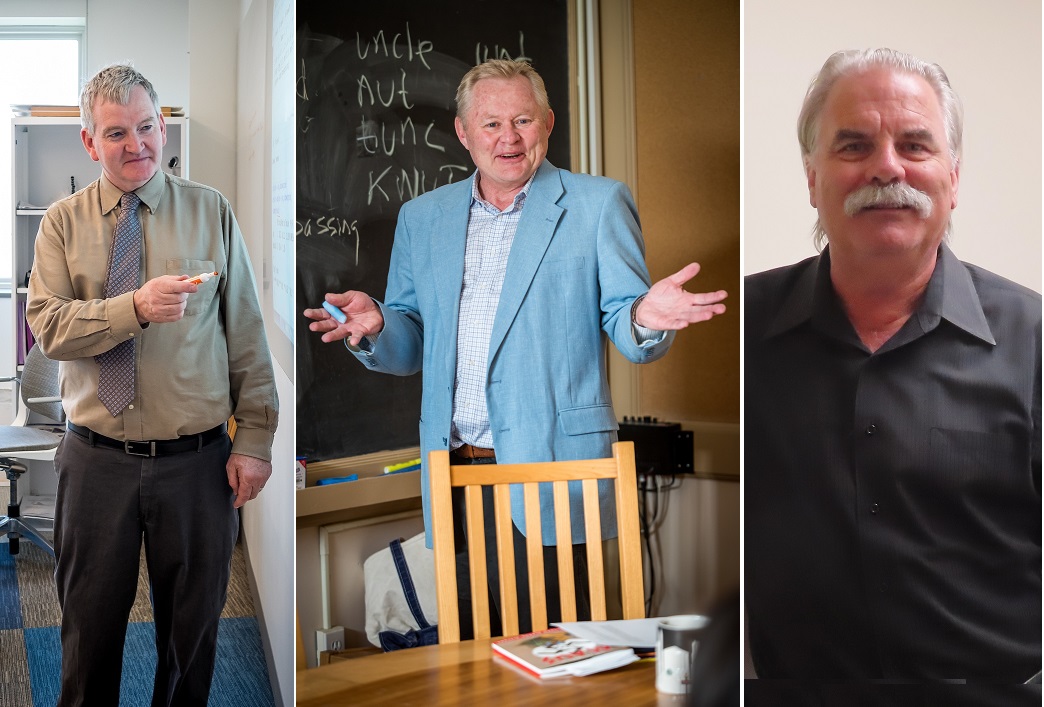