The Global Citizenship program offers numerous opportunities for students to engage with partner schools and international organizations. This past summer, 10 St. Markers took advantage of those opportunities, spending time at schools and programs in Australia, Germany, Spain, Chile, and Sri Lanka.

Daniela Ortiz '21 and Laryssa Barbosa '22 were exchange students at the Grange School, a co-ed, independent day school in Santiago, Chile. A partner school with St. Mark's since 2014, for the past five years the Grange School has sent students and faculty members to Southborough as part of this exchange. Neil Cifuentes, assistant director of Global Citizenship, has been integral to this program opportunity, in his role as St. Mark's partner school coordinator. 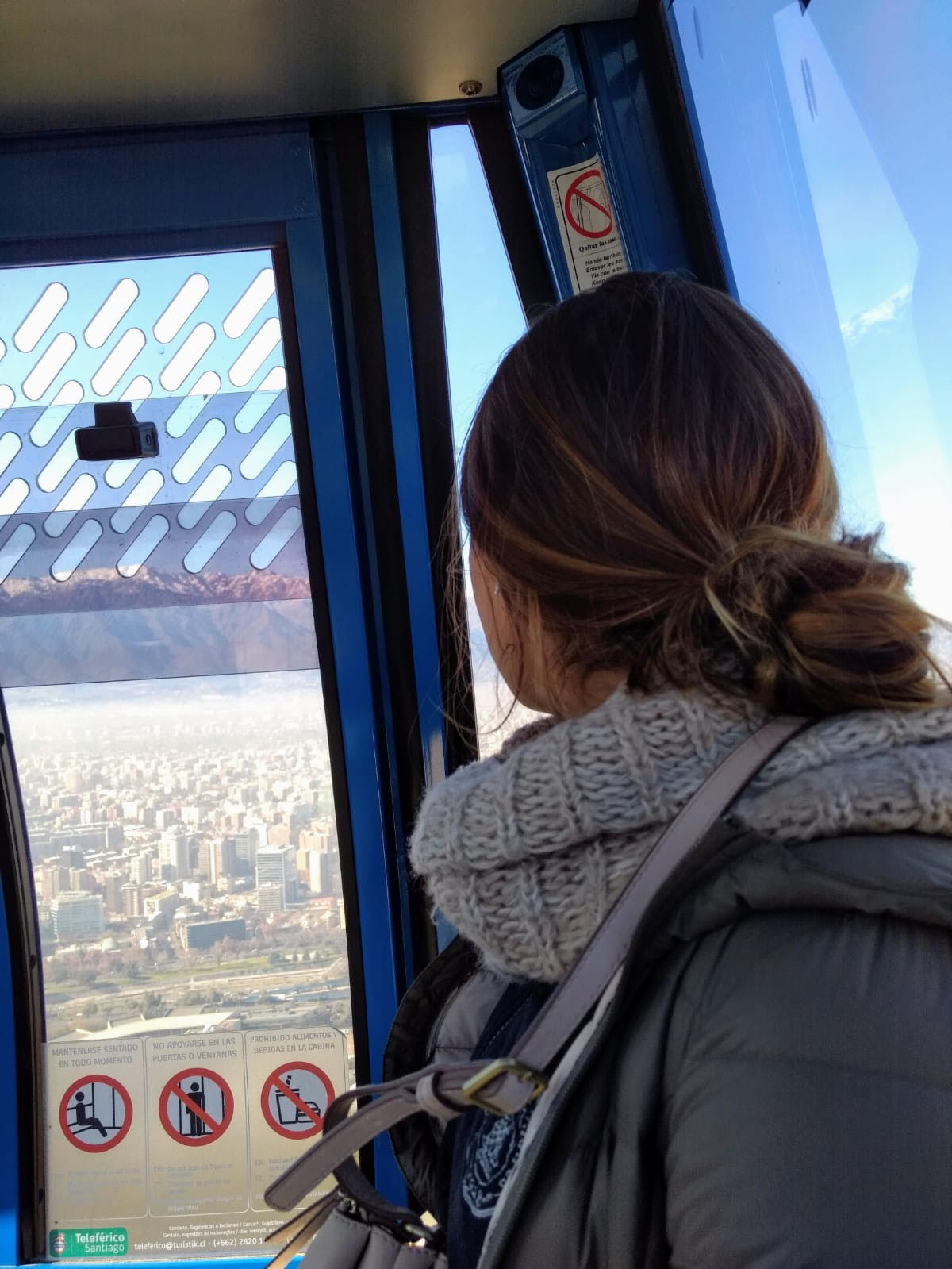 "Being able to learn so much about the culture and the history of such a beautiful place has helped me become a more involved global citizen," says Barbosa. A IV Former from Lancaster, Mass., one of her favorite memories from the trip was "going on the cable cars and getting a view of the whole city. Mr. Cifuentes told us some unique things about the city as we rode up the hill. Once we reached the top of the hill we got to see the Virgin Mary statue. We later walked around the upper part of the hill that overviewed much of the city. It was truly an amazing experience."

Jeremiah Ojeah '21 spent time at Christ Church Grammar School in Perth, the capital city of Western Australia. Another partner with St. Mark's, the school is an independent Anglican day and boarding school for boys. It focuses is on motivating students to discover and realize the best in themselves and others, utilizing a motivational teaching methodology.

It was definitely an experiential opportunity for Ojeah, a V Former from New York City. "Australia was such a fun experience," he says. "I got to meet new friends and to learn about the native people of the region."

Two St. Markers—Leila Frederick '21 and Daniella Pozo '22—attended St. Hilda's School in Southport, Queensland, Australia. An independent, Anglican, day and boarding school for girls, St. Hilda's values character, leadership, and kindness, and seeks to instill in the girls a love of learning. Its motto—Non Nobis Solum—"Not For Ourselves Alone"—is a powerful guiding principle. 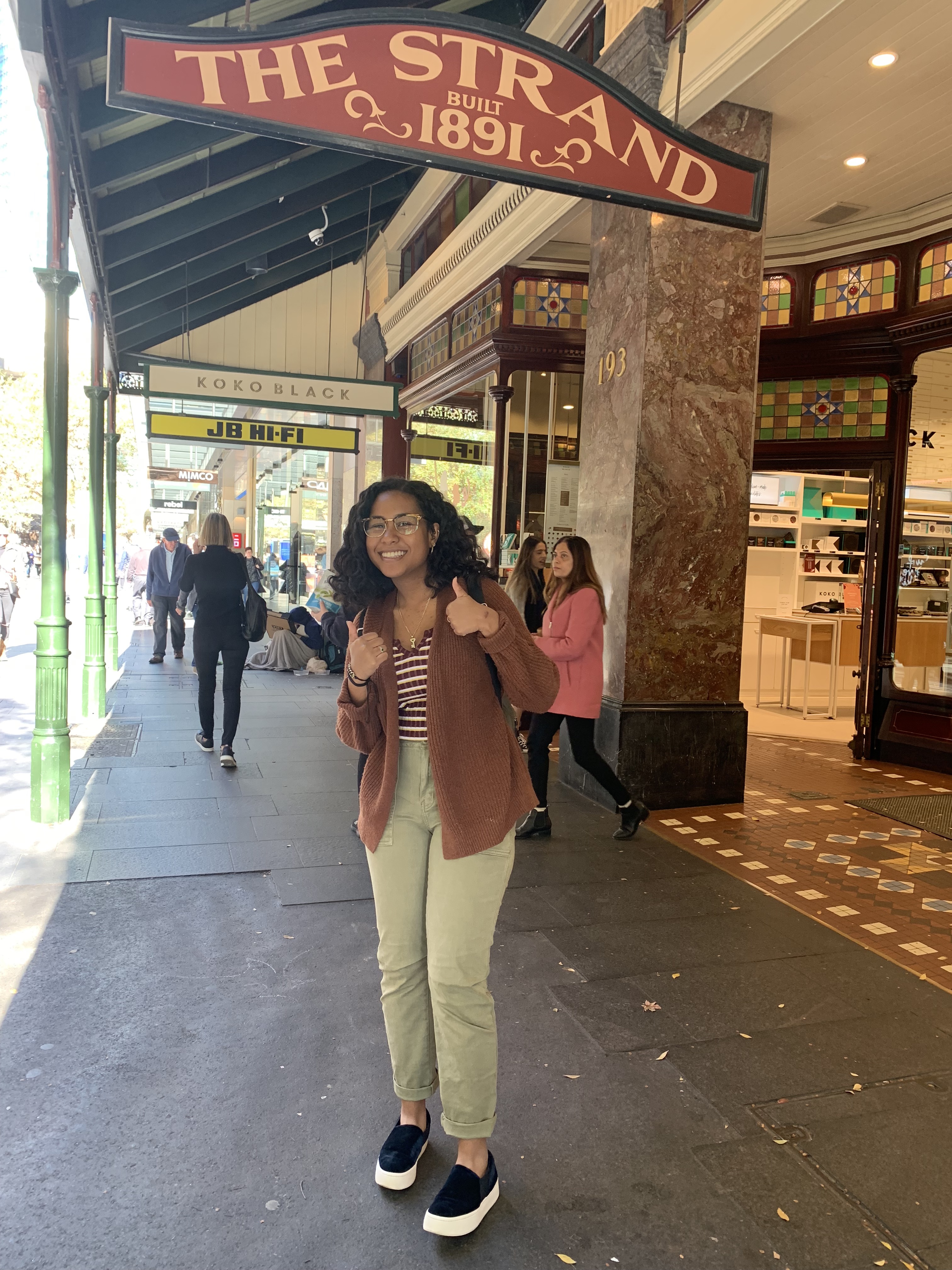 Pozo, a IV Former from the Bronx, New York, spent a week exploring Sydney and the Gold Coast before attending St. Hilda's for three weeks. "During my time in Sydney, my hosts took me to climb the Sydney Harbour Bridge," she says. "It was terrifying, but the view from above as I gazed at the blue water below, Luna Park, Fort Denison, and the Sydney Opera House was incredible. Out of all the things I experienced while there, that climb was among the best."

The Wittlesbacher Gymnasium in Munich, Germany, was the summer destination for VI Formers Conrad Krapf and Lydia Rascher. Krapf and Rascher, boarding students from Carlisle, Mass. and Wakefield, Mass. respectively, were taking part in an opportunity that has been a St. Mark's tradition for 23 years.

The Wittelsbacher Gymnasium-St. Mark's School exchange program came about as the result of a German student's one-year stay at St. Mark's. Nikolaus Vitzthum spent his junior year (1995-1996) in Southborough. While his father was here visiting Niko, he asked St. Mark's German teacher Lee Wells if she would be interested in starting an exchange program with Niko's school.

The first German students came to St. Mark's in spring 1998. The program has always been very popular at the German school and is now very popular here. This past spring, six students from Wittlesbacher spent 18 days at St. Mark's.

Three St. Mark's students—Truman Chamberlin '20, Grace Li '21, and Grace Zawadzki '20 (all pictured at top right)—traveled to the Instituto San Pedro in Segovia, Spain. Chamberlin (a boarder from Chapel Hill, N.C.), Li (a boarder from Shrewsbury, Mass.), and Zawadzki (a day student from Southborough) spent a month experiencing the language and culture of Spain through a full immersion program. Living with families, attending three classes a day, joining daily cultural activities, and a variety of weekend trips were the core of the program.

"The opportunity immediately appealed to me and my parents," she says, "because my great-grandparents lived in Sri Lanka for 40 years, leaving before the civil war that ravaged the country broke out in 1983. They carried with them their love for the country, the people, and the cuisine, and they shared that love with the entire family. My grandmother still prepares traditional Sri Lankan dishes we enjoy at home." 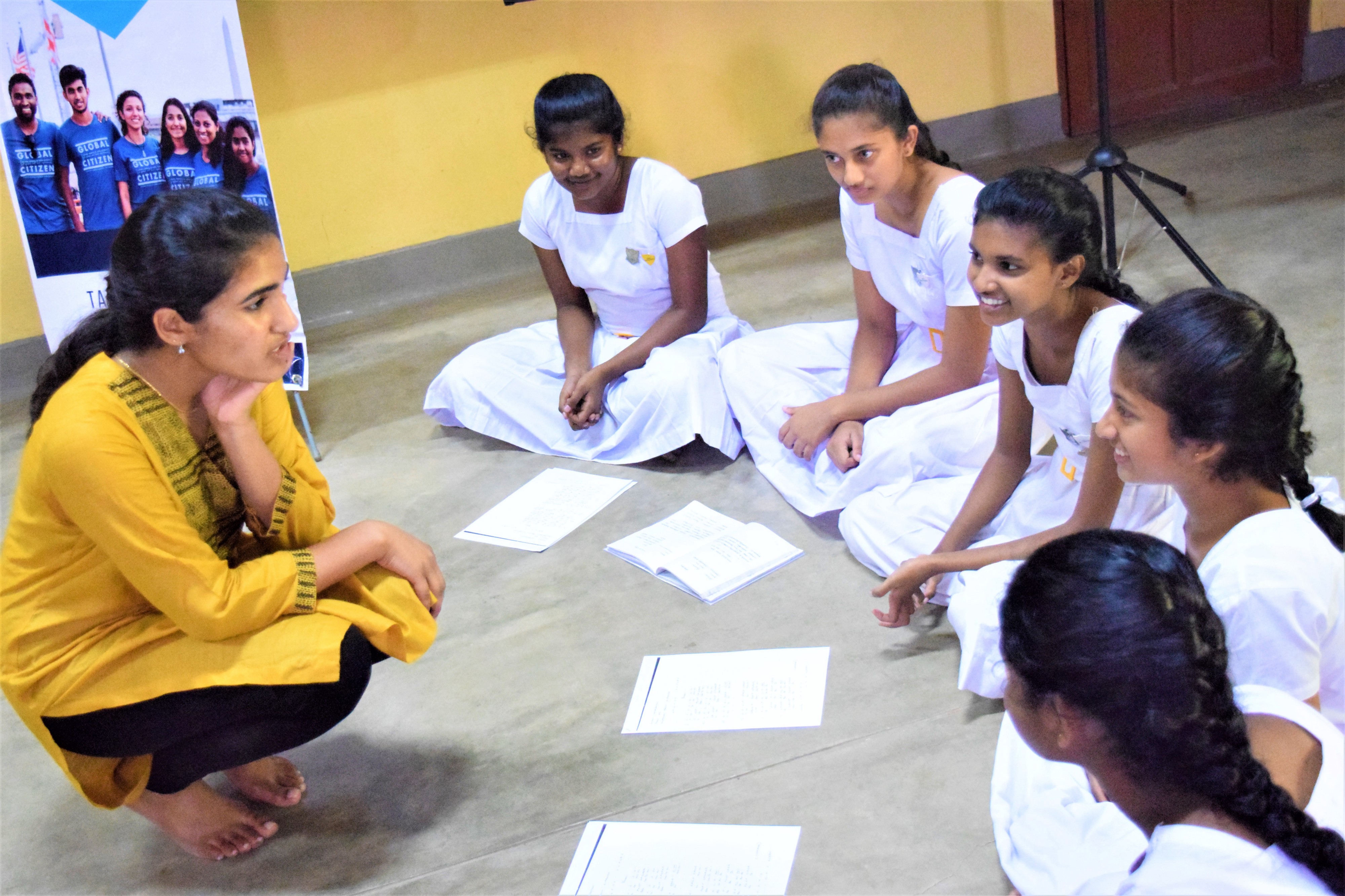 Yerabothu was impressed with the program. "Educate Lanka goes beyond simply providing students with long-term scholarships," she noted. "It also runs workshops that are incredibly valuable to Sri Lankan students; they provide opportunities to learn and acquire important skills and competencies that are not taught in school, helping students bridge the skills and learning gap.

"While I was in Sri Lanka," she continues, "I was thrilled to be assigned the task of designing and conducting a skills development workshop. Drawing on my background in Carnatic music and Kathak (Indian classical dance), I created a workshop that introduced Indian classical music and dance to 15- and 16-year-old girls as a means of appreciating diversity, building confidence, and enhancing self-expression. I was impressed and deeply moved by the girls' enthusiasm and curiosity throughout the workshop."

In reflecting upon her time in Sri Lanka, Yerabothu came to an important realization. "I am a Hindu girl," she said, "being educated at a Christian Episcopal school, who enjoyed the home and hospitality of a Muslim host, visited and prayed at a Buddhist temple, and had rich, engaging interactions with Sinhalese and Tamil students. I cherish these experiences in a country that is being torn along religious and ethnic lines. I hope universal access to education and opportunities will blur ethnic and religious lines of difference in the future. This summer, I saw firsthand how Educate Lanka's work is so critical to realizing this, and I am thrilled to have been a small part of it."

Last fall, Yerabothu received a Massachusetts Cultural Council Traditional Arts Apprenticeship Award, which allowed her to have an immersive learning experience in Kathak this past year. On September 21, she will showcase her learning through a solo dance performance. It will also be a benefit recital to raise awareness and support for Educate Lanka's work.