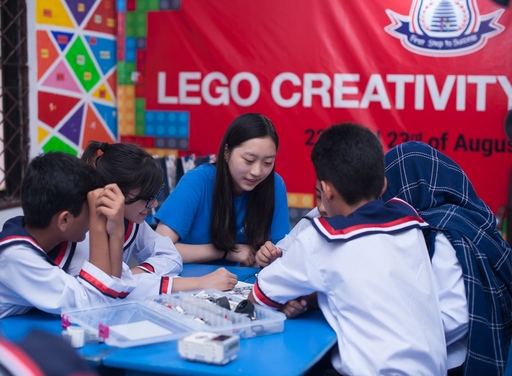 This past summer, Reina Wang '22, a boarding student from Shanghai, China, took the St. Mark's Robotics "Blue Suitcase" project to Pakistan. The "Blue Suitcase" is packed with Lego Mindstorm kits and is used to teach the local children how to perform simple assembling and programming.

In late August, Wang brought the suitcase to the Lynx School in Islamabad, Pakistan, a country where many children—especially girls—do not have higher-level educational opportunities. "The head of the school was so excited to hear about our project since there is hardly any school in Pakistan that offers Lego lessons, even in private schools," said Wang. "They really appreciated the opportunity we offered." 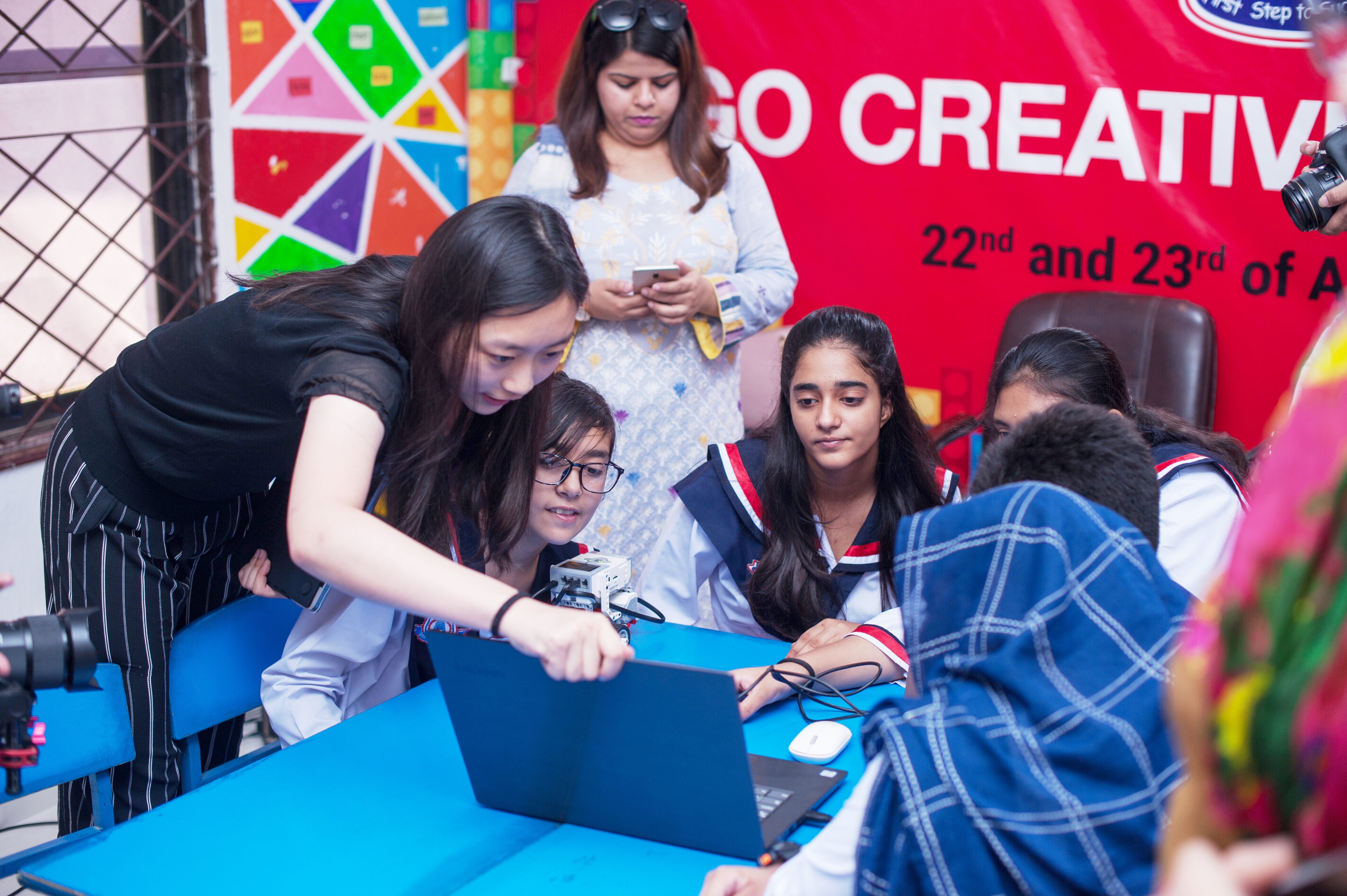 Wang continued: "During the Lego workshop, I first introduced our School's robotics team, showing them our new STEM building, the First Robotics Competition we went to, and the robots we built from previous years. They were impressed by what we did and became more and more interested in STEM. Starting from the basic learning of all the parts of Lego, the children began with building the Lego car within small groups. The engineering part is about creativity that they used their imagination to design the car based on the model given by the instructions. Then we moved on to programming with touch sensors, teaching them how to go straight, turn, and bounce back once the car hits the wall. After I led them through the techniques, the children were able to create their own paths with a number of obstacles.

"For children in Pakistan like them, this is a whole new experience for them." Wang continued. "Lego inspires children with creativity, enhances their logic and problem solving skills, and cultivates the ability to cooperate, communicate and leadership as well. The Lynx School is very willing to spread Lego learning to many other schools in Islamabad and they hope we can bring more advanced Lego to back next year. We would like more students in St. Mark's community can join us in the Blue Suitcase project and bring Lego to more and more places in the world." 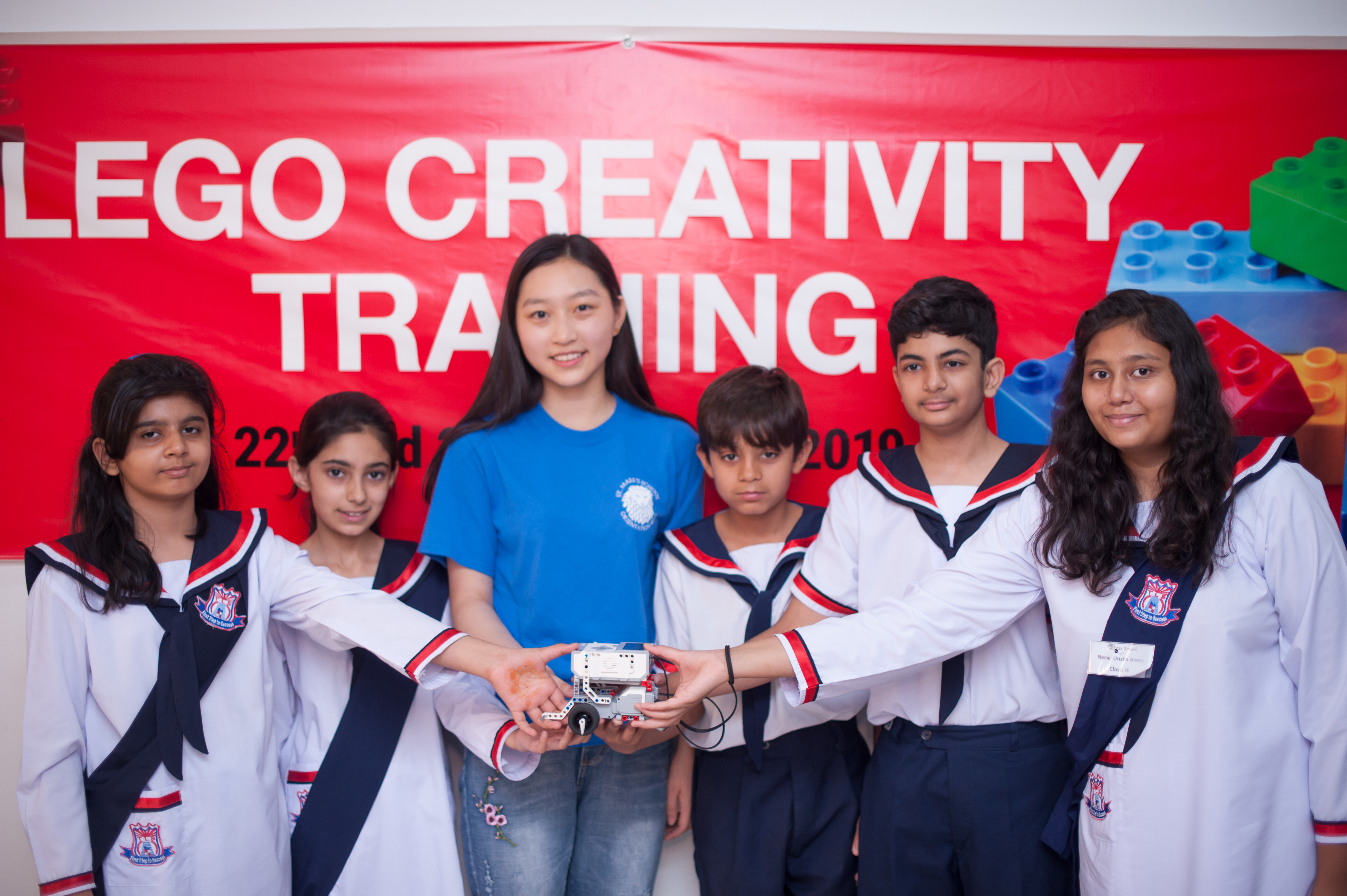