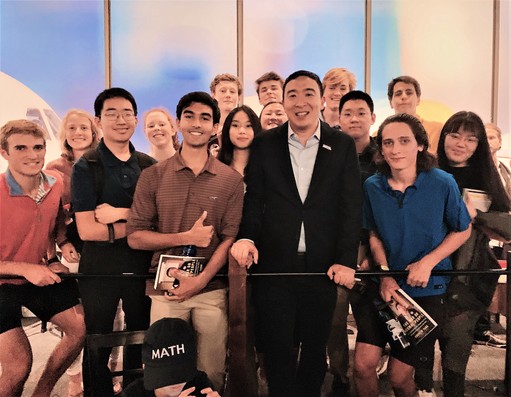 Yang gave an energetic speech highlighting his universal basic income proposal, which was followed by a question-and-answer period. Samantha Leslie '20 asked the candidate whether Yang feared that Trump's impeachment investigation might detract attention from Yang's attempts to campaign on the issues. Yang said that while he supported impeachment, he did worry that it would pull attention away from the real issues that need to be addressed.

Mr. Yang then posed for a photograph with the St. Mark's contingent.

The St. Mark's New Hampshire Primary Club hopes to try to attend an event every couple of weeks, as long as a candidate is in the Nashua area at workable times.