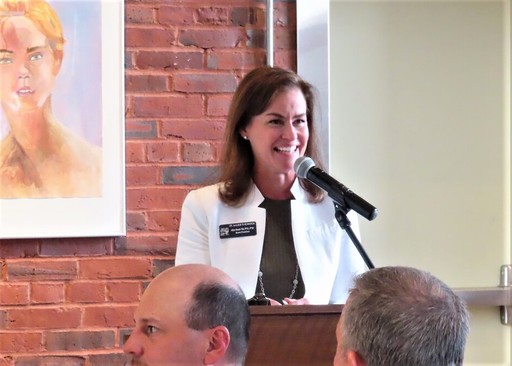 The annual Fall Trustee Weekend at St. Mark's took place from October 24 through 26, 2019. Members of the St. Mark's Board gathered on campus for regular meetings and to celebrate the recently launched Lives of Consequence campaign.

The weekend officially began on Thursday evening, October 24, with a meeting of the campaign's Steering Committee at Choate House. On Friday morning, the Board met to discuss a number of topics and to hear reports from the School's Chaplain and about the Community & Equity program at St. Mark's.

Board President Alys Reynders Scott '85, P'21, 23 (see above) hosted a special luncheon in Taft Hall for faculty and staff. Head of School John C. Warren '74 took the opportunity at that event to introduce the newest additions to St. Mark's staff and faculty. After lunch, Trustees heard about the School's sustainability programs, and attended various committee meetings pertaining to finances, academics, and external affairs. Presentations about the summer's faculty Global Citizenship trip to Beijing and Seoul and about the experiential learning on campus took place in Taft Hall toward the end of the afternoon. 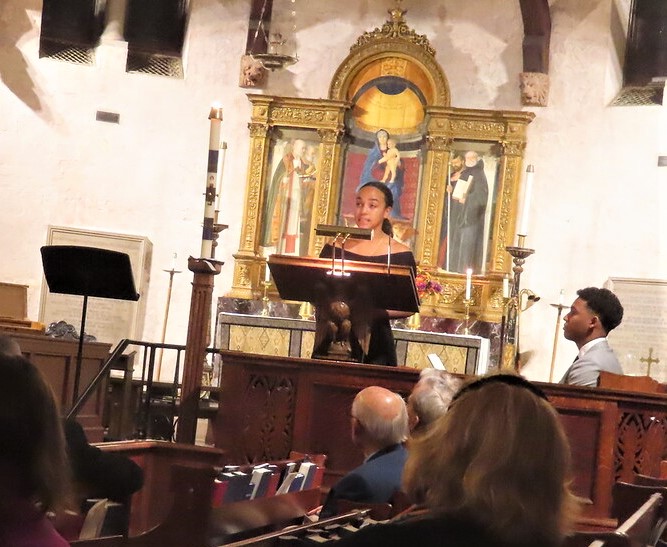 That evening, Trustees joined friends and supporters of St. Mark's for the Founder's Associates Chapel service in Belmont Chapel. The speakers were the current co-Head Monitors: Ashley Battiata and Alexander Sumner. A VI Form boarder from New York City, Sumner delivered the address that he opened the school year with back in September, introducing his listeners to the St. Mark's program and talking about how to make the best of the St. Mark's experience. Battiata, a VI Form boarder from Lawrence, Mass., talked about her background and how the School has enabled opportunities for her that have changed her life. The School Prayer and the School Hymn concluded the service. 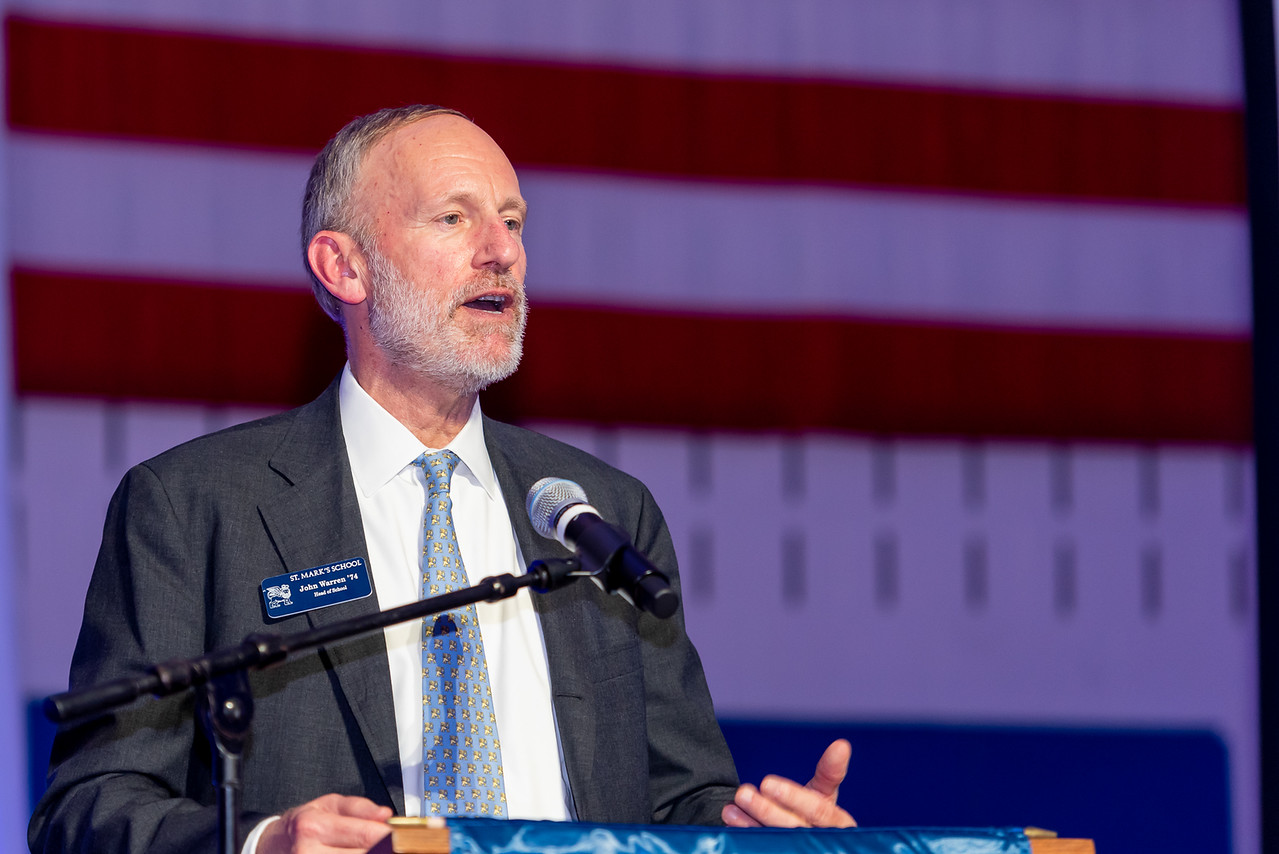 Following chapel, the annual Founders Associates reception and dinner took place in the Michel Faculty Athletic Center. It was a celebration of the successfully launched and ongoing Lives of Consequence campaign, with a goal to raise $115 million for new facilities (including a major residential life initiative), endowed teaching chairs, financial aid, faculty excellence, and the Annual Fund. The speakers at the evening's event were Board President Scott, Head of School Warren, and Campaign Chair Bill Burgess '77, P '07, '08. Paula Hornbostel, a VI Former from New York City, was the student speaker. A special campaign video was unveiled, a student jazz ensemble played, and close to 150 trustees, alumni, faculty, and friends all celebrated St. Mark's together.

On Saturday trustees attended the all-school meeting in the Center. That was followed by more committee meetings and a full board gathering to end the weekend's trustee activities. All in all, it was a most successful Fall Trustee Weekend.