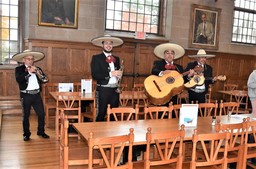 On Monday, October 28, the band Mariachi México Lindo Boston performed before a packed St. Mark's dining hall during seated lunch. They were on campus at the invitation of veteran Spanish teacher Charlie Sellers.

In Spanish 4, Mr. Sellers' students have been studying the traditional Latin American "Day of the Dead", discussing how different cultures view death and how those views and customs may differ from our own. In parts of Mexico and many other areas in the Spanish-speaking world, there is a combination of solemnity and celebration as they honor and pay tribute to family members who have passed away during Día de los Muertos. A large part of the celebration includes music, and in particular mariachi and ranchera music from Mexico.

"During the past three weeks, we have been singing and talking about Mariachi music in all of my classes," said Mr. Sellers. "In the Spanish Literature class that I teach, we were able to look closely at traditional mariachi songs like 'La Llorona,' and we read the legend of La Llorona (the wailing woman), which has its origins in a legend from the Aztecs that was translated into Spanish from Nahuatl. We also talked about Pancho Villa and the song 'La cucaracha' which has its roots in the Mexican Revolution. At school meeting on Saturday, the Spanish 4 classes sang karaoke and got the community to sing the traditional song "Cielito Lindo." The connection between Mexican music and the Day of the Dead is also present in the Disney movie Coco, which our students had the opportunity to see on the big screen in the Class of '45 Hall on Saturday night."

On Monday, at seated meal, students ate pollo con mole, tamales, and Mexican churros while listening to Mariachi México Lindo Boston http://mexicolindomariachi.com/. The band stayed after lunch to sing with the students and to answer questions in Spanish from KK Roussinos's Advanced Spanish class. "In all," continued Sellers, "we are trying to get the students to appreciate different cultures and to motivate them to continue to use their Spanish as they make connections outside of our campus." 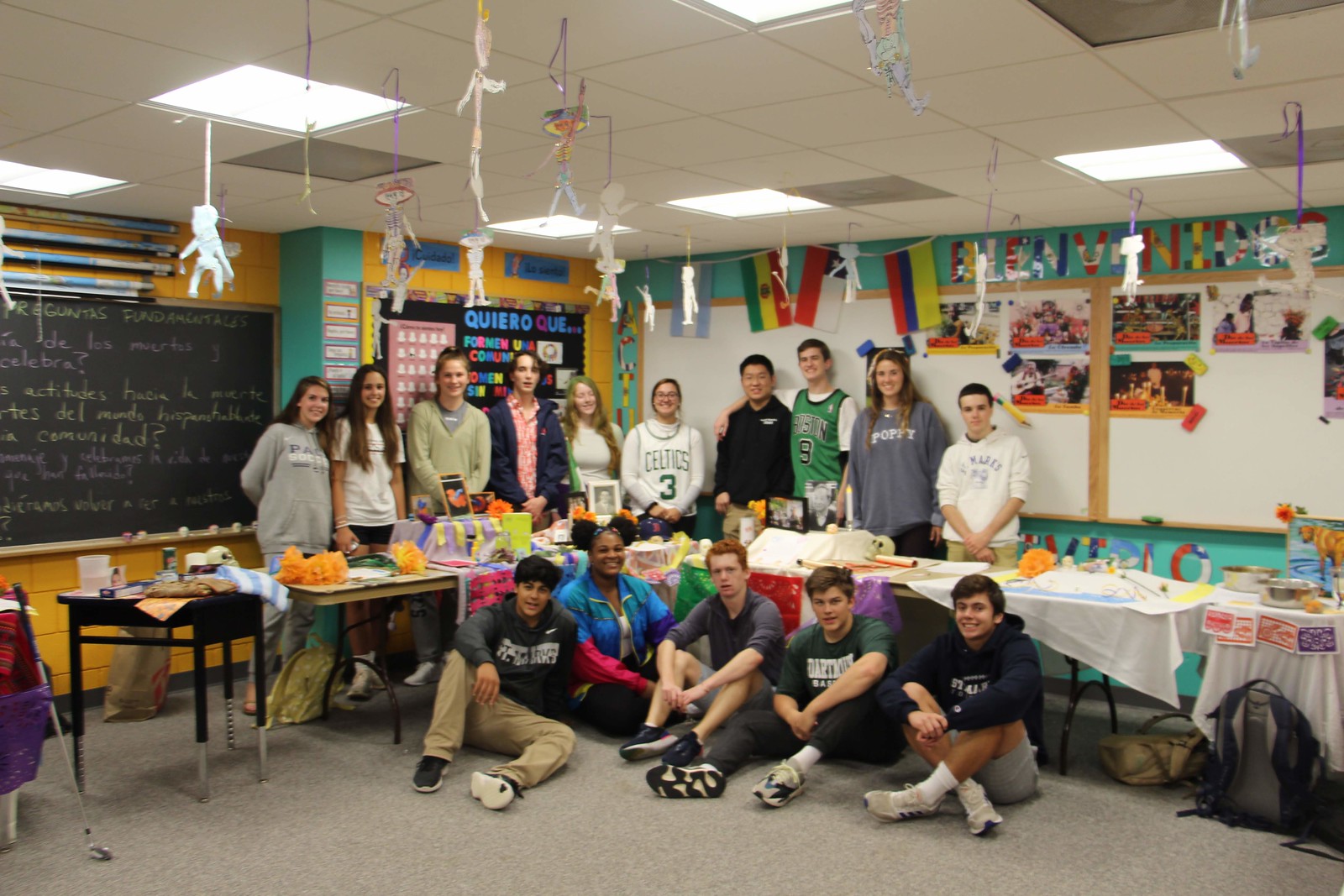 At the end of the week, Spanish 4 students presented Ofrendas (Day of the Dead altars) that they dedicated to loved ones who have passed away. In these projects, students include traditional elements from the Day of the Dead that they have studied, with details about the person whom they have chosen to honor in their presentations.