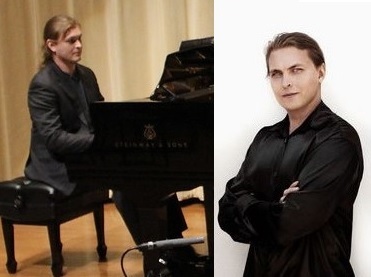 St. Mark's staffer Ilya Kazantsev, accompanist for the School's music program, has been nominated for a Grammy award.

Kazantsev began his music studies in his native Moscow, and at age 9 he was accepted as a student of Valeriy Pyasetsky at the Central Music School of the Tchaikovsky State Conservatory. He moved to the United States in 2002 to continue his studies at the Mannes College of Music and the Manhattan School of Music, working with Arkady Aronov. He currently resides in Boston.

Internationally, Kazantsev has made recital appearances in Germany, Japan, Italy, France, Canada, Ukraine, Belarus, Russia, and Slovenia, as well as the United States. He has also performed extensively with orchestras in Russia and the United States. His many awards and honors include First Prize at the Nikolai Rubinstein International Competition in Paris. He also won the International Chopin Competition in Moscow and the2007 and 2008 World Piano Competitions in Cincinnati.

For almost six years now he has been the principal accompanist for a wide range of St. Mark's choral and instrumental performances. He first learned of St. Mark's in 2013, while he was still living in New York City. Through personal connections, he was asked by then-St. Mark's Director of Music Tom Berryman to help choose a new concert grand piano for the Putnam Family Arts Center's Class of 1945 Hall, at the Steinway factory in New York. The next year, Mr. Kazantsev was in Boston, working on his doctorate at Boston University, and looking for a regular position. James Wallace was beginning his tenure as the School's music director, and a position opened up for an accompanist on the St. Mark's staff, bringing Mr. Kazantsev to Southborough.

The Grammy nomination "makes me feel proud," says Kazantsev. "We faced some pretty serious. . . some very serious competition for the nomination. It's really nice." At the same time, he noted, it's not going to his head. "When I got the call that morning, I was excited," he recalled. "I told my three-year-old son 'Your Papa is a Grammy nominee!' He didn't really care."

The Grammy Awards ceremony will take place on January 26. The Jazz, Blues, and Classical categories will be presented in the afternoon, before the main televised event that evening.

"Huge congratulations to Mr. K," says Mr. Wallace, "and best of luck in the final round of the competition!"