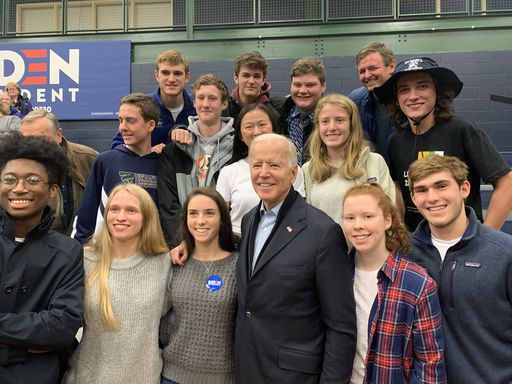 Kerry opened the event with a resounding endorsement of Biden, noting their mutual service in the Senate and the Obama administration. Biden then gave a short speech and reserved time for questions from the audience. 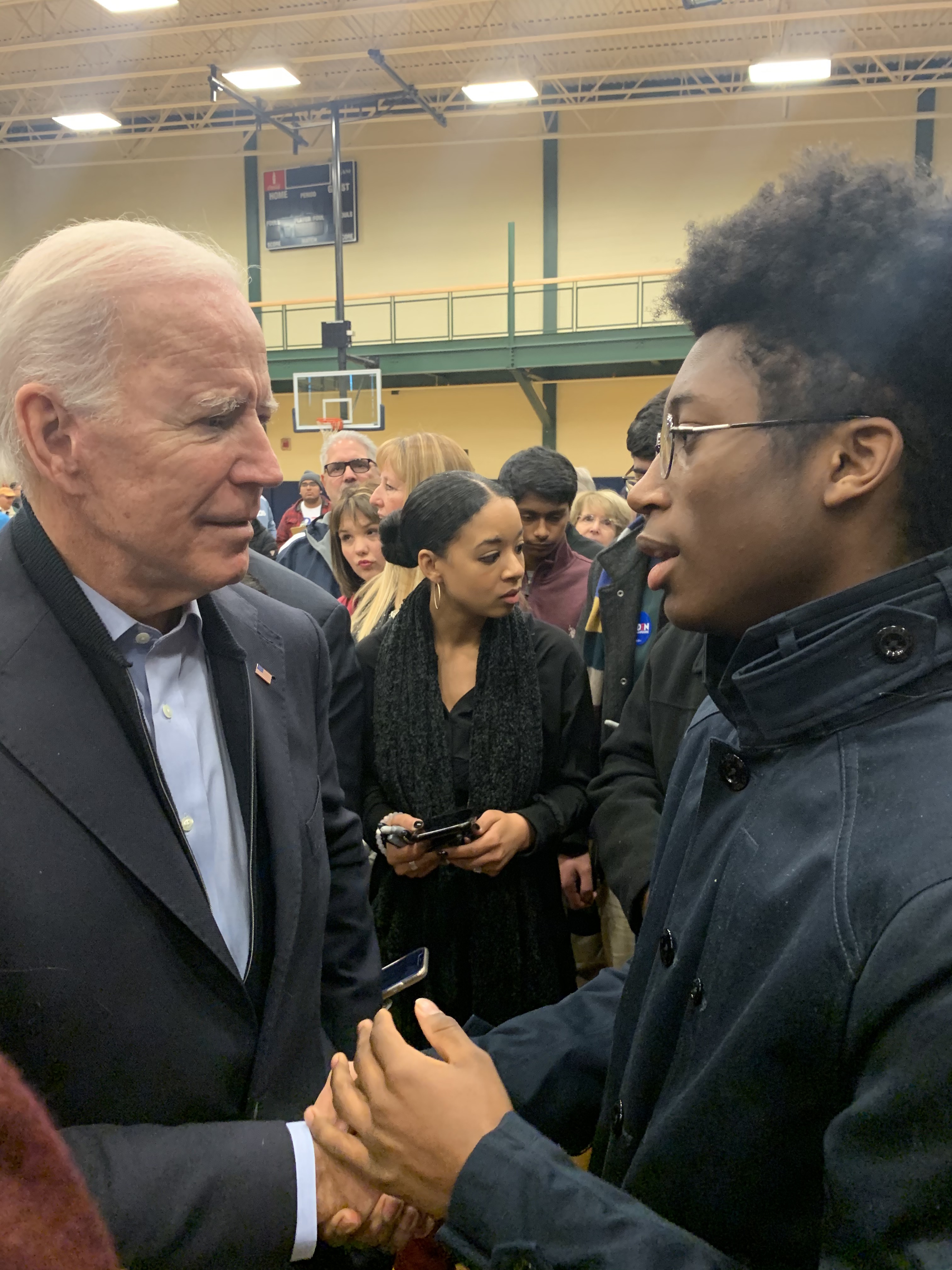 Darius Wagner '23 asked the candidate about both his support for a Green New Deal and how he would approach the challenges faced by oppressed minority groups around the world, including the Kurds in Syria and the Uighurs in western China.

At the conclusion of the rally, Biden spoke individually to members of the audience. At this time, Biden spent a substantial amount of time answering a question from Catherine Pellini '20 about the reauthorization of the Violence Against Women Act.

Biden also graciously posed for a series of photographs with the St. Mark's contingent.

The St. Mark's New Hampshire Primary Club hopes to try to attend multiple events in New Hampshire as we approach that state's primary in February. 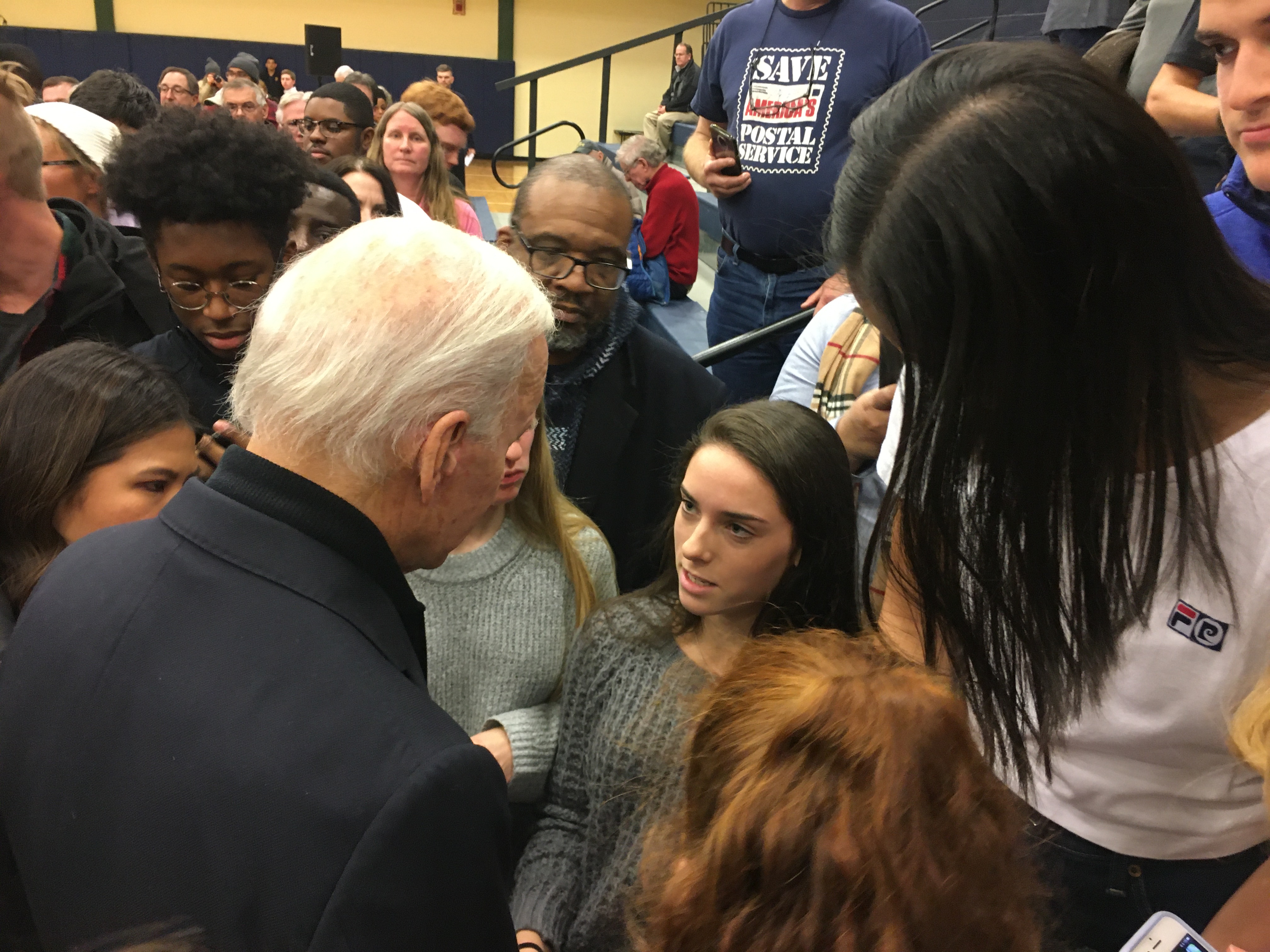