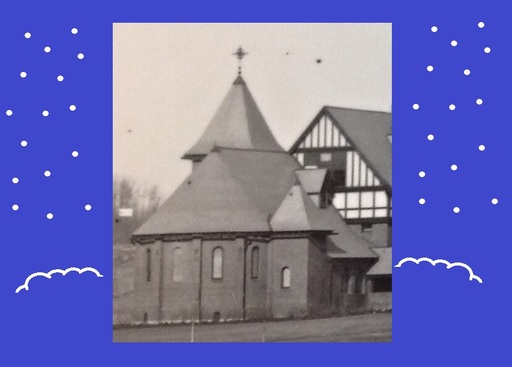 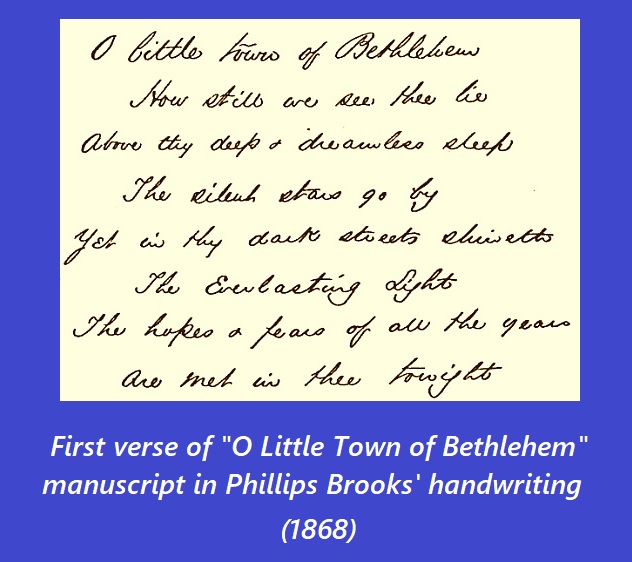 O little town of Bethlehem,
how still we see thee lie;
above thy deep and dreamless sleep
the silent stars go by:
yet in thy dark streets shineth
the everlasting Light;
the hopes and fears of all the years
are met in thee tonight.

That hymn, sung either to its original American melody—St. Louis, composed by Lewis Redner (1831-1908)—or to the tune preferred in England—Forest Green, adapted by Ralph Vaughn Williams (1872-1958) from an old English folk ballad, has been a staple of the traditional service of Lessons & Carols at St. Mark's and around the world for the better part of a century. Yet not many people are aware of the popular hymn's distinctly St. Mark's connection. 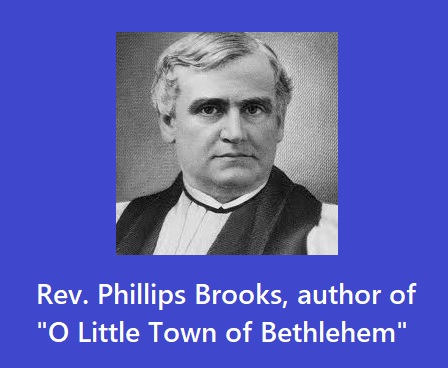 In 1861, the Rev. Phillips Brooks, just 26 years old, became the rector of Philadelphia's Church of the Holy Trinity. During the Civil War he was a confirmed Unionist, speaking out against slavery time and again from the Holy Trinity pulpit. A tall, imposing figure (he stood 6'4", an impressive height for the mid-19th century), and he made a powerful impression on those who met him. Yet he was also known for his gentle kindness, and for his deftness with words. His epic sermon on the "life and death of Abraham Lincoln" was published to great acclaim.

Shortly after delivering that sermon, Brooks traveled abroad. While visiting the village of Bethlehem in the Sanjak of Jerusalem, he was inspired to write a poem. In 1868, when the children at Holy Trinity were preparing for a Christmas Sunday school service, Brooks handed that poem which he called by its first line—"O Little Town of Bethlehem"—to his organist, Lewis Redner, who set it to music. Neither of them thought that the pretty little hymn would last beyond its single performance by Sunday school children that year. 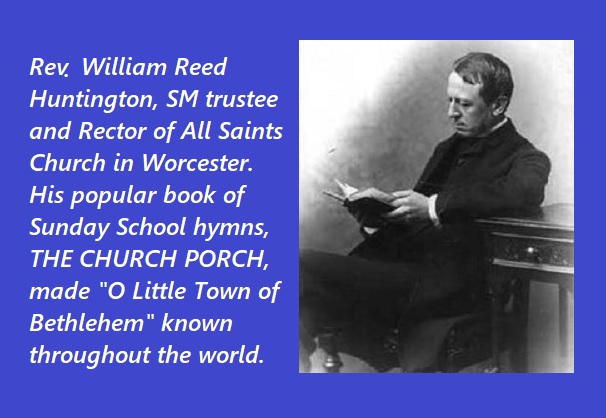 But words were needed for the congregation to follow as they sang, so a Philadelphia bookstore printed leaflets for the service. The handful that remained were put on sale by the bookstore and one of them ended up in the hands of the Rev. William Reed Huntington, rector of All Saints Episcopal Church in Worcester, Mass., and a member of the St. Mark's School Board of Trustees. Huntington was planning to publish a book of Sunday School hymns, and he asked Brooks for permission to use his new carol in that effort. It was through Huntington's book, The Church Porch, that "O Little Town of Bethlehem" became known far and wide, eventually becoming a Christmas classic. 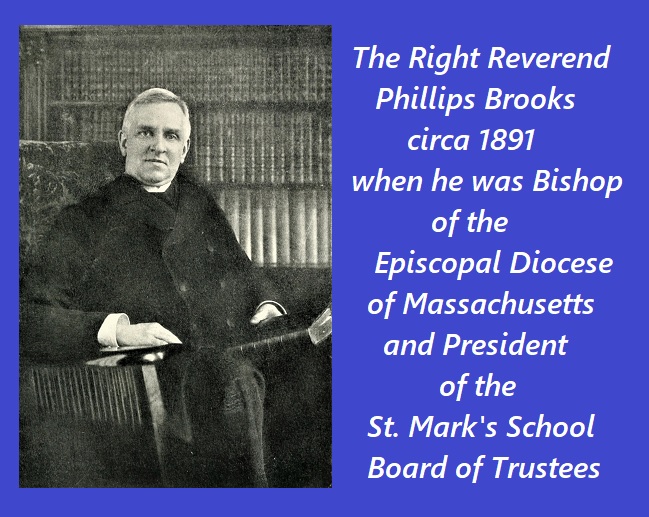 More significantly, Phillips Brooks was invited to be rector of Boston's prestigious Trinity Church in 1869. Over the next two decades, Brooks became a much-loved figure in the church. He was especially celebrated for his work with young people, and for his gentle but firm guidance of lay leadership. In 1884, he first visited Southborough, delivering the sermon to a congregation made up substantially of students and faculty from both St. Mark's and the Fay School for a special October Harvest service. Seven years later, he was elected bishop of the Episcopal Diocese of Massachusetts. In that role, he officially assumed the title of president of the St. Mark's School Board of Trustees.

One of the Right Reverend Phillips Brooks' very first acts as both bishop and board president was to consecrate the newly constructed Belmont Chapel and to dedicate the now essentially finished new main building at St. Mark's. On the afternoon of Wednesday, October 21, 1891, a large crowd gathered in the Belmont Chapel for the service of consecration, with Bishop Brooks officiating. Following the service, Bishop Brooks joined other guests on a tour of the spacious new facility. Then students, faculty, trustees, and guests reassembled in the dining hall for the dedication ceremony. Bishop Brooks greeting and blessing the students on behalf of the Christian Commonwealth and the ceremony ended with a benediction delivered by the bishop.

The next year and more was a difficult time for St. Mark's, however. Bishop Brooks had to deal with challenging controversies among the St. Mark's trustees. Twice the headmaster, William E. Peck, offered his resignation, but it was gently refused by Bishop Brooks who managed, despite ill health, to keep all sides focused and relatively calm. But tragically, on January 23, 1893, Phillips Brooks died.

The loss of this beloved Massachusetts clerical icon shook the entire Boston religious community. A half-century later, Mrs. Edward Drown of Boston noted that "... they buried him like a king. Harvard students carried his body on their shoulders. All barriers of denomination were down. Roman Catholics and Unitarians felt that a great man had fallen in Israel." One little girl, upon being told of Bishop Brooks' death, was heard to exclaim: "O Mama—how happy the angels will be!"

The funeral was held in Boston. From St. Mark's came Headmaster Peck and the trustees, and they brought with them almost the entire VI Form. The pews of Trinity Church, Brooks' parish for more than two decades, were filled to overflowing, and hundreds of people stood out in the cold and wind of Copley Square, heads bowed in grief. An admirer of Brooks from the time he was a student at Harvard, the Rev. William Lawrence perhaps best summed up the impact of his friend and mentor:

The short and great Episcopate of Phillips Brooks
gathered the Diocese into close spiritual unity
through the power of his personality.

The power of that personality was now lost to the St. Mark's board. Ultimately it would be that same William Lawrence, elected to succeed Phillips Brooks as bishop of Massachusetts, who would guide the School out of its difficulties and into an era of success.

And every year at the St. Mark's Service of Lessons & Carols, voices are raised in song, singing the words written by a man who once was president of the St. Mark's trustees and who consecrated and dedicated Belmont Chapel, a special place for generations of St. Markers since: words popularized by another St. Mark's trustee; words that are sung around the world wherever Christmas is celebrated.

O holy child of Bethlehem,
descend to us, we pray;
cast out our sin and enter in;
be born in us today.
We hear the Christmas angels
the great glad tidings tell;
O come to us, abide with us,
our Lord Emmanuel!