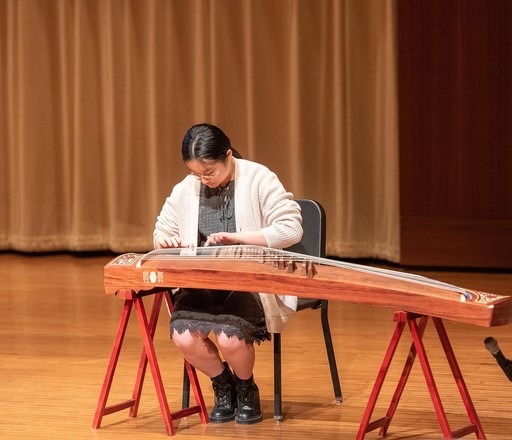 It has been a music-filled January at St. Mark's, all culminating in the 28th Annual Wick Choral Festival: Friday, January 31 and Saturday, February 1 in the Putnam Family Arts Center's Class of 1945 Hall. 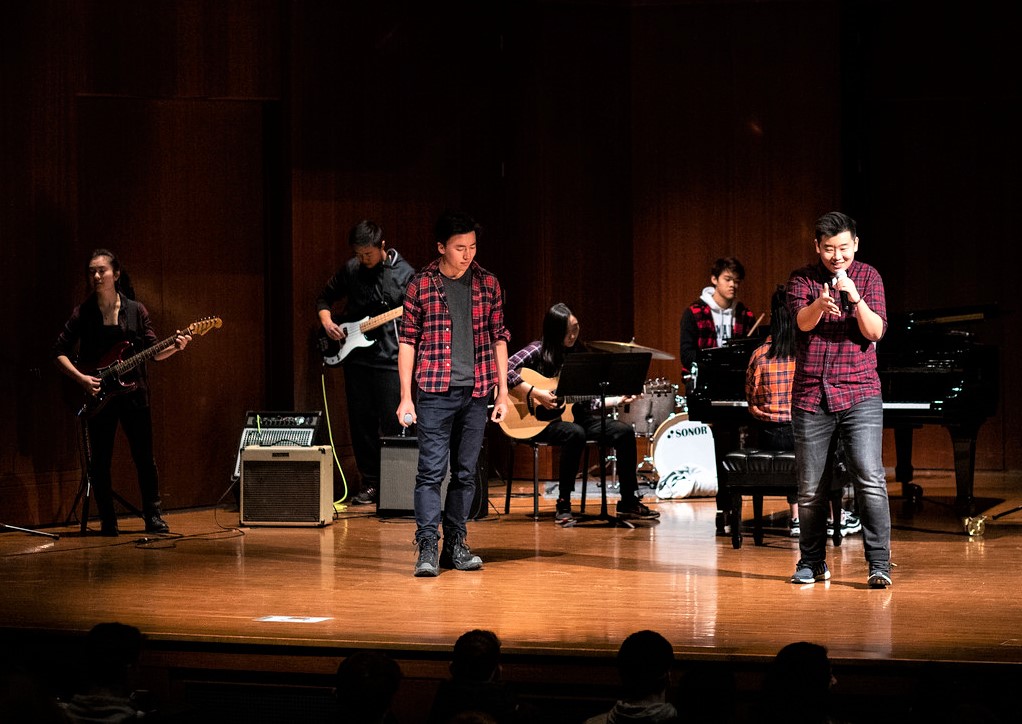 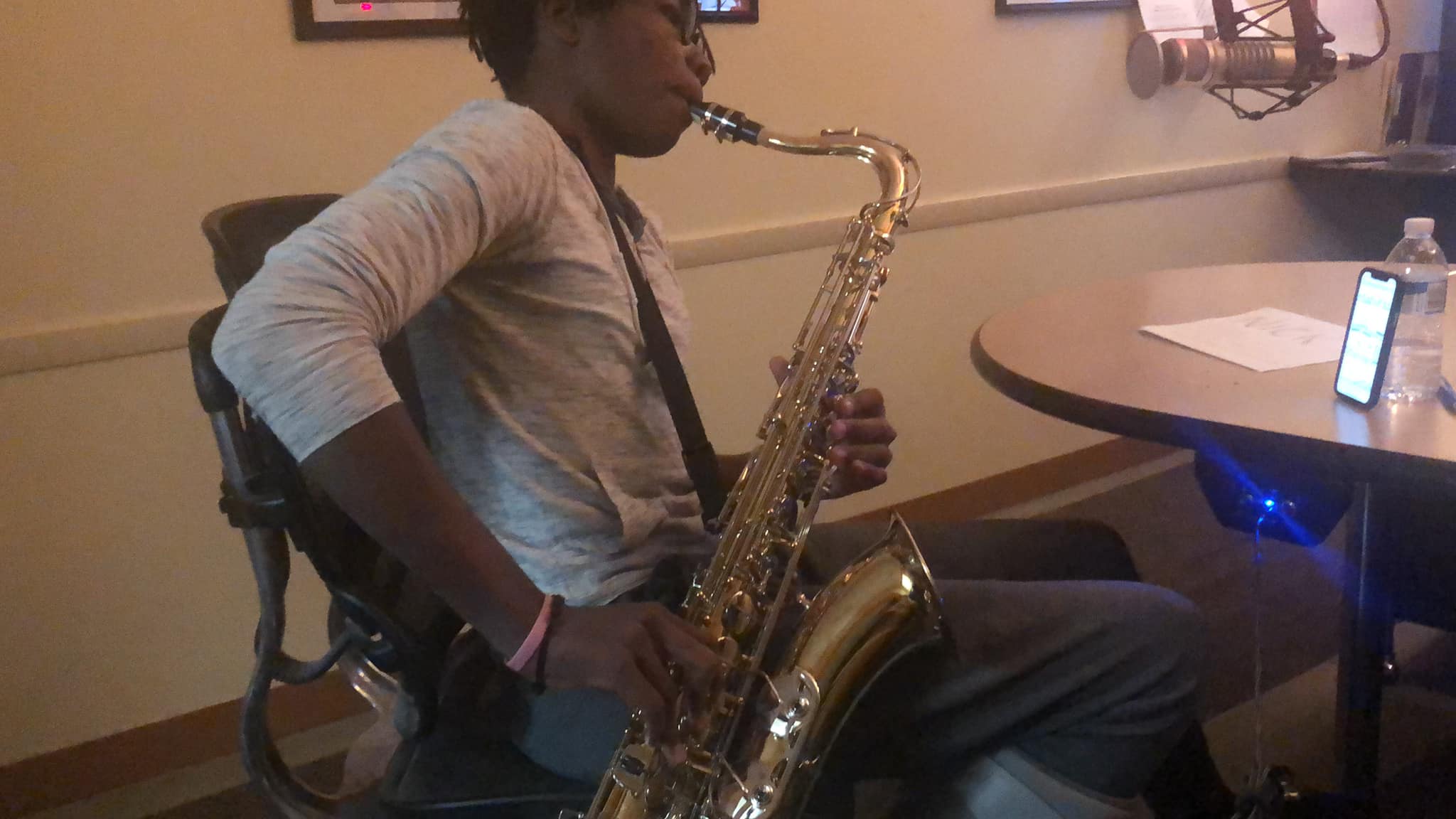 On Thursday, January 23, Logan Matthews '22 was the special guest co-host for THE FOLK REVIVAL program on WICN (Worcester Public Radio). It was the eighth year in a row that Matthews has appeared on that program's annual "Singing the Dream" show, celebrating the life of Dr. Martin Luther King Jr. and the legacy of African-American music. A member of St. Mark's jazz ensemble, the IV Form day student from Southborough also played his saxophone on the air that night (right). St. Mark's alumnus and staffer Nick Noble '76 has been the regular host of THE FOLK REVIVAL for the past 13 years.

On Friday, January 24, at the Trustee Weekend service in Belmont Chapel, Ryder Henry '20 played a movement from a French horn concerto by Richard Strauss, accompanied on the piano by St. Mark's Director of Music James Wallace. Later that same evening, the ceremony introducing a new endowed faculty chair in Asian Studies began with a musical prelude from Lanruo Lora Xie '20, a VI Former from Chengdu, China. She played the guzheng, a traditional Chinese stringed instrument similar to a zither, autoharp, or fretted dulcimer (pictured above right). 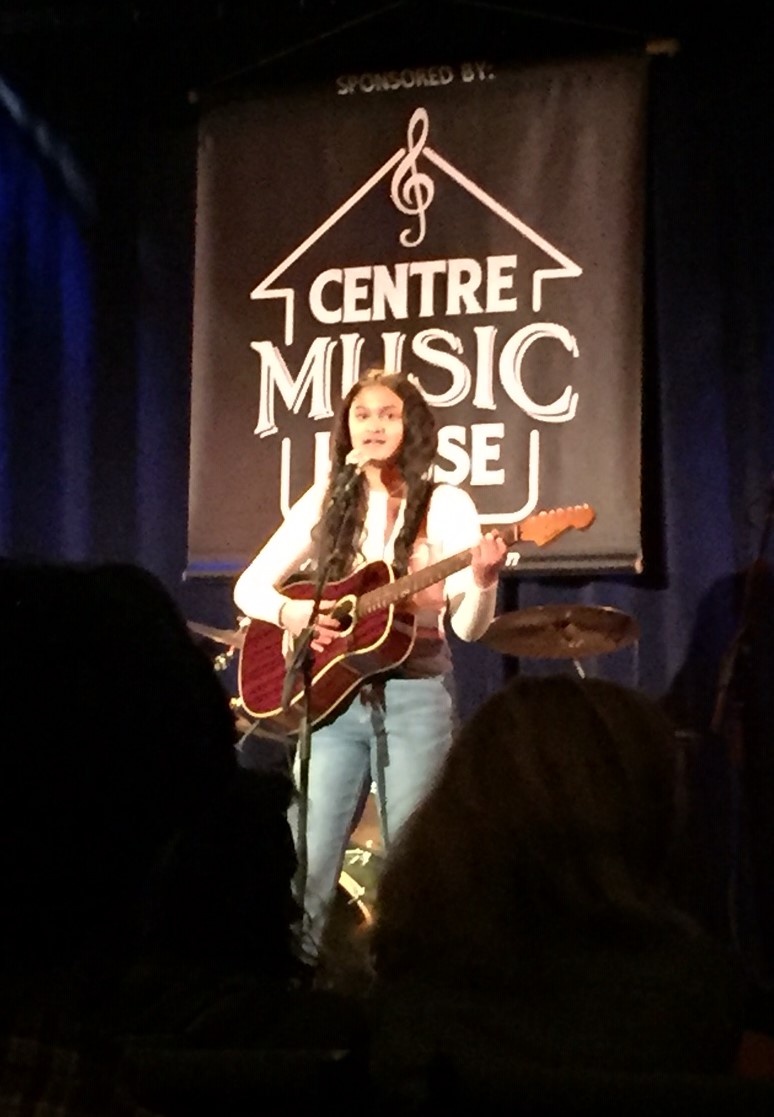 That same night, Padma Mynampaty '22 (left) made her public debut as a singer-songwriter, performing four original songs onstage at Framingham's Amazing Things Arts Center. A veteran of St. Mark's coffeehouses and two radio appearances, the IV Form day student from Southborough will be the opening act at a folk concert in Worcester in mid-April.

Then, on Tuesday night, January 28, the choir performed the anthem "Day by Day" at the monthly evening chapel service.

With so much music at St. Mark's in January, it is fitting that St. Mark's will close out the month with the 28th annual Wick Choral Festival. St. Mark's a capella groups gave a quick teaser performance during the week as a preview.

The Myron A. Wick, Jr. Choral Festival is offered annually in memory of SM alumnus Myron A. Wick '33, and in honor of his lifelong enjoyment of singing. It was established in 1992 through the generosity of the Wick family and friends. Each night starting at 7:30, St. Mark's and three or four other high schools sing a cappella—vocal arrangements of pop songs without instruments—and then each night's program will conclude with a featured college a cappella group.

On Saturday evening, January 31, the Marksmen and the Royal Blues will perform, along with groups from Northfield Mount Hermon, the Wheeler School, and Algonquin Regional High School, The featured college act of the night will be the Buffers, a men's group from Hamilton College. That group includes St. Mark's alumnus Jonathan Shakespeare '18.

On Sunday, February 1, the Royal Blues and the Marksmen will be joined by groups from Cushing Academy, Roxbury Latin, Noble & Greenough, and Middlesex. Sunday's featured college performers will be a women's group: the Hamilton College Tumbling After. Singing for Hamilton will be St. Mark's alumna Kaela Dunne '18.

There will be even more music in February, including the annual opera trip, an informal afternoon concert, the Winter Student Showcase, and the choir performing Stanford's "Te Deum in B-Flat" at evening chapel. St. Mark's has a long history of musical excellence, led by renowned faculty members such as James H. Marr (20 years), J. Stanley Sheppard (35 years), and Thomas Berryman (30 years). Mr. Wallace and his outstanding music department have inherited that legacy and are continuing that tradition. 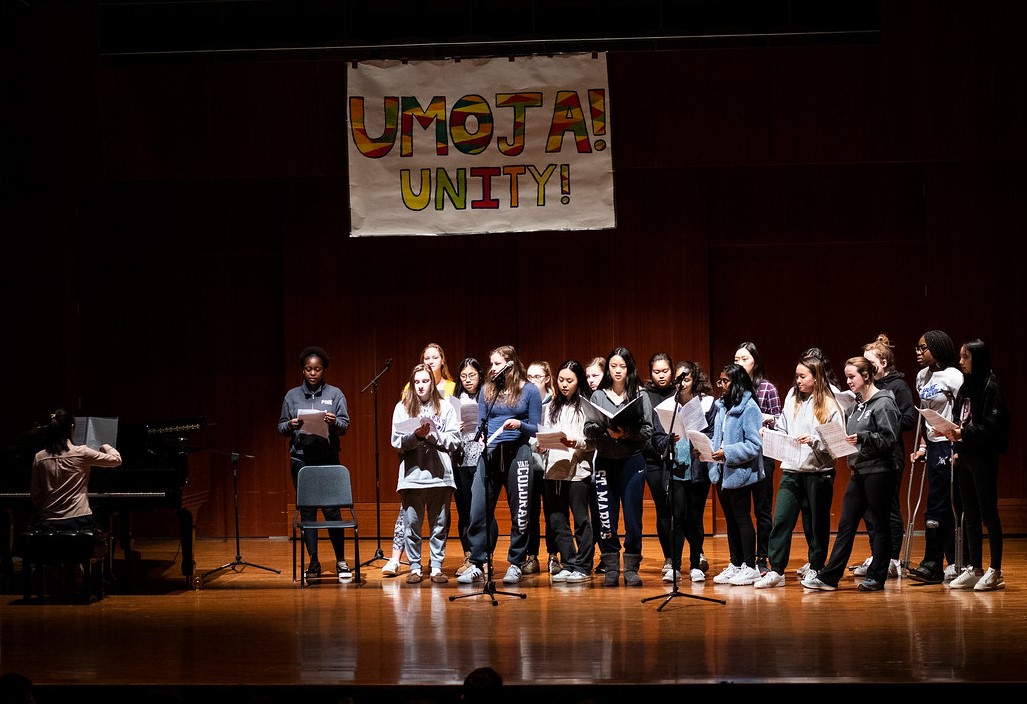