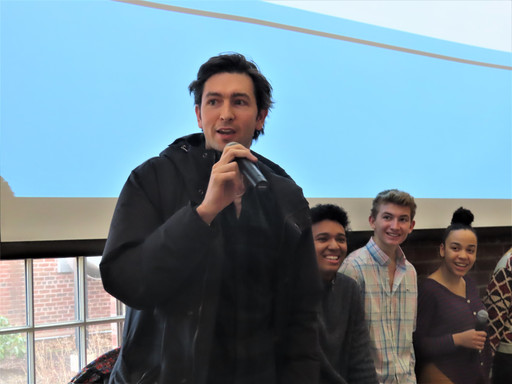 For five days in February, St. Mark's alumnus Nicholas Braun '06 visited the School, meeting with students and faculty and working with students in Theater Arts classes and the upcoming winter play.

Braun, currently a cast member in the Golden Globe-winning HBO drama series Succession, has been a professional actor since the age of twelve. He made his television debut in 2001, in the made-for-cable drama Walter and Henry, and he first appeared on the big screen in the 2005 superhero comedy Sky High. Since then, he has appeared in 19 motion pictures—including several Disney films and the 2012 hit The Perks of Being a Wallflower. Braun has also been in numerous television shows and films. He was a regular on the ABC-Family series 10 Things I Hate About You from 2009 to 2010.

As a student at St. Mark's, Braun was a Monitor and a member of the Student Life Committee, was a member of the Octet, and was active in several Theater Arts productions. In conversations during his visit, Braun commented on how nice it was to be back. "The school has changed," he acknowledged. He also said that "being able to teach, to work with the students, is great."

"Nick's patience and passion have been invaluable in helping our actors gain a deeper understanding and application of their skills," said St. Mark's Theater Arts teacher Chris Kent. "Nick is a thoughtful and skilled actor and he has helped both beginning and advanced students recognize the power in working one moment at a time. He has shown incredible care and has been fully invested in every interaction with our students, from working through scenes from the winter play, or workshopping with the Theater 1 students, or jumping in to play improv games with our advanced acting students, Nick has given his all to each moment and our young actors, in turn, have responded, raising their level of performance and solidifying their new understandings. It has truly been a joy to have him on campus, sharing his insights and giving himself in service of our students."

NICK BRAUN '06 pictured below with the cast and crew of St. Mark's 2020 Winter Play, The Last Days of Judas Iscariot. 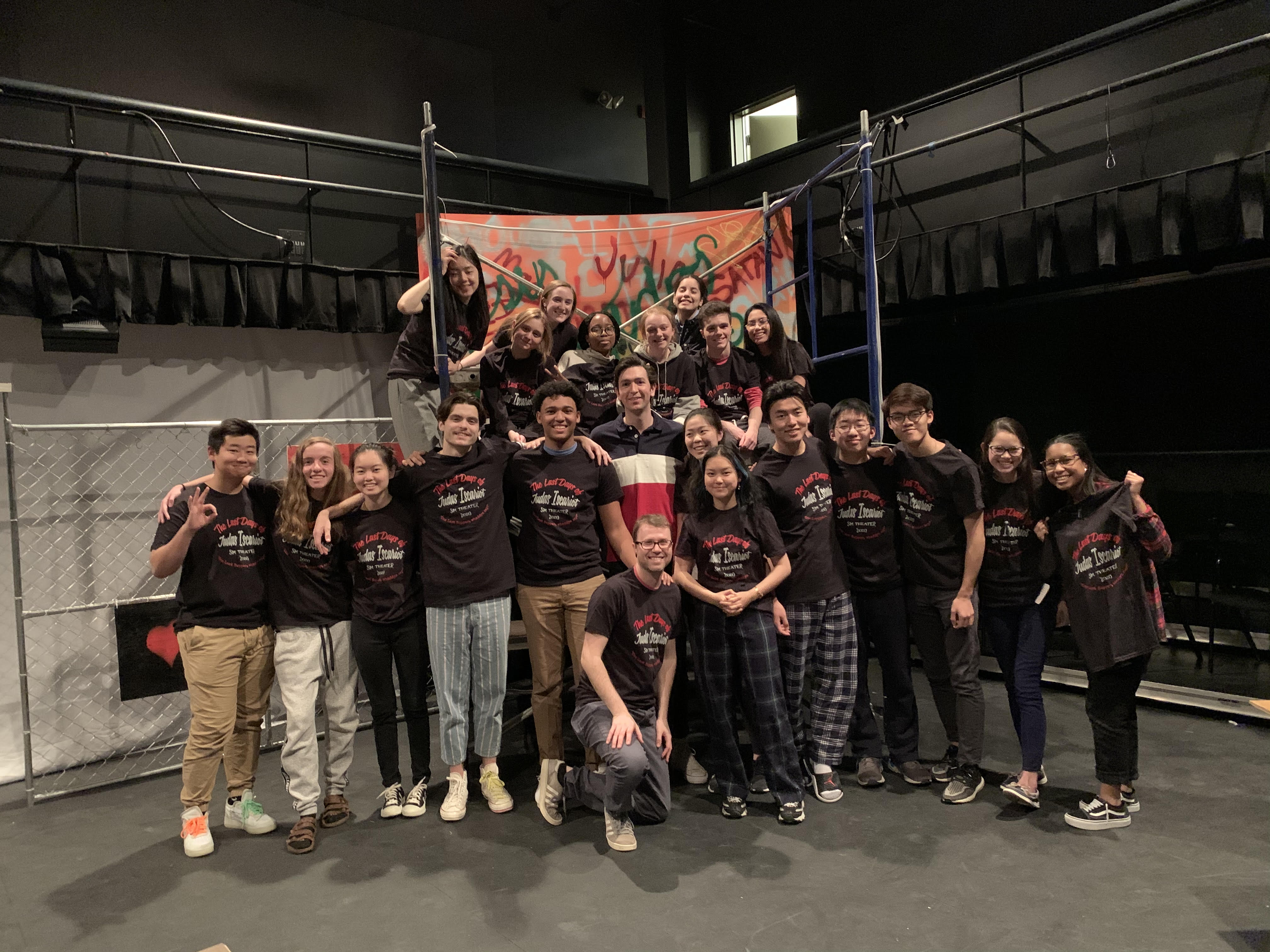