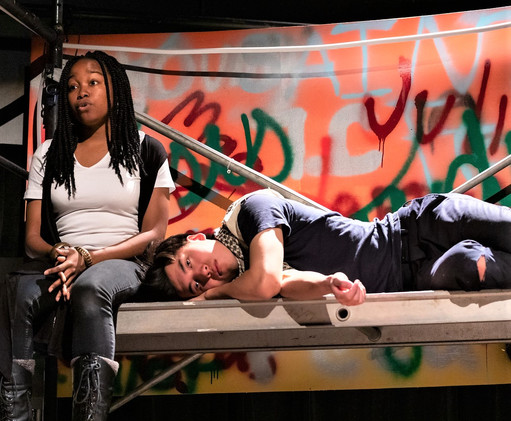 The Winter Play: An Intriguing, Well-Acted Drama of Ideas
Feb 25 2020

This year's winter play, The Last Days of Judas Iscariot by Stephen Adly Guirgis, tells an intriguing story wrapped around ideas. The St. Mark's production, which will be performed this coming Thursday, Friday, and Saturday evenings, February 27, 28, and 29, in the Putnam Family Arts Center's Black Box Theater, is a beautifully acted experience well worth seeing.

The narrative—an imaginary court case about Judas Iscariot, held in purgatory and featuring a lineup of witnesses both historical and legendary—delves deeply into themes such as honesty, loyalty, belief, and friendship; touching on topics including culpability and guilt, blood libel, good and evil, and a host of philosophical and theological issues. It is then, a play of ideas, conveyed through three-dimensional characters brought to life by an ensemble cast of talented St. Mark's actors. 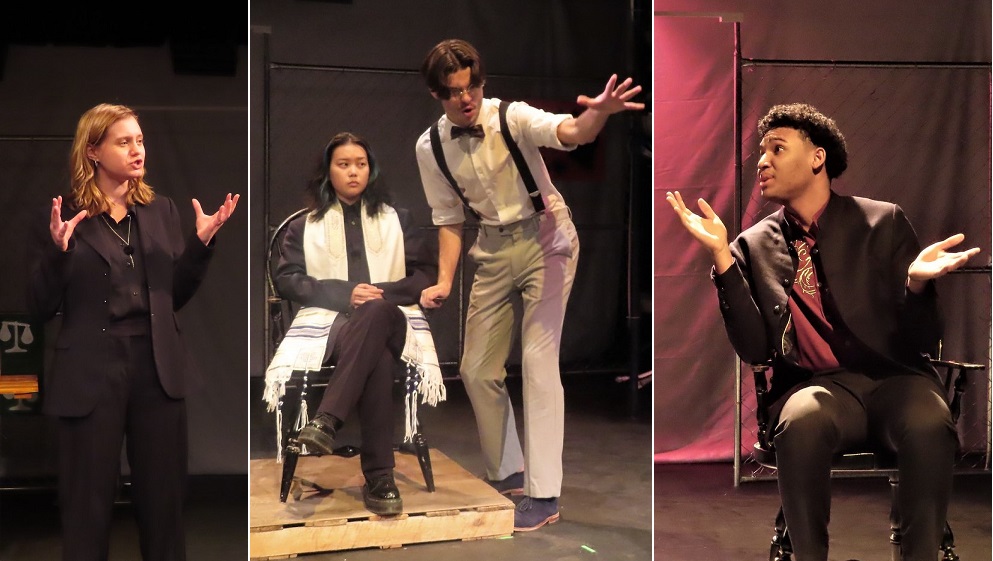 In the title role, VI Former Yiwei Liu brings a brooding intensity to the part that is both sincere and affecting. Fellow VI Former Illia Rebechar gives a creatively complex seriocomic portrayal of Yusef El-Fayoumy, the advocate committed to keeping Judas in hell. Arguing on behalf of Judas, IV Former Sydni Williams is edgily fierce in a carefully controlled but ultimately passionate performance as Fabiana Aziza Cunningham. Michael Ferlisi '22 is perfect as the judge: at once abrupt, abrasive, straightforward, and evasive. His accent also brings a memorable character to life. Samantha Wang '21 sensitively plays the judge's put-upon bailiff.

Then there are the witnesses and other supporting characters. As Satan, VI Former Alexander Sumner owns every scene he is in, imbuing the part with delightfully dynamic panache and calculatedly caustic humor while slowly revealing the ambiguity of evil. Alex Chen '21 as Caiaphas the Elder compellingly conveys the stubbornness of a religious bureaucrat while fellow V Former Kevin Takayama creates a force of nature in his entertainingly idiosyncratic portrait of a bullying, conceited, horrifyingly pragmatic Pontius Pilate. 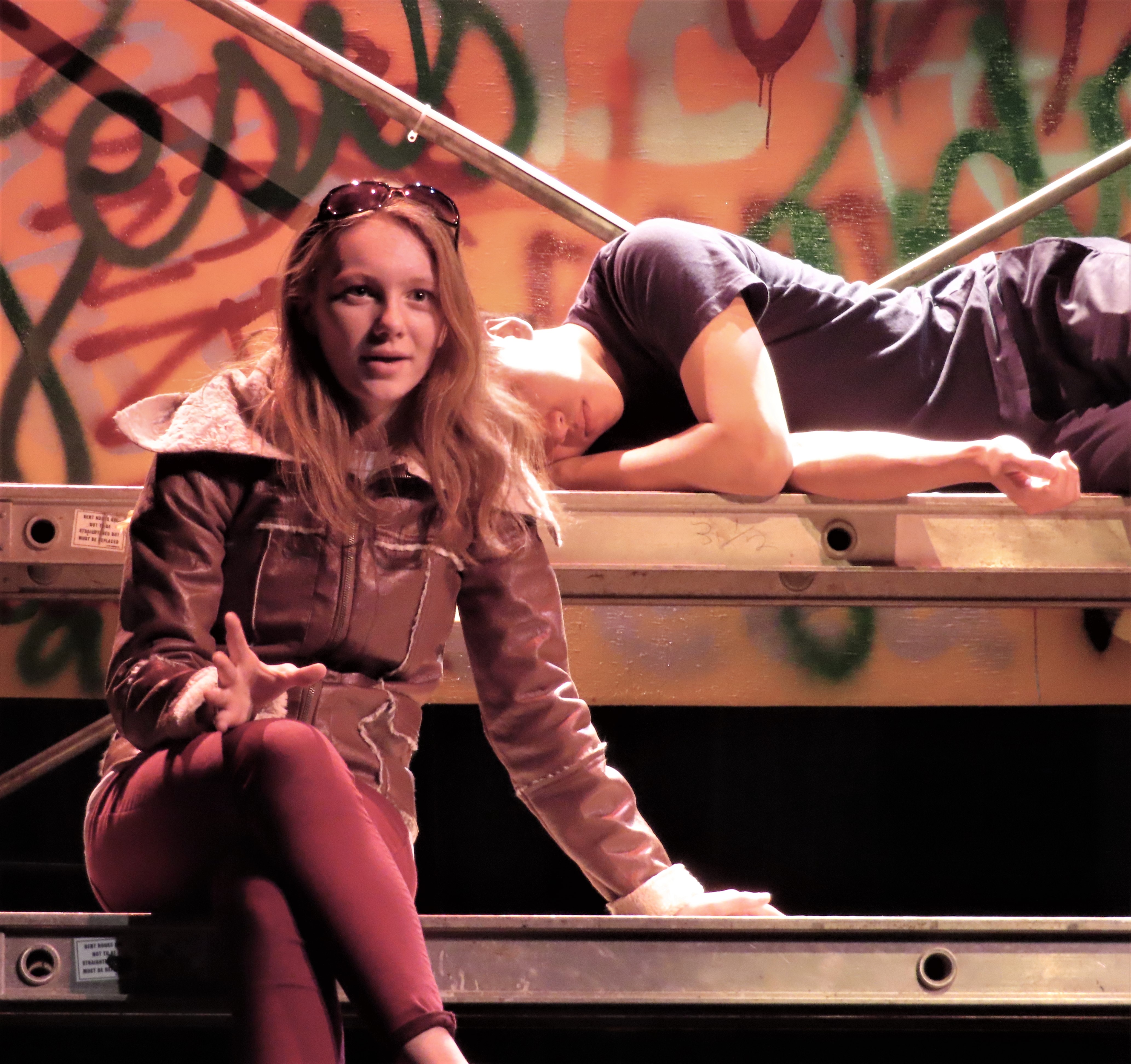 Anu Akibu '20, Elise Gobron '21, and Kendall Sommers '22 are excellent playing multiple roles. Akibu is boldly profane and powerfully effective as Saint Monica, and then becomes someone completely different as she takes on the role of Mother Theresa. Gobron opens the show with a heart wrenching scene as Judas' mother, then turns forthright and pointed as Mary Magdalene in a scene featuring her impressive interplay with Akibu's Saint Monica. Sommers adds a sparkling energy to the production as Gloria, and then gives a strong portrayal of Sigmund Freud on the witness stand, complete with German accent.

The entire cast is strong. Although his stage time is limited, IV Former Aiden Tam brings a gentle dignity to the role of Jesus. Rebecca Wu '21 is sincere and believable as Matthias of Galilee. In their single scene, VI Formers Kian Sahani and Jack Griffin as Saint Peter and Saint Matthew respectively are perfect in their roles, bringing both humor and pathos to their interactions. Also in multiple roles, Lina Zhang '21, Sophie Ledonio '23, and Steven Yang '23 add energy and depth to the production. 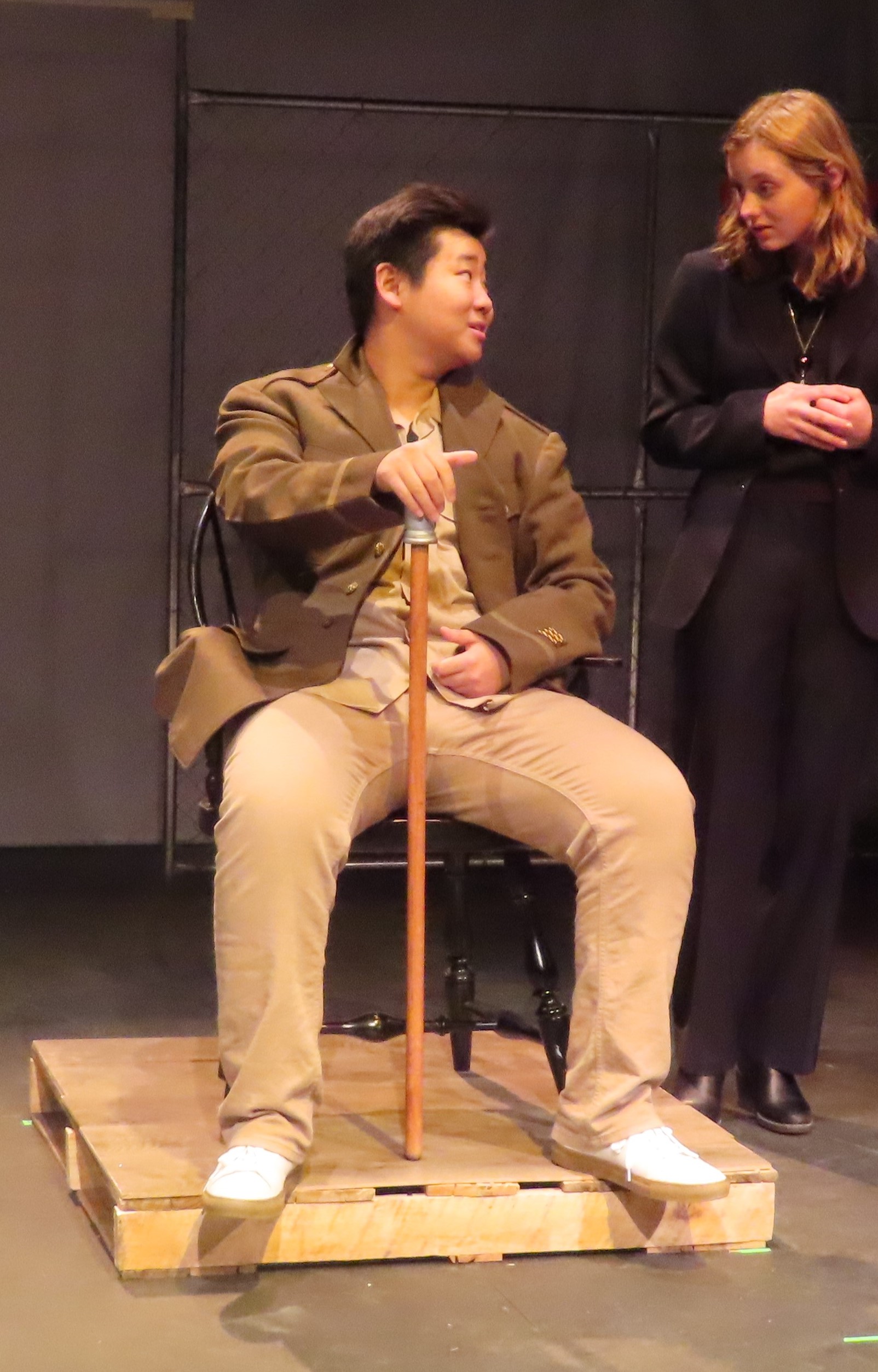 The production itself is superb. Directed carefully and artfully by veteran Theater Arts teacher Christopher Kent, this version of The Last Days of Judas Iscariot, first produced off-Broadway in 2005, delivers both the emotional intensity of an effective drama and the intellectual spark ignited by the intersection of controversial theological and philosophical discourse. Mr. Kent was ably assisted recently by visiting acting coach Nicholas Braun '06 and the production is well-supported by a trio of IV Form stage managers-- Lauren Tran, Lowell Fenstermacher, and Daniella Pozo, along with assistant stage manager Charlie Poulin '23.

On Thursday, Friday, and Saturday evenings the show will begin at 7:30 p.m. Admission is free, but seating is limited, so for reservations, please contact Mr. Kent at christopherkent@stmarksschool.org.