After a two-year hiatus, St. Mark's hosted the 38th Peabo Gardner Alumni Hockey game on the evening of Saturday, February 29.

Split into Blue and White teams, alumni and guests played two 25-minute periods. The Blue team won by a score of 7-5. 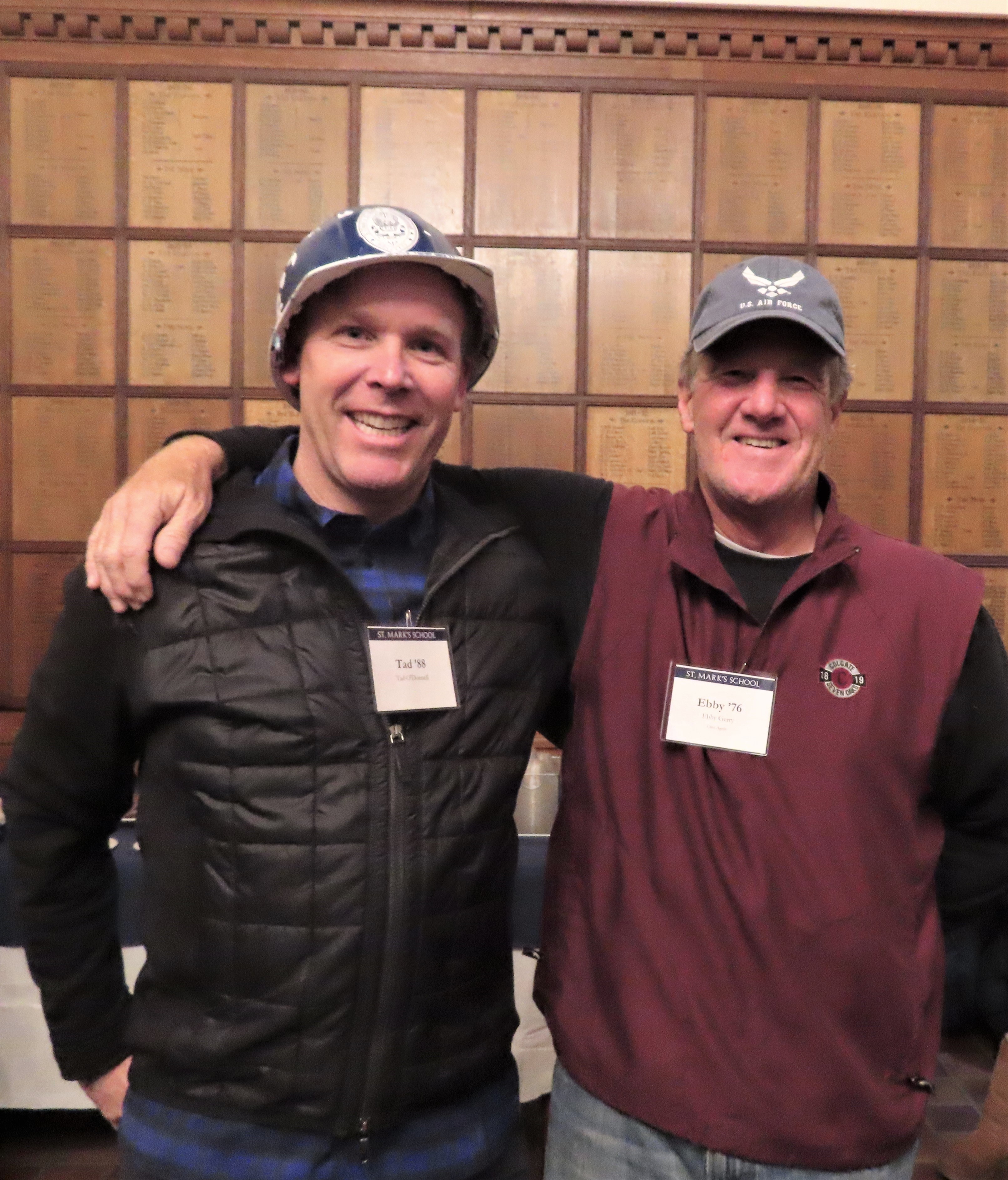 A reception followed in the Elkins Field House Trophy Room. Ebby Gerry '76 (right), the oldest player on the ice, who made 27 saves in goal for the winning Blue team on the evening, was asked to present the alumni hockey game's traditional Hard Hat award. Gerry who has played in 31 of the 38 Peabo Gardner alumni hockey games at St. Mark's over the years, was recipient of the Hard Hat award in 2017. The following year, he presented it to 92-year-old Bruce Gardner, coach of St. Mark's hockey from 1976-1986. St. Mark's won the ISL title in 1976 and Gerry was the league's top goaltender that season. Coach Gardner died in 2019, and so Gerry presented the Hard Hat to Tad O'Donnell '88 (left) who began his St. Mark's career playing for coach Gardner on a 17-2 ISL championship team.

The current plan is for the Peabo Gardner Alumni Hockey game to be played every other year, coinciding with St. Mark's hosting Groton in both boys' and girls' varsity hockey.