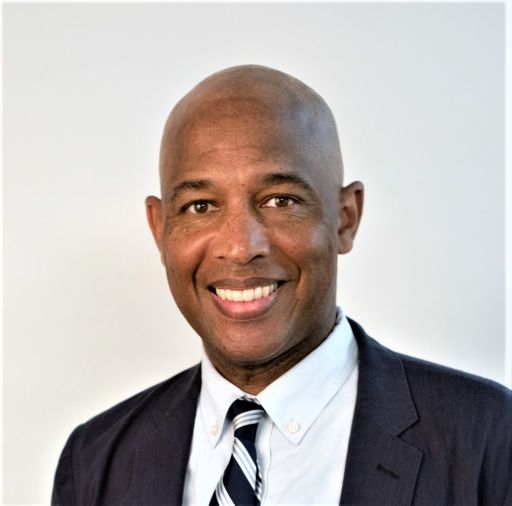 Head of School John C. Warren '74 has announced that John Daves will join St. Mark's on July 1, 2020, as director of community and equity affairs. Dr. Daves is currently upper school principal at Carolina Day School in Asheville, North Carolina, and has previously served as dean of faculty at the Pennington School in Pennington, New Jersey; director of diversity and inclusion and English teacher at Park Tudor School in Indianapolis, Indiana; and English teacher at Phillips Exeter Academy, Montgomery Blair High School, and Friends Central School in Wynnewood, Pennsylvania.

"One of the many features of Dr. Daves' background that made his candidacy stand out," reported Mr. Warren, "is the thought leadership he has exhibited in each of his schools in the approach to diversity, equity, and inclusion both inside and outside the classroom." Dr. Daves has extended that thought leadership, Mr. Warren continued, "by helping fellow educators from a range of schools develop their DEI leadership techniques and curriculum at two summer institutes which he created and directs: The New Jersey Association of Independent Schools Diversity Institute at the Pennington School and the Exeter Diversity Institute."

Dr. Daves is a graduate of the Pennington School, earned his B.A. in political science at Susquehanna University, M.A.T. in English at Colgate University, and his Ph.D. in American studies at the University of Maryland. Dr. Daves' dissertation is entitled "Raising Black Dreams: Representations of Six Generations of a Family's Local Racial Activist Traditions (1845-2006)." He has presented at the American Studies Association Conference as well as at Princeton University, Franklin & Marshall College, the North Carolina Association of Independent Schools and the National Association of Independent Schools.

"I am so pleased that Dr. Daves said 'yes' to St. Mark's because going from strength to strength in the leadership of community and equity affairs is vitally important to our School," stated Mr. Warren. In that work, Mr. Warren continued, "Dr. Daves will build on Loris Adams' excellent leadership of community and equity affairs at St. Mark's for the last four years. The exceptional scope and vibrancy of our School's Pathways program is one of Ms. Adams' foremost legacies." Mr. Warren offered appreciation, too, for Ms. Adams skillful organization of periodic all-school events: opening of School orientation, community and equity co-curricular meetings, and Community and Equity/Gray Colloquium Days "that allow deep searching consideration of important identity issues—on the individual level and the group level." Also, Mr. Warren reported, Ms. Adams "has been instrumental in our hiring work and has led events on campus that have helped alumni of color develop a stronger relationship with the School." Ms. Adams will become the director of equity and community life at the Hewitt School in Manhattan, starting this summer.

Dr. Daves will be joining St. Mark's with his wife, Jeanine Daves, a labor and employment lawyer.