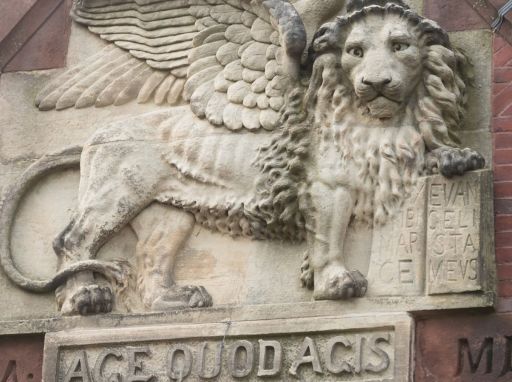 When its 156th academic year gets underway this autumn, St. Mark's will welcome 11 new faculty members to the school community. Five will be teaching STEM subjects, four will be joining the Modern Languages Department, one will become part of the admission team, while another will be assuming the administrative responsibilities of directing the School's Community and Equity program.

Andrew Bergdahl joins the St. Mark's Math Department after serving as the Mathematics Department Chair of the Stoneleigh-Burnham School as well as a summer instructor and dorm head at Phillips Academy, Andover. He earned his B.S. in mathematics from the University of Minnesota and an M.S. in mathematics from Nicholls State University. Andrew has coached mathletes, volleyball, fencing, squash, ultimate frisbee, soccer, and outdoor club.

David Friedman comes to Southborough from King's Academy, a boarding school in Jordan where he developed their blossoming computer science program. David has a B.A. in mathematics and computer science from Dartmouth College, where he competed in track and ultimate frisbee. He has coached high school soccer, cross country, and track and served as a player/coach for the Jordanian national ultimate team.

Maggie Kelly will teach biology and coach crew. She is an alumna of Teach for America, for which she was a corps member in Boston. Maggie has her MEd. from Boston University and a B.A. from Georgetown University, where she was captain of the varsity sailing team. She is excited to return to a boarding school community, having graduated from Middlesex in 2013.

John Kennealy comes to St. Marks from the Kent Denver School in Englewood, Colorado where he taught 6th grade science as well as coaching boys' and girls' soccer and Upper School cross country and track. He has also coached middle school boys' and girls' soccer. John holds a B.A. in biochemistry from Bowdoin College and is a graduate of Phillips Exeter Academy.

Viva Zhao will join the St. Mark's Science Department after teaching biology and anatomy and serving as an instructional coach at Basis Independent Silicon Valley in San Jose, California. She holds a B.S. in brain and cognitive Sciences from the University of Rochester, a B.M. in piano performance from Eastman School of Music, a M.A.T. in secondary science education from Dominican University and an Ed.D. in Education from Northeastern University. While working at the University of Rochester's Neuroscience Lab, she examined our body's response to music, the shared neural circuits with communication and music's effect on intelligence, emotions, and memory. Furthermore, she is excited about experiential learning and leveraging it to inspire a love of biology in her students.

Franklin Chen joins the St. Mark's Modern Language Department as a teacher of Chinese. Franklin was a Founding High School Mandarin Teacher at the Neighborhood Charter School in Dorchester, Mass. Prior to that, he had been an ESL teacher, a teaching fellow at Harvard, and an administrator in higher education working with international students. He is bilingual in English and Mandarin Chinese. He earned a Master of Education from the Harvard Graduate School of Education as well as a Master in Business Administration from the University of Massachusetts.

Downing Bray Kress will teach French at St. Mark's. She will also be teaching English. She has been teaching French as well as literature courses at New York University, where she earned her Ph.D. from the Department of French Literature, Thought and Culture. She was also a substitute teacher at the Collegiate School in New York City. She earned a B.A. in comparative literature and society from Columbia University, and studied abroad at the Université de Paris VII.

Visaury Moreta joins the Modern Language Department as a Spanish teacher. She comes from the Roxbury Latin School where she coached, advised and taught Spanish. Visaury, a native Spanish speaker, holds a B.A. in Spanish and Latin American and Latino studies from the College of the Holy Cross, and an M.S. in education from the University of Pennsylvania. She is eager to join a boarding school, and looks forward to meeting and engaging with the community.

Maureen Russo comes to St. Mark's from Schreiner University in Kerrville, Texas where she was an associate professor of Spanish and Latin American studies. Maureen holds a Ph.D. from Georgetown University in Spanish literature and cultural studies. She also earned a master's from Georgetown in Spanish literature and cultural studies and a B.A. in Italian and Spanish. Maureen has been teaching Spanish for many years at the university level, both in the U.S. and Columbia. She is excited to teach Spanish at St. Mark's and is looking forward to engaging with students both in and out of the classroom.

New to the St. Mark's Admission Office in 2020-2021 will be Devin Worthington. He joins the School's admission team after serving as an admissions officer at Cheshire Academy and an admissions counselor at Hobart College. A Hobart graduate, he earned his undergraduate degree in media and society. Devin will also be part of the St. Mark's football program's coaching staff.

John Daves has already been hard at work this summer as St. Mark's new director of community and equity affairs. Dr. Daves comes to Southborough after serving as upper school principal at Carolina Day School in Asheville, North Carolina. Previously, he was dean of faculty at the Pennington School in Pennington, New Jersey; director of diversity and inclusion and English teacher at Park Tudor School in Indianapolis, Indiana; and English teacher at Phillips Exeter Academy, Montgomery Blair High School, and Friends Central School in Wynnewood, Pennsylvania.

These 11 highly qualified and talented individuals will enrich an already strong St. Mark's faculty for the 2020-2021 academic year.

Pictured at the top of this article, the bas-relief sculpture of the Lion of St. Mark with the School's motto Age Quod Agis engraved beneath was a gift to St. Mark's from educator Harrison Otis Apthorp who had served on the St. Mark's faculty from 1880 through 1883. At the time of this gift, in 1890-91, Apthorp was headmaster of Milton Academy. The sculpture still guards the gateway to the St, Mark's main building cloister, where it will welcome these new faculty as they arrive on campus.