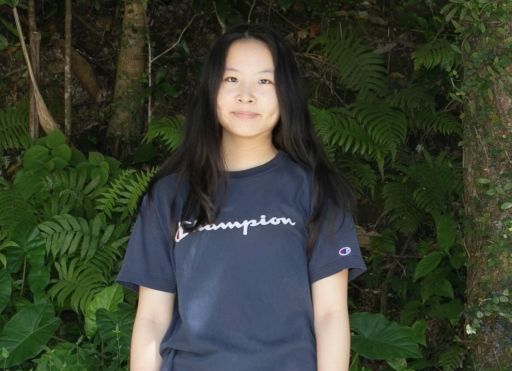 Christine Ling '23 has released the first edition of Lingoscope, an interscholastic, multilingual online publication. It is a wholly student-run online platform "where students learning foreign languages can engage with each other and publish their work."

"I was inspired to start Lingoscope for two reasons," says Christine, a IV Former from Hong Kong. "I have been studying German for a few years now and for the past few months, I have worked on articles, media, and presentations relating to German and German culture. With inspiration from other St. Mark's publications such as Leo and the Vindex, I wanted to start a foreign languages focused platform for students to publish and showcase their work. Additionally, because of the pandemic, many exchange trips have been cancelled. I was actually supposed to go to Germany last June to participate in an exchange program at the Wittelsbacher Gymnasium. Unfortunately, that couldn't take place. Because of that, I was inspired to launch an alternative, accessible virtual platform for students to engage with each other and learn about different cultures. I pitched the idea to Dr. Warren, the faculty advisor of Lingoscope back in September. Since then, we have reached out to various SM partner schools and international schools. It was also during this period of time that we built up the incredible Lingoscope team which consists of a board of directors, website managers, content strategists, and editors. The Lingoscope team has been instrumental in launching the Lingoscope platform and publishing our first issue."

Indeed, the Lingoscope team now includes 17 students, and the premier issue features 18 language pieces in eight languages—Chinese, English, French, German, Greek, Italian, Latin, and Spanish—written by students from 10 different schools in four countries. One of the contributors to Lingoscope's debut is a student from the Scindia School in Gawlior, India who recently took part in a successful virtual exchange program with partner school St. Mark's.

Click here to see the debut edition of Lingoscope.