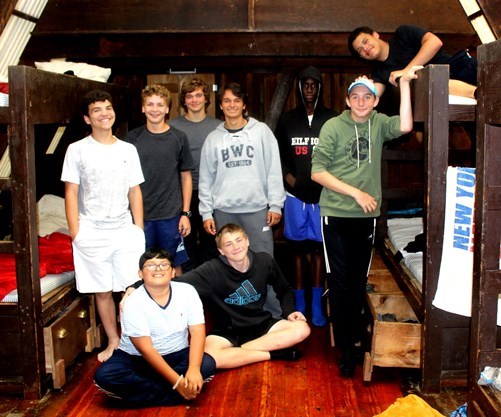 This summer, as in each of the last 96 summers, students from St. Mark's School have gone up to Brantwood Camp in Peterborough, NH, as volunteers working with inner-city youth. In addition, St. Mark's alumni and faculty are continually involved with the Camp in a variety of ways: as trustees, supporters, and advocates to the greater community. 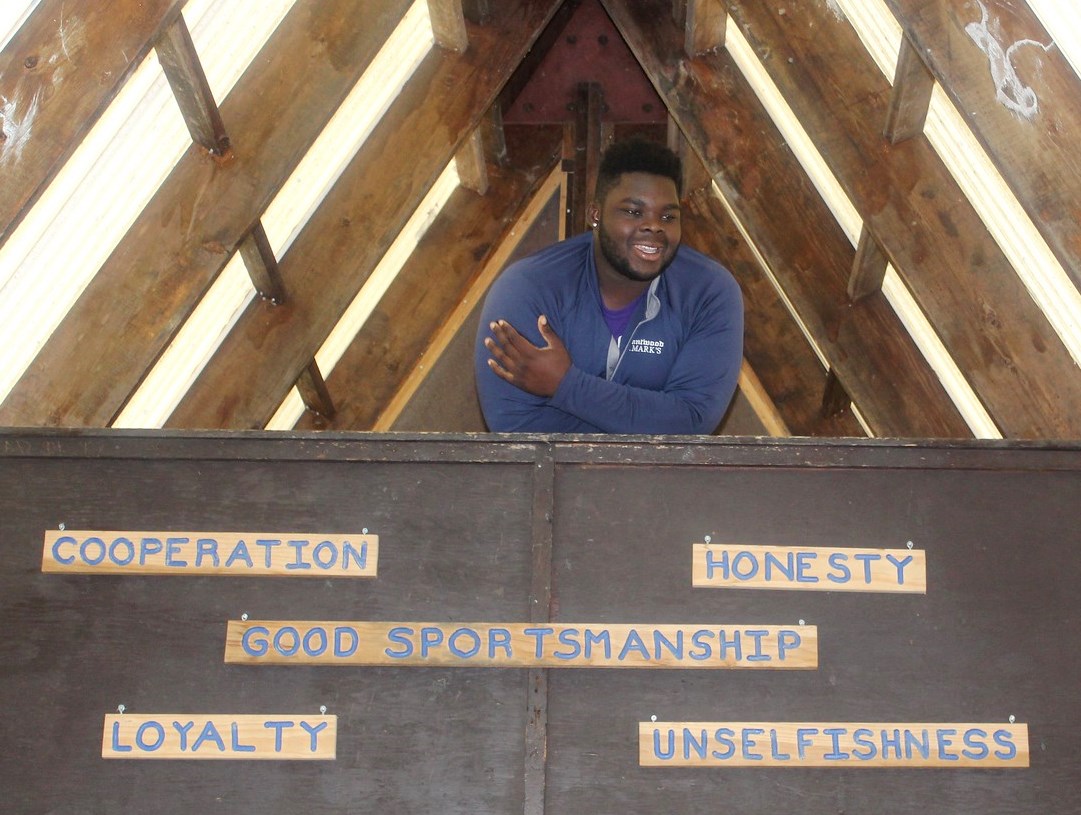 Brantwood is a summer program for boys and girls, enrolling campers between the ages of 11 and 15 from Boston, New York City, Jersey City, Hartford, and urban areas of New Hampshire who might not otherwise have an opportunity to attend summer camp. 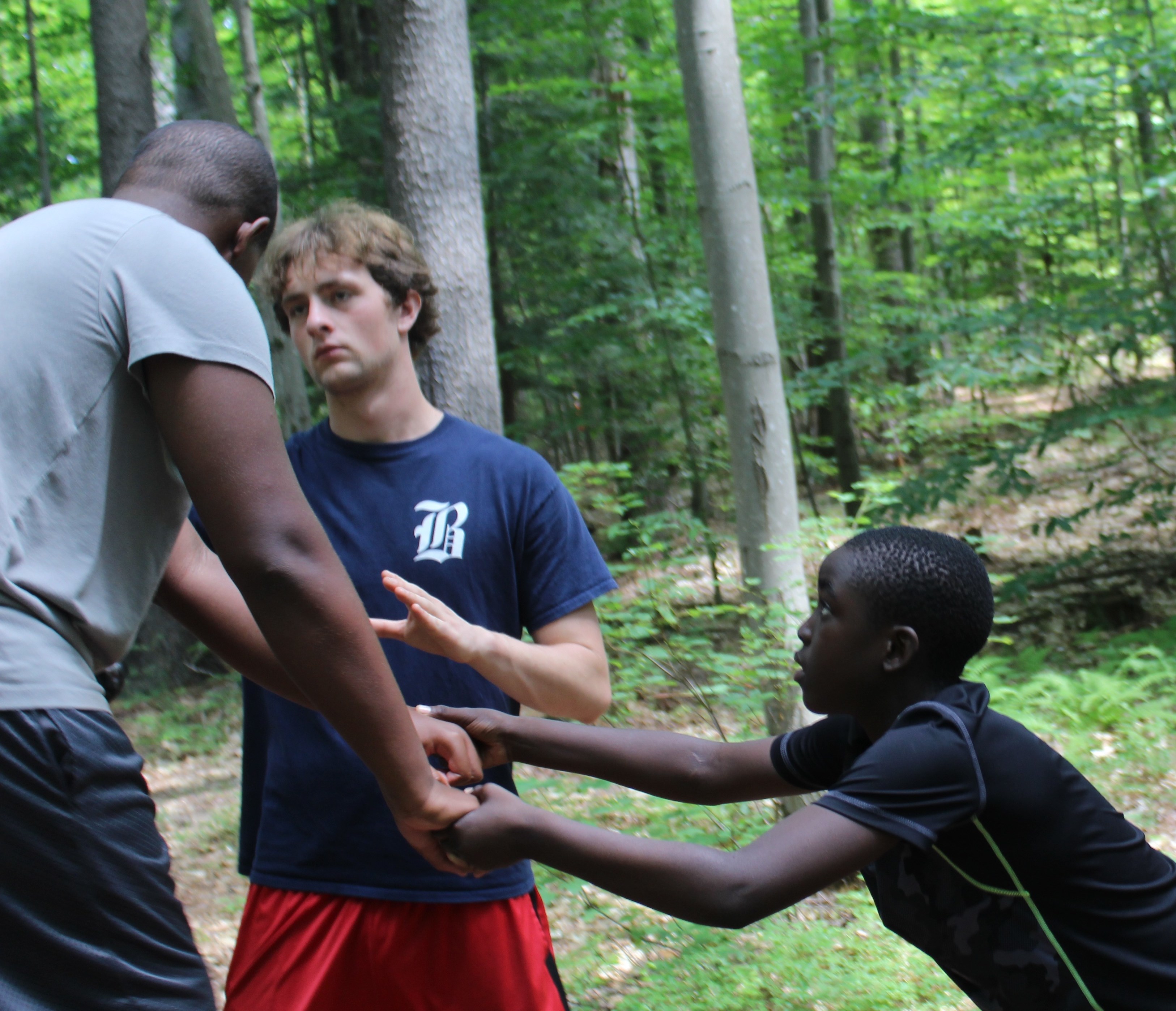 In 2017, Max Hinkley '15 and Jasmine Williams '16 returned to Brantwood, each for a fifth consecutive year, working for the entire summer at the respective boys' and girls' camps as Permanent Counselors. Ms. Williams was joined for the last of three 16-day sessions by Payton Nugent '16, who was a member of the Permanent Staff at Brantwood for Girls in 2016, giving her a fifth Brantwood summer as well. This is the first time in more than a quarter century that a number of St. Markers have worked five straight summers at Brantwood. 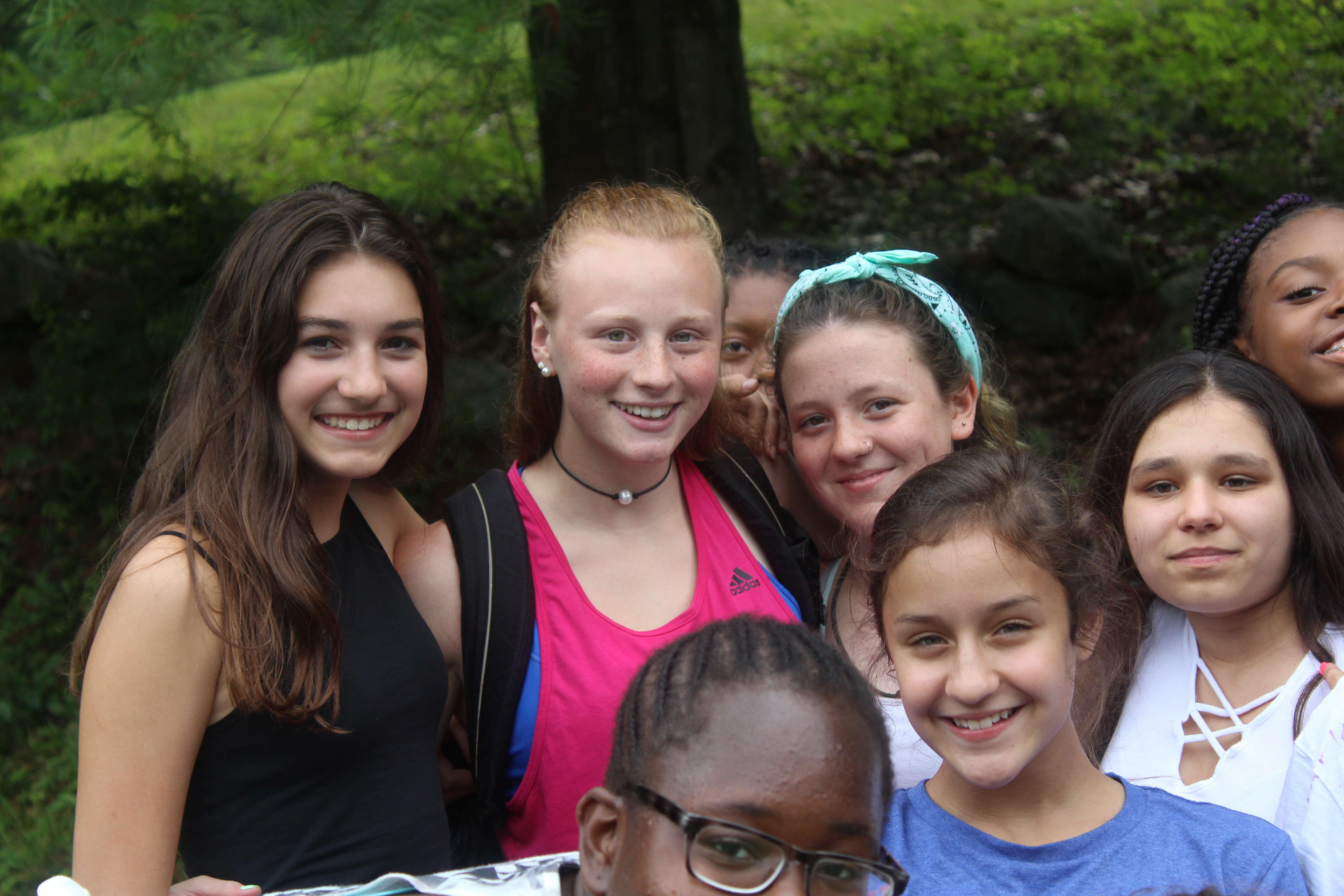 Summer Hornbostel '18 was back for her second year as a volunteer counselor at Brantwood for Girls. Ms. Hornstobel's grandfather, SM alumnus William Rand '44, was a Brantwood counselor more than seventy years ago. 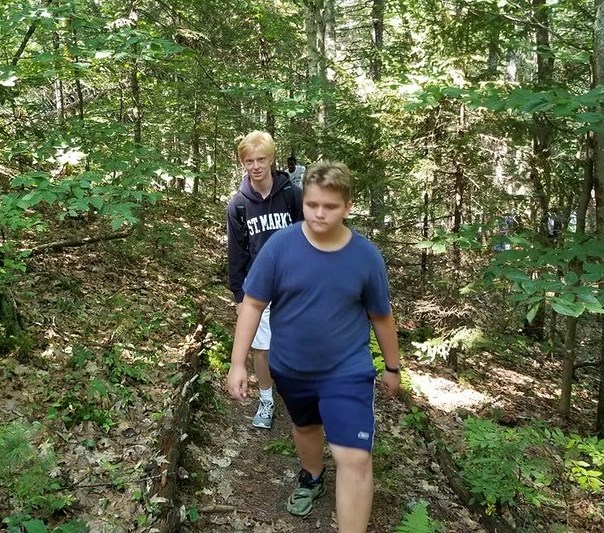 Will Allen '18, Tyreese James '18, and Cooper Giblin '18 also returned for their second time as volunteer counselors at the boys' camp. After volunteering for this summer's second session, Mr. James returned for the final term as a regular staff member. Serving as volunteer cabin counselors for a single term were rising Fifth Former Tom Paugh '19 and rising Fourth Former Will Osborne '20, both making their Brantwood debuts in 2017. Volunteers at Brantwood live with the campers, coaching them in games and leading them throughout the busy sixteen-day program. Two other current St. Markers—Drew D'Orsi '18 and Lauren Menjivar '18—have also volunteered as Brantwood counselors in the past. 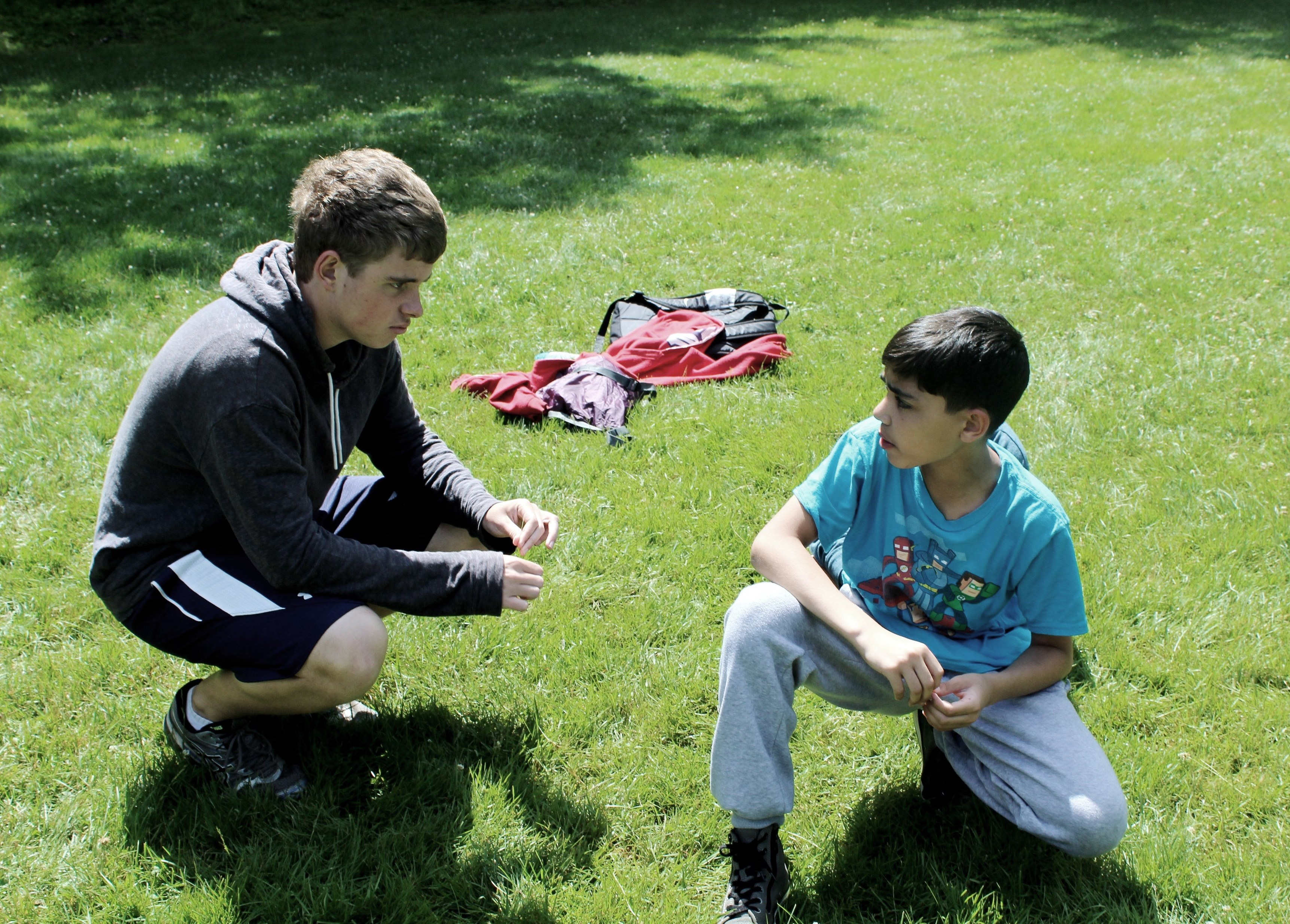 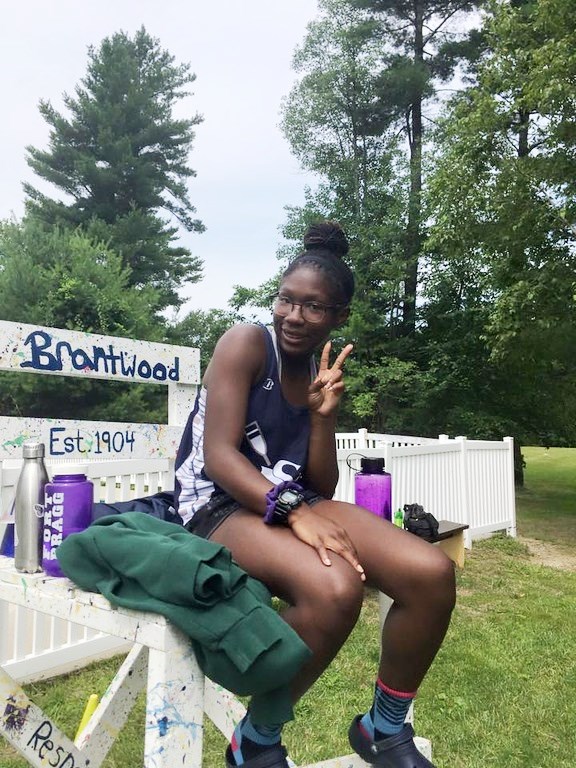 Brantwood campers engage in athletic competition; work on achievement "challenges" involving first aid, swimming, and other aspects of camp life; and prepare their cabins-- called "shacks" in the Brantwood tradition-- for daily inspection. Spirit and collaborative teamwork are important parts of the overall experience, and campers are active on ropes course elements and enjoy hikes, visits to Brantwood's property on Silver Lake in Nelson, NH, and enthusiastic singing at campfire gatherings each evening. The Five Brantwood Ideals-- Honesty, Loyalty, Cooperation, Good Sportsmanship, and Unselfishness-- are emphasized throughout. Opportunities for leadership development make it particularly rewarding for St. Markers, many of whom have found the Brantwood experience a significant asset in the college application process, in their collegiate endeavors, and on beyond college into their lives and careers.

Currently, Head of School John C. Warren '74, St. Mark's Chaplain Barbara Talcott, and St. Mark's Communications Manager Nick Noble '76 serve on the Brantwood Board from the School, while former Senior Master Henry Large is an Associate Trustee of the Camp. Mr. Noble is also a former Brantwood counselor and Director, as well as the Camp Historian, having written two books about Brantwood.

Brantwood was founded in 1904 as a summer retreat for boys sponsored by various Episcopal parishes in Massachusetts. Lacking manpower to staff its programs during the First World War, Brantwood was closed. In 1920, Brantwood reopened under the auspices of St. Mark's School, as a memorial to William H. Cheney, St. Mark's Class of 1916, who was killed in the war. Cheney's mother, Mrs. Mary Lyon Cheney Schofield, had been Chair of the original Brantwood Board at the time of its closing.

Since 1920, more than 1000 St. Markers have spent time up at Brantwood as volunteer counselors, working primarily with inner city youth from the Northeast. Many St. Markers went on to become members of the Permanent Staff, while more than two dozen have served as Director, Associate Director, or Assistant Director at Brantwood Camp over the years. 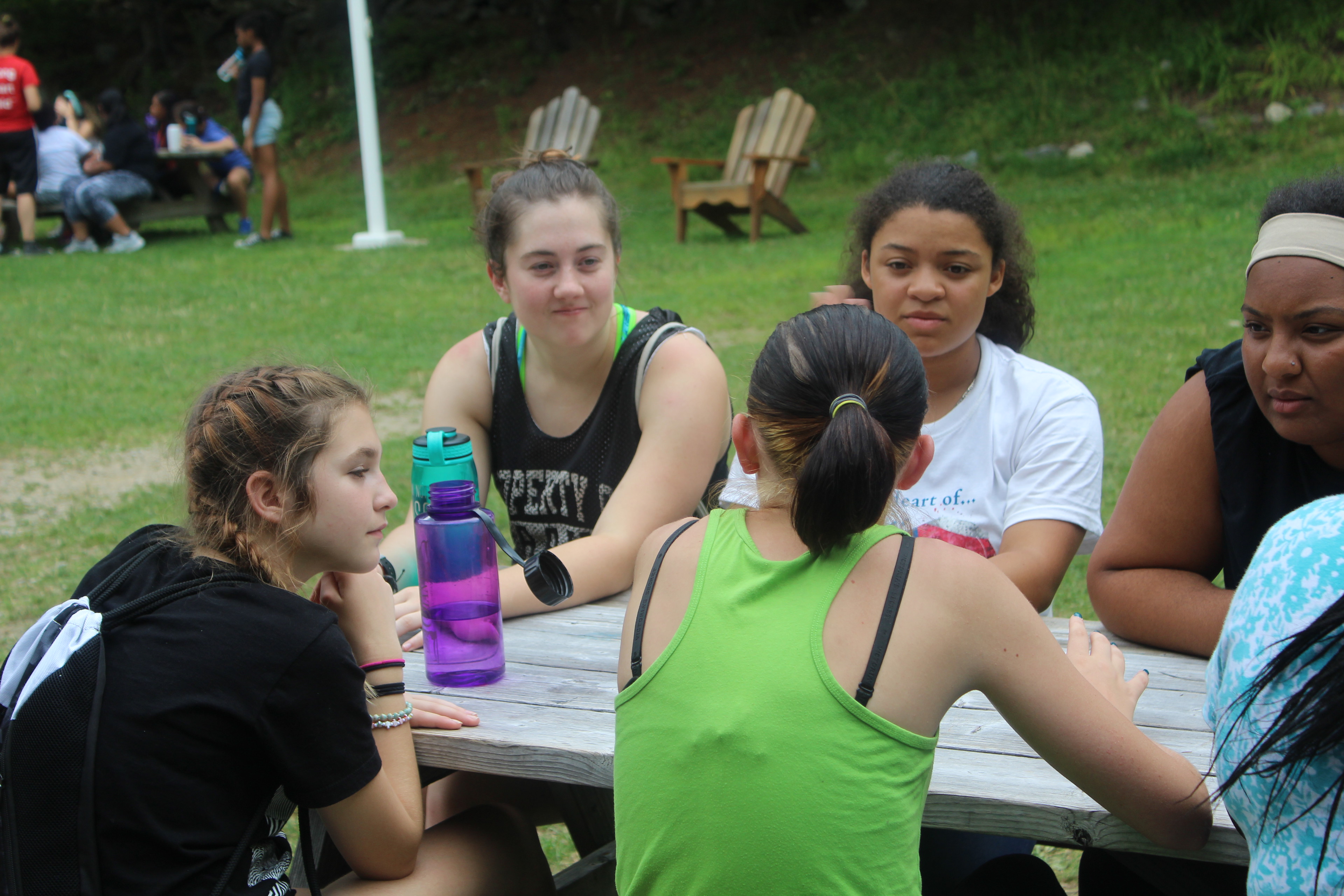 In 1982, Brantwood started a program for girls, and today both Brantwood for Boys and Brantwood for Girls are thriving successfully on the slopes of North Pack Mountain in New Hampshire, exemplifying the spirit of service to others that has been the hallmark of St. Mark's School for almost a century-and-a-half. 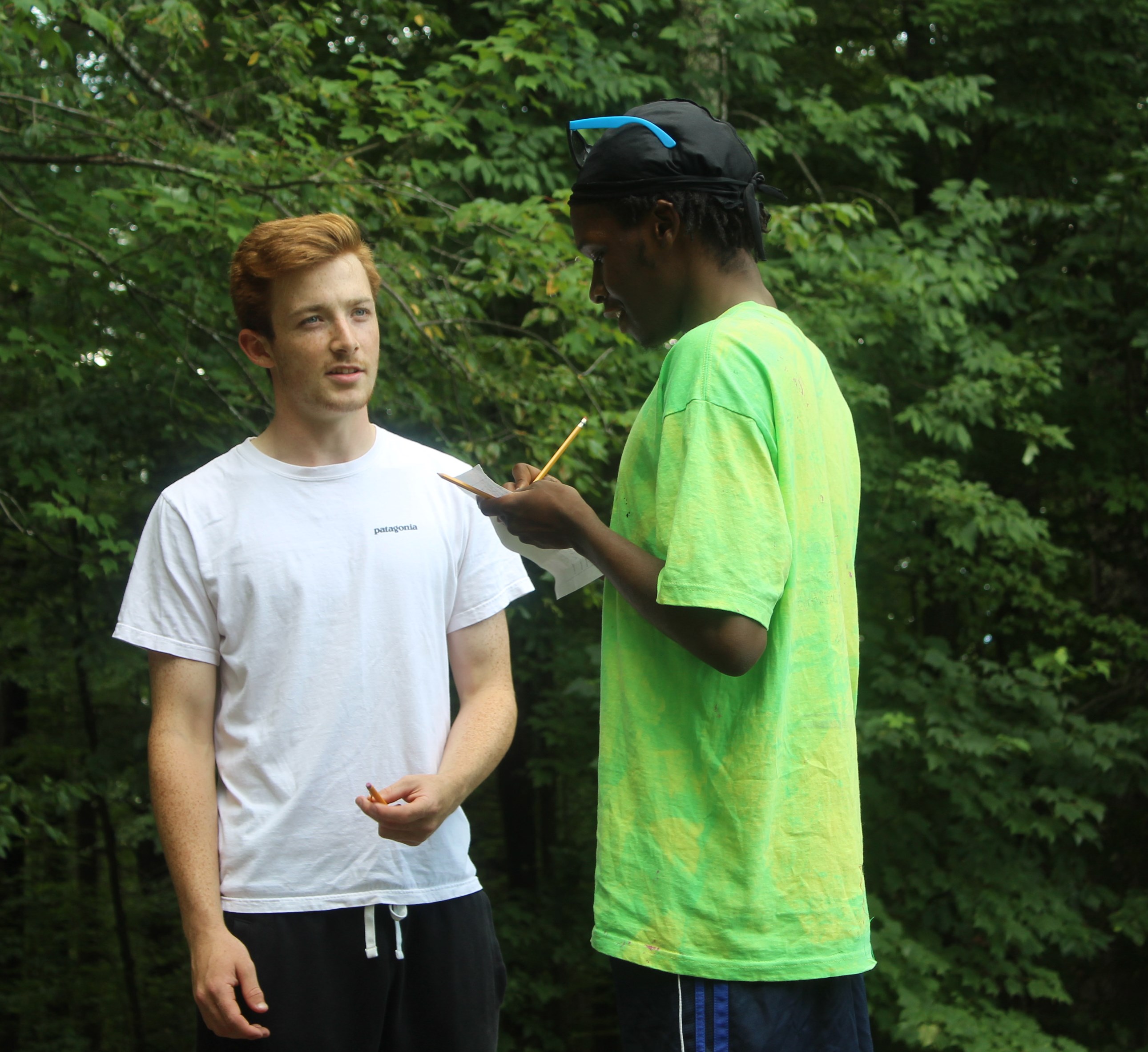 Over the years, St. Markers have found their time at Brantwood to be uniquely challenging and rewarding. "It is difficult to explain the nature of the Brantwood experience," wrote one St. Mark's alumnus. "You have to witness it in action, be a part of it, in order to define it." For the volunteer shack counselor it is an exciting and demanding job "leading the kids, living with them, coaching with them, tutoring them, and guiding them throughout the two-week term. The Five Brantwood Ideals are emphasized daily. Suffice it to say that Brantwood is more than a fresh-air camp, more than a sports camp. It is a camp where you learn, but that learning goes beyond the various challenges studied by its campers. It is an idealistic place formed by realities. It is a realistic place dedicated to its ideals."

Last May, Brantwood was the site for a week-long Third Form Lion Term experience. Jack Griffin '20 declared that Brantwood "has definitely been the highlight of my Lion Term. It's an awesome camp. The nature and the place—incredibly beautiful; and the cabins are fun." At Brantwood, Alie Hyland '20 described the Camp as "a really fun place, a great opportunity. I've had a really good time since I've been up here. The best part about Lion Term has been getting to come to Brantwood."