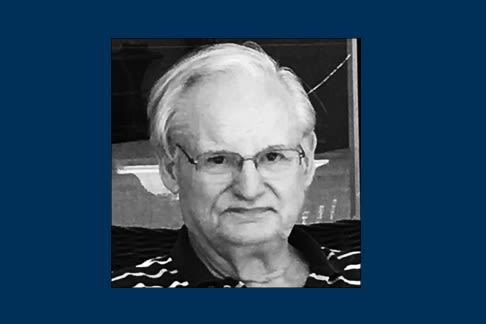 Gil Stanley, a member of the St. Mark's History Department for 32 years, passed away peacefully on October 27, 2020, in Sarasota, Florida, surrounded by his family. He was 80.

Born in New York City, he spent his formative years growing up in New Canaan, Connecticut, and as a scholar-athlete, was recruited from the Kent School to play hockey and football at Middlebury college. Like his father who served in WWI, Gil served in the armed services as a Marine, and later went on to pursue his M.A. in history from Dartmouth College. 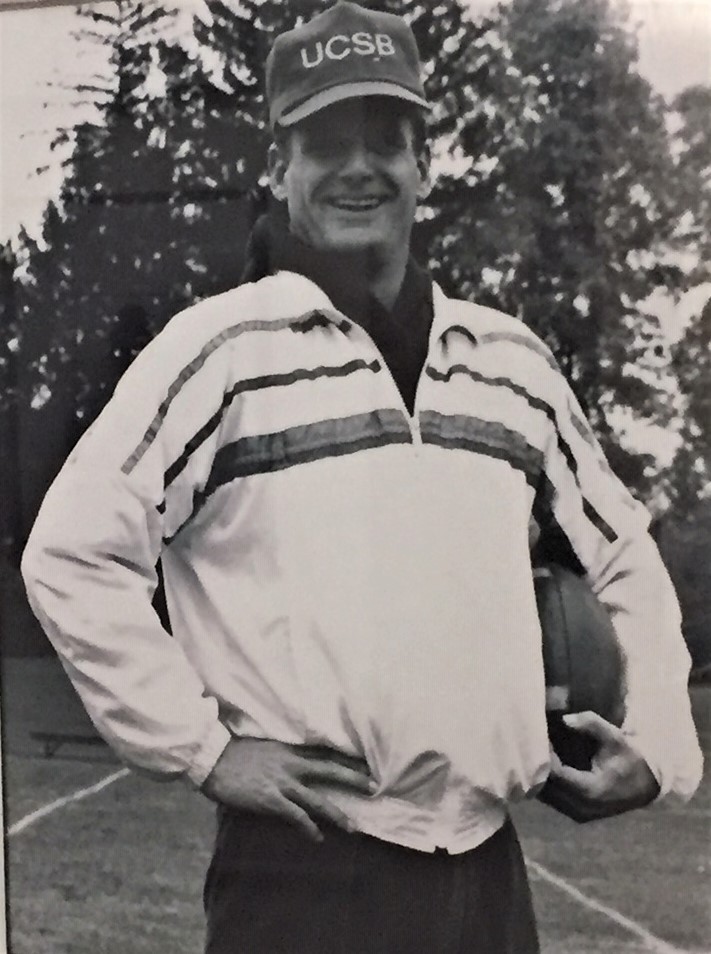 A lifelong educator, Gil worked in private schools for over 45 years, including a couple of years at St. George's, before joining the St. Mark's faculty in the autumn of 1977. One of his first assignments at St. Mark's, in addition to teaching history, was as the new head coach of varsity football. In only his second season at the helm, coach Stanley guided the Lions to a winning record, capping the campaign with a 21-0 shutout victory over arch-rival Groton. He would remain on the football coaching staff even after passing on the head coaching reins in the early 1980s, and he would also coach JV baseball for many years.

He was passionate about the teaching of history, as well as a dedicated advisor to students and a loyal colleague to his fellow members of the St. Mark's adult community. For many years, he chaired the School's History Department, which consisted of four talented teachers—Henry Large, David Suitor, and David Lyons, along with Mr. Stanley—who between them would ultimately total more than 130 years on the St. Mark's faculty. "A St. Marker article once dubbed us the 'four crazy uncles in the attic,'" said Mr. Lyons at the time of Stanley's retirement in 2009, "which I assume is an affectionate remark, and, by the way, is not too far off the truth. I am willing to bet that there are not many, if any, academic departments in any secondary schools that can top the level of commitment to their institutions that is displayed by the longevity of the St. Mark's History Department. This longevity obviously says something about the special nature of St. Mark's. However, I think that it is more than that; I think it says something directly about Gil. He is such a wonderful colleague and tremendous person that none of us could imagine leaving him behind. Sadly, however, he is leaving us behind, but I am sure that he will be a continued presence in our department."

St. Mark's alumnus and School historian Nick Noble '76 remembers Gil. "I was chairing the History Department at the Fay School and doing research and writing as the Town of Southborough's official historian," says Noble. "Gil was the St. Mark's History Department chair, and we collaborated on local history projects. He was a joy to work with."

Indeed, Gil Stanley was a significant presence in the lives of so many of the St. Mark's family. Current Senior Teacher Barbara Putnam has fond memories of her "dear friend and colleague." A longtime member of the School's Art Department, Putnam recalls that "Gil was a painter, a storyteller of American history. He was also colorblind. We had hysterical laughs when he would come over to my house with a painting and exclaim, 'Putnam, is that pink??' pointing to the clothing on a seated horseman. 'I cannot have pink there,' he would declare. 'It does not work. Be honest.' I kept telling him that his color palette was stronger and more unusual because of his being colorblind, which was honest, but he would have none of it. I will greatly miss the art banter and the emails with new images most recently from Florida, painting outside in the sun. Gil loved his family, and I feel like his colleagues at St Mark's were part of his extended family." 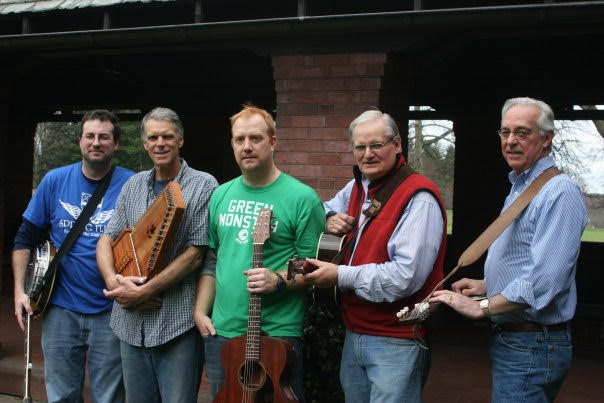 Gil was not only an artist, but a musician. He played guitar in a faculty ensemble—"Acoustic Mess"— which included fellow History Department teacher David Suitor and Jason Eslick of the English Department. (pictured at right: Gil second from right) "He was one of the greats!" declared Mr. Eslick this past week. "We will miss him."

An esteemed teacher, musician, and painter, Gil Stanley was also known for his ability to relate to people. "Gil always had that big smile on his face," recalled Tiet Tran-Luong, veteran accountant in the School's Business Office. "He would walk into the Business Office, always stopping by my cubicle, sharing stories about anything... a little laugh, and then we'd go on about our business."

St. Mark's carpenter Tom Slocombe recalled running into Stanley at a yard sale in York, Maine, just prior to Gil's move down to Florida. "It was a conversation with many memories—of St. Mark's and the people that have worked there and have moved on. Gil seemed to be extremely excited about moving to a warmer climate, although he said his heart was in Maine. I will always remember that conversation that two old St. Markers had. Some great memories to reflect on." Longtime landscaper in the St. Mark's Facilities Department Frank Mattioli also remembers Gil fondly. "I am deeply saddened," said Mattioli, reflecting on Gil's passing. "Great family, great guy."

At Gil Stanley's death, writes David Lubick—English teacher, basketball coach, and associate director of admission during Gil's time at St. Mark's and beyond—"I immediately thought of the Pulp Fiction line: 'Just because you ARE a character doesn't mean you HAVE character.' Gil certainly checked both boxes! I remember my first year in Admission, taking a ride with him up to the Lawrence Boys' and Girls' Club: Gil cultivated the connection for us . . . he was a champion of inclusion—so strong yet so tender with kids who needed extra from him."

Greg Cappello '81, a student under Gil and a colleague on the St. Mark's faculty, recalls "one beautiful spring day circa 2002. Gil dropped a lot of cash at Kimball Farms on post-game ice cream cones for JV baseball. It may have been the same day he gave a great example of how to succinctly wrap up a disappointing loss— seemingly insignificant mistakes early in the game cost us in the end. Easy to mimic. Impossible to replicate."

"He was a kind, caring, and gentle soul," writes Sal Abdo '07. "I had him for U.S. History, and he made the class enjoyable. There's always a Mr. Stanley story during reunions that puts a smile on everyone's face."

Gil Stanley's vibrant life was far from ordinary, filled with family, music, literature, history, and sports. In his retirement, Gil and his wife, Sharon, resided in York, Maine, and Bradenton, Florida, where he continued his passion for music and painting, and rarely missed a Red Sox or Patriots game, with a cold beer in hand. His family will remember Gramps for his big hugs, his love of sweets, his curiosity for the world, and his devotion to his family.

His St. Mark's family will never forget him. "Gil was the consummate school person throughout his time at St. Mark's," said Head of School John C. Warren '74. "He taught an array of different history courses, advised with great thought and care, coached football and baseball, served as a House Parent, and pitched in whenever someone needed a helping hand. Gil also brought a smile to our faces whenever he teamed up with colleagues as a musician, playing bluegrass in a number of venues—from the Chapel to the year-end party at Choate House."

Thinking of Gil, writes David Lyons, "I can't help but have a smile return to my face, which is nothing but appropriate because, as so many have noted, Gil always shared a joyous grin. He was a wonderful person, and his presence made SM a better place. Will miss him."

He is survived by his wife Sharon, his two children, Alexandra McCall (SM Class of 1982) and John Stanley (SM Class of 1988), his sister Laura Stanley, and his six granddaughters, including St. Markers Morgan McCall McCarthy '11 and Hayden McCall '14. A memorial service will be held spring/summer 2021 in St. Mark's Belmont Chapel.