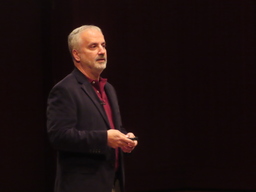 Dr. Christopher Phillips, internationally known author, educator, lecturer on philosophy, and advocate for democracy, was the Gray Colloquium speaker for January 2020. As part of this year's Gray Colloquium theme of "civil discourse," his topic was "Reinventing Democracy."

Dr. Phillips is best-known for his 2001 bestseller, Socrates Café: A Fresh Taste of Philosophy. He received his undergraduate degree in government from the College of William & Mary, his M.A.T. in teaching from Montclair State University, a master's in the humanities (philosophy) from California State University, a master's in science from Delta State University, and his Ph.D. in communications from Australia's Edith Cowans University. A specialist in the Socratic method, he has helped create more than 500 Socrates Café discussion groups around the world. He has also founded the non-profit Democratic Café and Constitutional Café initiatives to discuss constitutional changes in the United States. The author of seven books and dozens of scholarly papers, Dr. Phillips was named a Network Fellow at Harvard University's Edmond J. Safra Center for Ethics and has also taught at New York University, the University of Pennsylvania, and the National Constitution Center. He was the recipient of the Distinguished American Leadership Award in 2012. 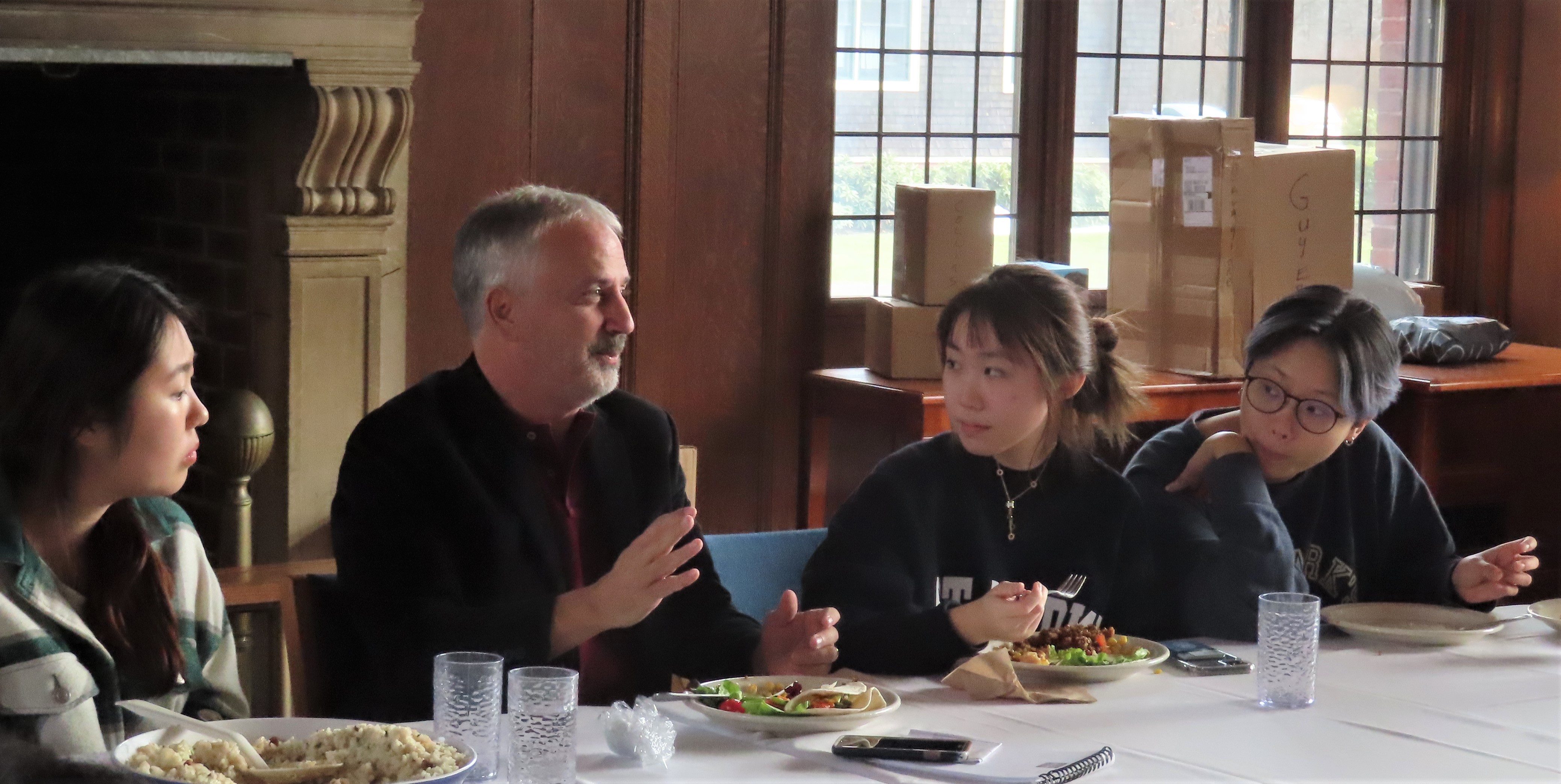 On Monday, January 27, Dr. Phillips attended a reunion session of last spring's Socrates Café group at St. Mark's. He also had lunch with interested students and faculty in the Faculty Room. At 1:00, he addressed the entire school community from the stage in the Putnam Family Arts Center's Class of 1945 Hall. In his presentation, he engaged with individual students from the audience and also asked questions of the entire group. "There are no limits to what we can question," he declared, and he encouraged everyone to be active listeners as part of civil discourse. 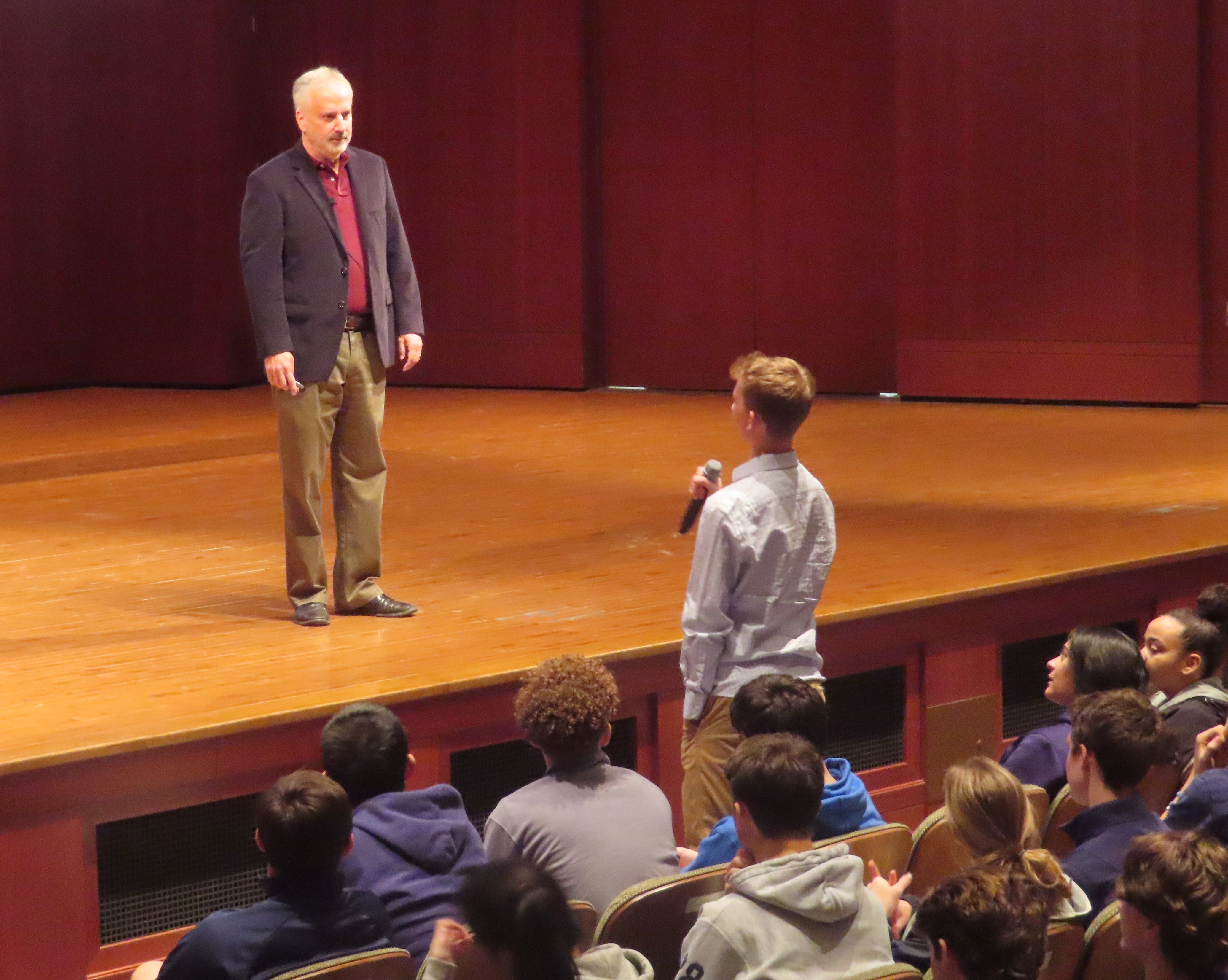 Phillips spoke about the online global Socrates Café discussions and emphasized the other programs offered through the Socrates Café: Democracy Café, Constitution Café, and the Declaration Project. For information on all of those, click here.

The C. Boyden Gray Colloquium Series is designed to engage St. Mark's students in an exploration of one complex global issue annually. Students hear from outside speakers with varying viewpoints, participate in small group discussions, write about and debate the issue, and take part in all-community events. C. Boyden Gray '60, former board president and current Trustee Emeritus, has committed $1.5 million to fund this annual yearlong learning exercise. St. Markers, Gray believes, "should think in big terms and be inquisitive about the outside world." Gray, a former U.S. Ambassador to the European Union, White House counsel to the first President Bush, and recipient of the Presidential Citizens Medal, hopes that tackling these topics in an intensive fashion will inspire students to serve their country and the world.