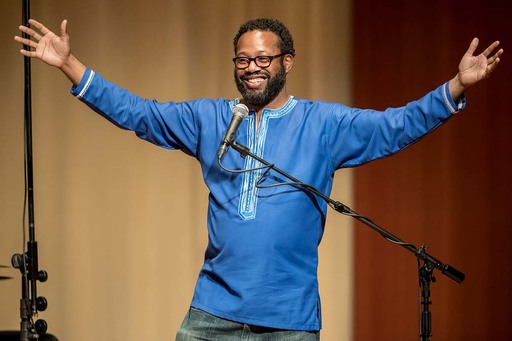 Gray Colloquium: The Mark Lomax Quartet
Nov 8 2019
On Thursday, November 7, Dr. Mark Lomax II brought his jazz quartet to the St. Mark's campus, as part of this year's Gray Colloquium series. From the stage of the Putnam Family Arts Center's Class of 1945 Hall, they performed nine movements from Dr. Lomax's 12-album 400: An Afrikan Epic—Tales of the Black Experience cycle.

Dr. Lomax is a critically acclaimed composer, drummer, recording artist, activist, and educator. He specializes in the sociopolitical and spiritual aspects of African-American art, music, and race, as well as the role of the arts in building community. 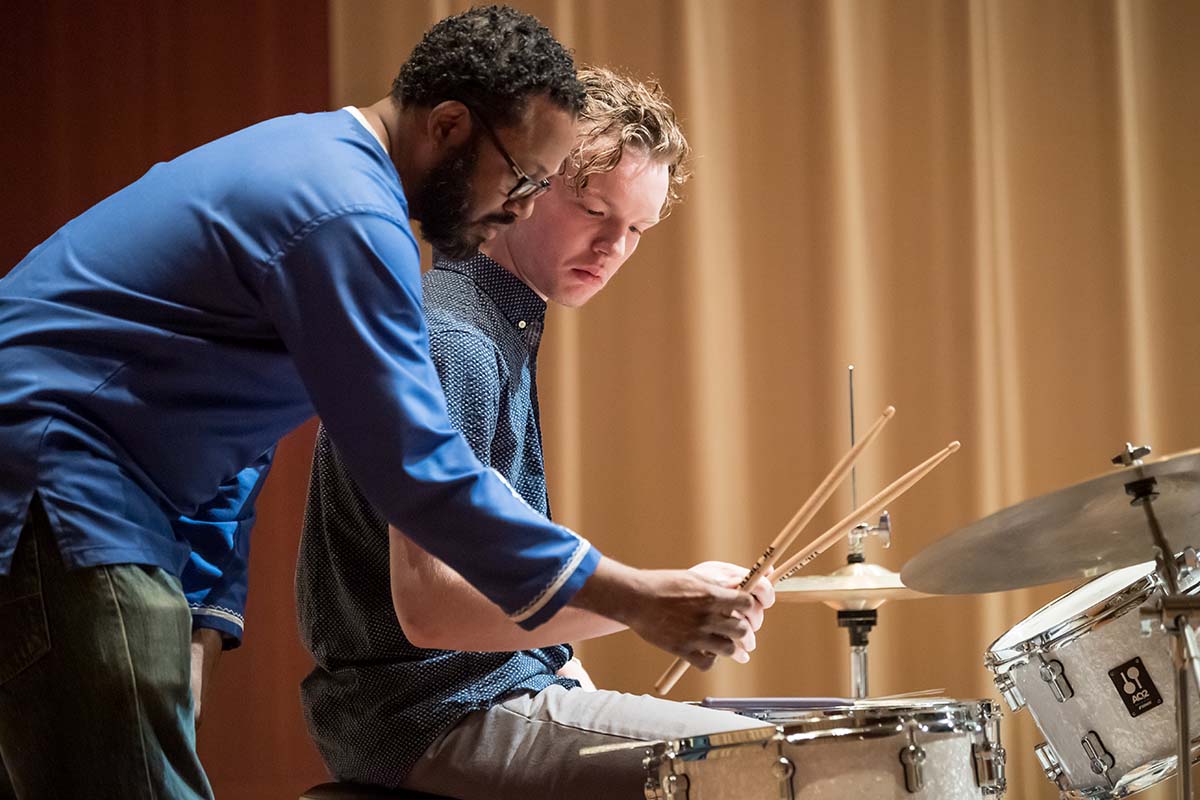 Earlier in the day, Dr. Lomax and his fellow musicians—Edwin "Eddie" Baird (tenor saxophone), Dr. William Menefield (piano), and Dan "Pop Pop" Hulett (bass)—met on the same stage with members of St. Mark's student jazz ensemble. The quartet shared their thoughts on making music, on jazz, and on improvisation with the assembled St. Markers. Then they all played, professional and student artists, together, trading off solos and raising the rafters with sweet sound.

After a luncheon gathering with interested students and faculty, Dr. Lomax and his band played before the entire School community back in the Class of 1945 Hall. Tales of the Black Experience "is a collection of musical 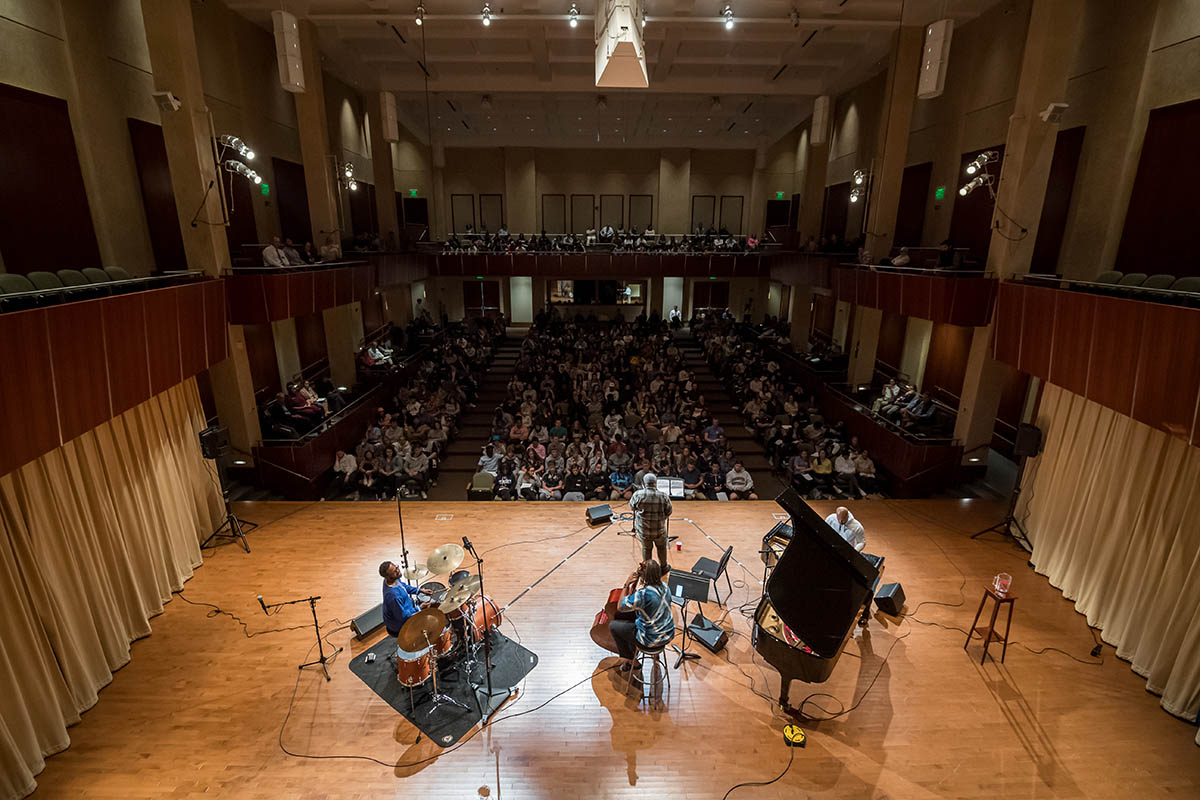 stories," said Dr. Lomax, "reflecting the past, present and future of African-Americans." The quartet performed the ninth album in the 12-album series, but it features the first pieces Dr. Lomax ever created for the project. "I wrote these when I was 18," he said. "I didn't know what I was doing then, but the music showed me the way." The movements of album nine deal with different eras of African-American history, from pre-colonial West Africa through slavery, and on to complete emancipation: "A goal toward which we are still striving." The piece ends, says Lomax, "on a philosophical note: the ultimate goal for Black America is to transcend the still rampant slave mentality and to claim ourselves spiritually, socially, and economically." The goal of the music, he continues, "is to challenge the listener to draw their own conclusions and to act on them, to better not only themselves but all people."

It was a powerful day for all involved. "The key to making music is communication," says Lomax, and this sentiment was repeated again and again by his fellow bandmates. There was indeed real communication going on this past Thursday: with student musicians in the morning, in thoughtful and insightful conversations at lunch, and throughout the afternoon's concert. All of that admirably reflected the theme of this year's Gray Colloquium series: Civil Discourse.