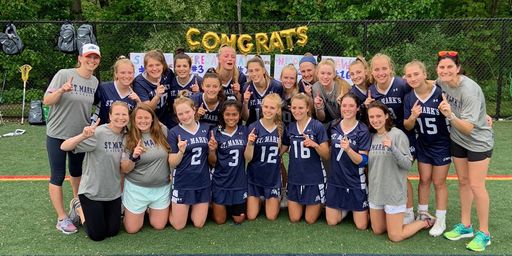 With their 17-6 win over Groton on Friday, May 24, the St. Mark's girls' varsity lacrosse team finished the season 17-1, winning the Independent School League with an unblemished mark of 12-0 in league play. This was the Lions' fourth ISL title in five years, all under the leadership of Head Coach Channing Warner.

"This is a gritty group of players, and the talent level is incredible," Warner said. "I feel lucky to coach such an amazing group of people."

Two V Form leaders on the team are already committed to play Division 1 lacrosse: Phoebe Macleod will play at Bucknell, and co-captain Sophie Student will play at Virginia Tech.

This was Warner's sixth season as head coach. Over that span, her record is 89-17, an .840 winning percentage. Congratulations to Coach Warner, assistant coaches Jeanna Cook and Elise Morgan, and the entire team on a terrific season! 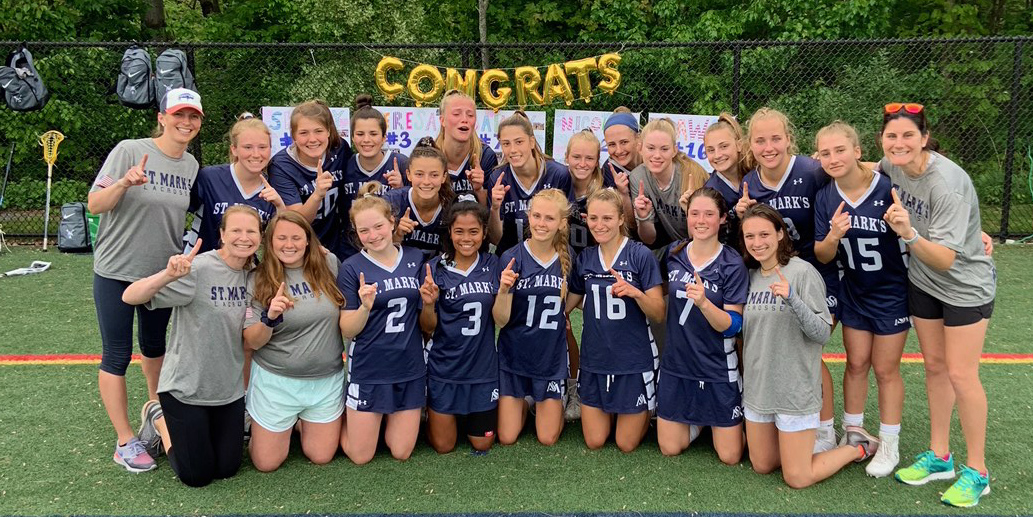