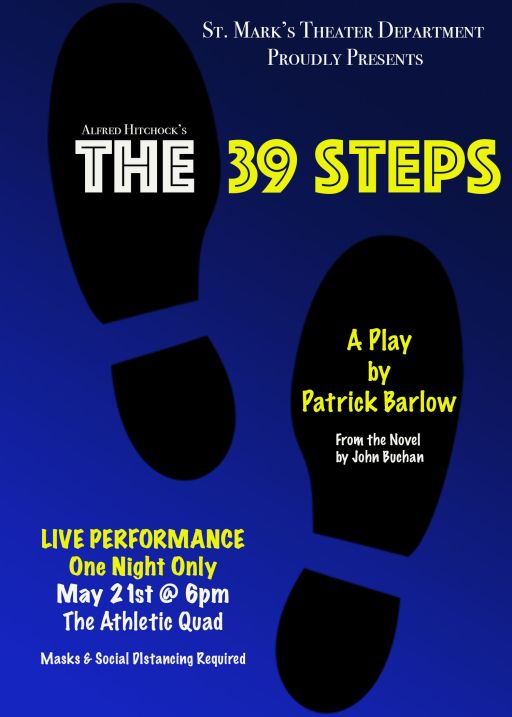 Live, in-person theater returns to St. Mark's this week for one night only, with a performance of the Spring Play The 39 Steps outdoors on the Athletic Quad. Showtime is 6:00 p.m. on Friday, May 21. The audience will be masked and socially distanced.

The 39 Steps is a parody of the 1935 film by by Alfred Hitchcock, performed entirely by seven actors. Richard Hannay, a lonely Londoner, is caught up in preventing an organization of spies called "The 39 Steps" from stealing British military secrets. After being mistakenly accused of the murder of a counter-espionage agent, Hannay goes on the run to Scotland in the hope to stop the spy ring and clear his name.