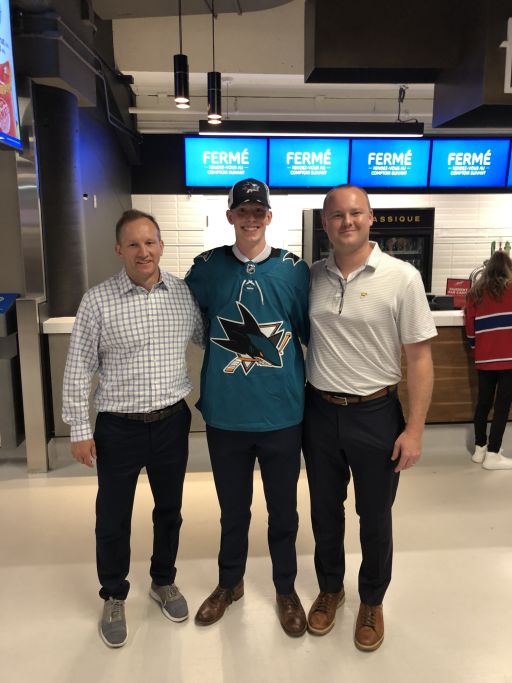 Michael Fisher '22 of Westborough, Mass., was selected by the San Jose Sharks as the No. 76 pick in the third round of the NHL draft on July 8. Michael was the first prep school player taken off the board.

"Michael is everything that we hope for in a student athlete at St. Mark's," said boys' hockey Head Coach Carl Corazzini. "He has taken risks, embraced leadership roles, and has a genuine respect for everyone in the community. For these reasons he was both head monitor and valedictorian. The whole community recognizes the value Michael brings to St. Mark's."

Fisher, who was named Most Valuable Player in the ISL last season, will attend Northeastern University beginning in the fall.

"On the ice, no player has improved physically and mentally more than Michael in his four years at St. Mark's," Corazzini added. "He has dedicated all of his time to becoming the best version of himself on and off the ice. What an honor it was for him to be the first New England prep player selected. The sky is the limit for Michael moving forward."