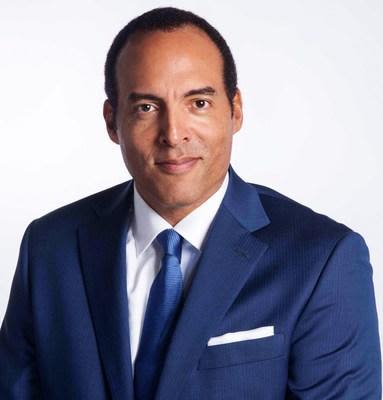 Moore Named New Board President
May 4 2021

Michael B. Moore '80 will be the next president of the St. Mark's Board of Trustees, the School has announced. Moore will start his new role on July 1.

"Michael is the perfect choice to lead the St. Mark's Board of Trustees," said Head of School John C. Warren '74. "We are fortunate to go from strength to strength, as Michael follows Alys Reynders Scott '85, P '21, '23, who has led the Board so well."

Michael is a seasoned business and community leader, board member, keynote speaker, and author. He is a thought leader on brand strategy and consumer behavior, social justice, and African American history.

He has been a tireless advocate for St. Mark's as well. During the School's 150th celebration, he was a featured speaker at the TEDx event. Michael has served as a School trustee since 2012 and prior to that was a member of the Alumni Executive Committee. Michael served as chair of the External Relations Committee and currently chairs the newly established Board committee on Antiracism: Community and Equity. In recognition of his service to the School and dedication to social justice in the broader community, Michael received the School's Distinguished Alumni Award.

Members of Michael's family also have connections to St. Mark's. His mother, Helen Boulware Moore, served on the Board of Trustees and his sister, Robin (Moore) Jenkins graduated in 1989 and is a member of the St. Mark's Athletic Hall of Fame.

Michael earned his A.B. in Political Science at Syracuse University, and his M.B.A. at Duke University. He went on to become founding president/CEO of the International African American Museum, and CEO of Glory Foods, Inc. Michael is currently the diversity and inclusion officer at Blackbaud—the world's leading software company powering the social good community. Michael is the first person to hold this position at Blackbaud.

Michael is married, the father of four sons, and lives in Mt. Pleasant, South Carolina.