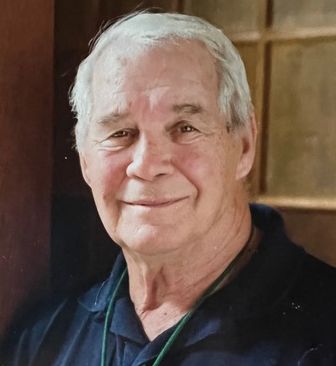 Former St. Mark's faculty member and coach Henry Large died on May 10. He was 81.

Henry was a beloved member of the St. Mark's community who served the School from 1965 to 2010. Although he officially retired in 2010, Henry continued at St. Mark's as a tutor, and he never stopped coaching. More than a decade after his retirement, Henry continued to work with the School's football and baseball programs, logging more seasons as a coach than anyone else in St. Mark's history. His 52 baseball seasons and 49 football seasons set St. Mark's single sport varsity records for coaching, and his 111 seasons as a coach at all levels also set a School record. Henry's insightful understanding of young people, along with his knowledge of football and baseball, his kindness, and his sense of humor, endeared him to generations of St. Markers. (Only Henry could say, "See you out there, you little weasels!" with such affection that players knew he genuinely cared for them.) He always prioritized the players' needs above all else, and was an exemplar of sportsmanship.

Over his long tenure at St. Mark's, Henry taught both history and religion; chaired the History Department; served as college advisor and director of admission; held the Roland D. Sawyer Faculty Chair; and from 2002-2010, was the senior master (now called the senior teacher). In 1997, he was honored by the student affinity group "We the People" for his efforts on behalf of students of color at St. Mark's, and at the St. Mark's Sesquicentennial celebration in 2015, he was inducted into the St. Mark's Athletic Hall of Fame. On the occasion of Henry's retirement, students and friends of the School established the Henry W. Large, Jr. Scholarship Fund to provide enduring support for financial aid in his honor.

In lieu of flowers, memorial contributions may be made in Henry's memory to St. Mark's Henry W. Large, Jr. Scholarship Fund or the additional organizations mentioned in his obituary.