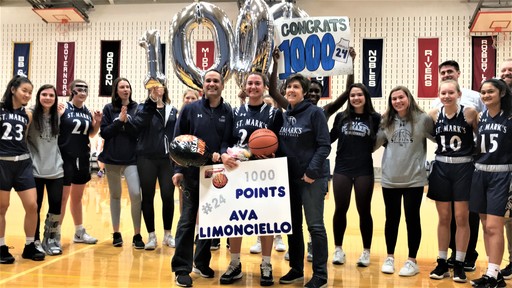 February has been an outstanding month for St. Mark's athletics.

On Saturday, February 22, in a girls' varsity basketball game against St. George's, Ava Limonciello '20 scored her 1000th career point for the Lions. A VI Form boarder from Waltham, Mass., Limonciello is just the third female basketball player in St. Mark's history to collect 1,000 points. In each of the past three seasons, Limonciello has been an All-ISL selection and the St. Mark's MVP. She has two games left to add to her career point totals: away at Brooks on Wednesday, February 26, and at home vs. rival Groton the subsequent Saturday. This past weekend, her parents were on hand to celebrate her milestone. Earlier in the month, Bobby Sommers '20 became the twelfth St. Marker to reach the 1000-point mark in boys' varsity basketball. 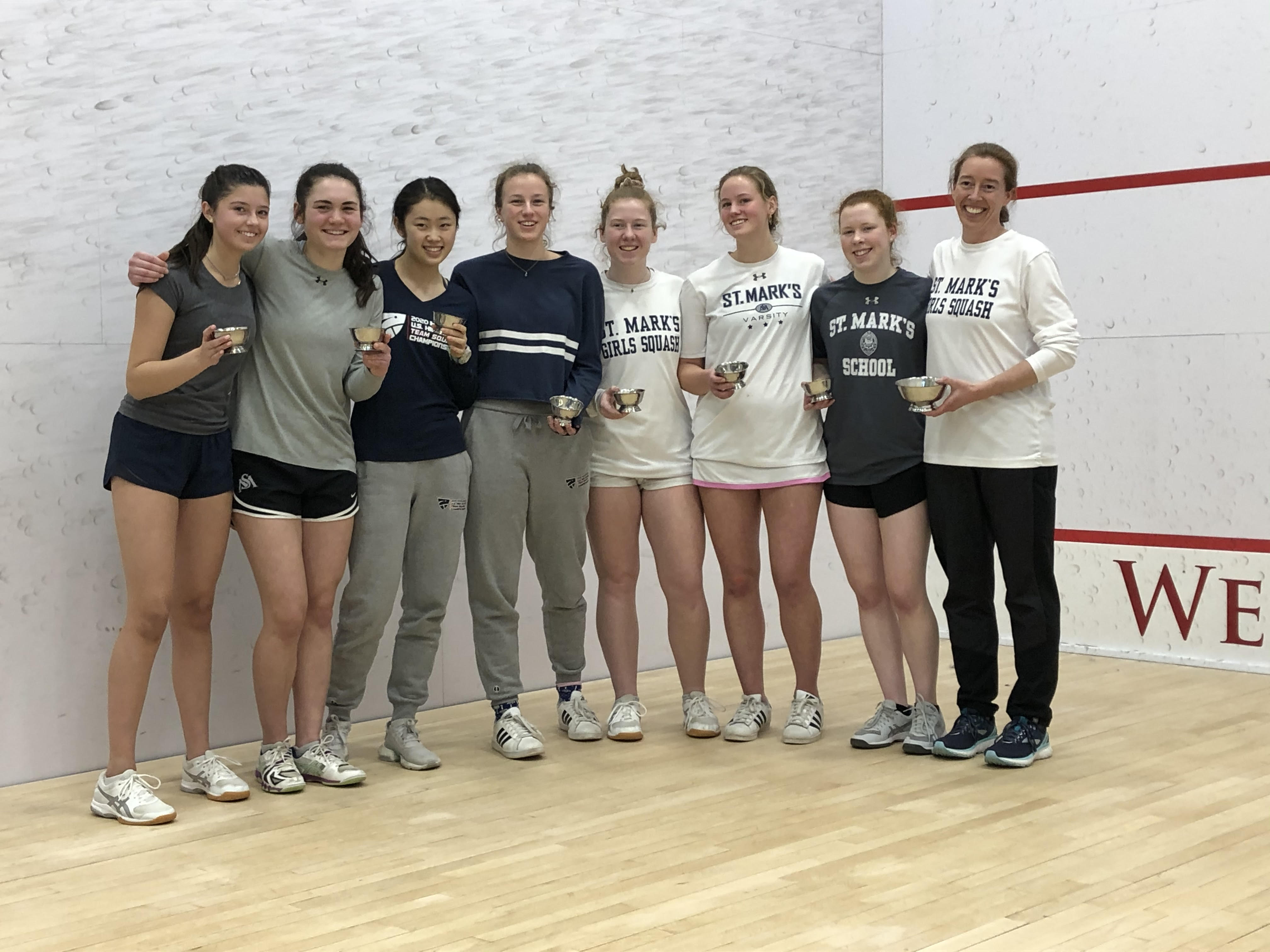 In team success, coach Shelley Killeen's girls' varsity squash team performed brilliantly at the 2020 National championship tournament, held in Connecticut. With a program-record 14 regular season victories, St. Mark's was the ninth seed in the Division 3 Nationals. In the semifinal round, the Lions took on the #1 seed, Potomac School of Virginia, and triumphed in a dramatic upset win. In the National Div. 3 high school finals, St. Mark's faced off against longtime rival Groton, the tournament's #2 seed. It was a close-fought competition, but St. Mark's fell in a 4-3 nailbiter (the same score by which the Lions lost to the Zebras during the regular season). For the second year in a row, St. Mark's girls' varsity squash finished second in the nation, after finishing fourth in the ISL (behind three of the teams seeded above them going into the national tournament). A regular season meet at Pomfret and then the New Englands are all that remain for this outstanding team. 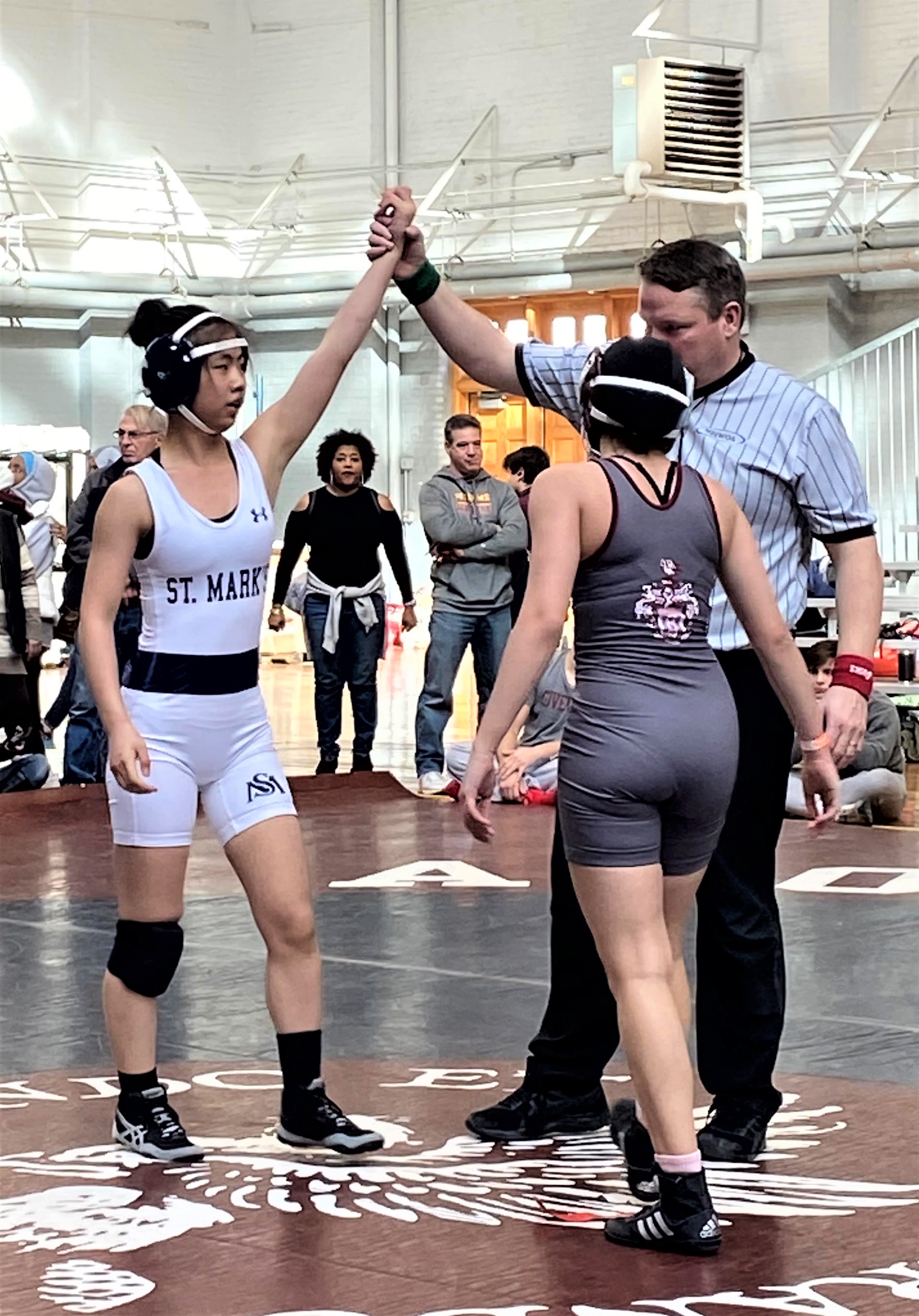 , on the ice, St. Mark's boys' varsity hockey is in a virtual tie with Rivers for first place in the ISL Eberhart Division. Rivers, with 11 ISL wins to St. Mark's 10, has a slight edge in points, but the two teams are 1-1 this season, and with three games remaining for the 19-4-2 Lions, anything can happen.

Seven games remain between St. Mark's and longtime rival Groton, including one on Wednesday, February 26, and six more on Saturday, February 29. The Lions have to win at least five of those contests to stay ahead of the Zebras in the overall competition for the Burnett-Peabody Bowl.