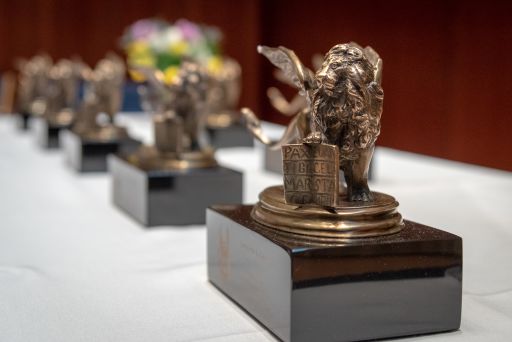 In recognition of their dedication to leading lives of leadership and service while demonstrating the School's motto, Age Quod Agis, in their personal and professional lives, St. Mark's will honor 12 alumni on October 29 through its recently expanded alumni recognition program, which has been updated to recognize a broader group of St. Markers. The program also now includes two new awards: The Lives of Consequence Award and the Ethan Anthony Loney '69 Distinguished Alumni Service Award.

St. Mark's School is proud to announce the 2021 award recipients:

The Alumni Executive Committee and Board of Trustees established this award in 2009 to acknowledge the lifetime achievement of alumni whose personal lives, professional achievements, and community service exemplify the objectives of their alma mater.

This is the highest honor bestowed upon an alumna or alumnus. Congratulations to: 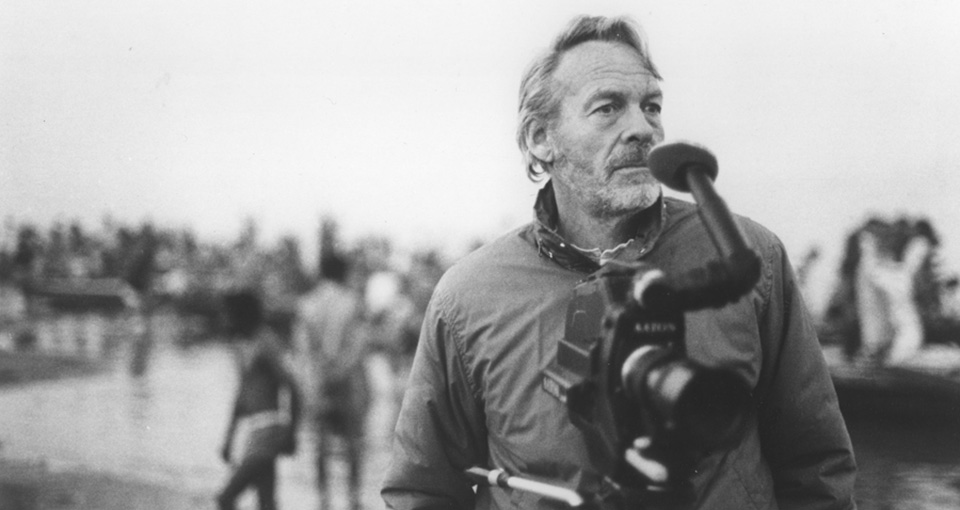 Robert G. Gardner '44 (posthumously)—Considered a pioneer in ethnographic filmmaking, Gardner specialized in anthropological documentaries that examined people in remote societies around the globe. His film work was known for its sophisticated visual language and sparse narration as it uniquely unveiled ethnographically distinctive peoples and practices. Gardner was the director of Harvard University's Film Study Center from 1957-1997, and his films continue to be used in the teaching of anthropology.

Dr. Mark S. Albion '69—As an American business theorist, social entrepreneur, 2010 National Entrepreneur of the Year (Social Entrepreneur), and New York Times bestselling author of values-based business literature, Albion is considered a pioneer in helping successful leaders leverage business principles to achieve positive social and environmental change. Prompted by his mother's battle against cancer, Albion connected with responsible business leaders and in 1987 formed the Social Venture Network. He then went on to develop a community of service-minded MBAs, and has made more than 600 speaking trips to universities and their business schools to build a network for students interested in transforming enterprise to create a more just, humane world, which is now known as Net Impact.

Nancy Mendez '88—Recently appointed as president and CEO of Starting Point, a Northeast Ohio nonprofit youth and family services agency, Mendez has been a leader in the human services field and in supporting community needs, such as poverty, childhood education, and youth development. In 2013, she was selected as a United Way Global Fellow, and named a Distinguished Hispanic Ohioan by the Ohio Latino Affairs Commission. She has served as trustee for a foundation that promotes dolphin therapy for special needs children, and for her local LBGT Center, and was a board member for the Cleveland Rape Crisis Center. Mendez was named "Notable LGBTQ Executive" and one of the "Women of Note '' by Crain's Cleveland Business. 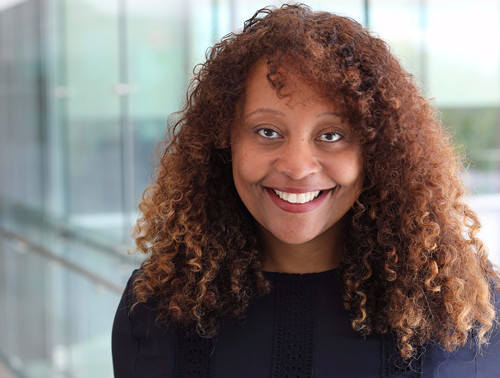 Myeta M. Moon '93—From her role as an assistant legislative representative with the New York City Mayor's Office to director of health at United Way Worldwide, Moon has dedicated her career to improving community health in urban environments. Through her work in the nonprofit and government sectors, she has inspired cities to recognize the importance of play for the healthy development of children and communities, and created and implemented policy initiatives that addressed hunger and nutrition concerns in low income New York City communities. Currently, Moon directs and supports the development and implementation of community health impact strategies and products for local United Way offices.

This award recognizes mid-career professionals making a positive impact on their community and oriented toward a purpose larger than themselves. Nominees for this award graduated from St. Mark's School within the past 25 years. Congratulations to:

Lt. Colonel Barret F. Bradstreet '97—Since entering active service with the Marines in 2002, Bradstreet has shown exemplary leadership and an uncompromising commitment to improving himself and others. He has commanded platoons in Iraq, recruited, mentored, and trained aspiring Marine officers, and taught at the U.S. Naval Academy's history department. Bradstreet earned a Ph.D. in international relations and Indian politics from Princeton University, and completed studies as an exchange officer at the École de Guerre, a training establishment for senior officers, in Paris, France, before becoming a Lieutenant Colonel in 2019.

Talib Hudson '99—A community-based scholar and advocate, Hudson has been driven to promote community-based public policy for the advancement of metropolitan Black communities. Through his work at the Manhattan District Attorney's Office, he worked to improve the reentry process for people coming home from incarceration, and build the relationship between law enforcement and the communities they serve. He is currently the director of the National Network for Safe Communities, and founder of The New Hood, a community-based policy and research center within the Center for New York City Affairs at The New School.

Joyce Cadesca '01—Considered an equity advocate, Cadesca is dedicated to improving the lives of underrepresented minority students by actively engaging in college and career counseling organizations and minority internship programs, and being a leader in alumni of color groups at her alma maters, St. Mark's School and the Tuck School of Business at Dartmouth. After seven years in strategy, HR, and finance positions at leading global financial institutions, Cadesca became CEO and co-founder of famHQ, a family concierge service supporting working moms in their households and careers. She is also a college preparatory director and a career development coach.

Erin M. Sweet '02—In addition to her years of expertise as a clinical coordinator and nurse practitioner at Boston Children's Hospital, Sweet is known for her motivation to teach and serve others. A position was created for Sweet to educate new nurse practitioners entering her department because of her unique ability to effectively communicate with colleagues as well as patients and their families. She has been sought by several colleges and universities to teach about her work, has been published in medical journals, and received the Boston Children's Hospital Bravo Award for going above and beyond the expectations of colleagues, patients, and patient families. Sweet has continued to work 12-16 hour shifts on the front lines with patients, and educating nurse practitioners, during the COVID-19 pandemic.

Given on the basis of service, loyalty, commitment, and leadership, this award recognizes alumni who make particularly impactful contributions to strengthen the St. Mark's School community. Congratulations to:

Bing, Bradley, Peacox, and Roberts have been instrumental in bringing to the forefront the additional antiracism work St. Mark's needs to accomplish, and for creating a sounding board, through the 'Black at SM' Instagram account, so all St. Mark's people of color can openly share their experiences at the School.

In recognition of their achievements, Board of Trustees President Michael Boulware Moore '80 says, "To this point, if we're able to achieve our antiracism objectives, a generation from now the work that Brittany Bing, Taren Bradley, Shyreeta Peacox, and Hillary Roberts have done since spring 2020 might be considered one of the more important contributions—gifts—ever made to St. Mark's. In a real way, 'Black at SM' could be the spark that eventually leads to St. Mark's becoming a fundamentally better, higher-performing, and healthier school community."

In addition to dedicating time and support to St. Mark's, Peacox guides students to develop and enhance academic strategies, self-discovery, and technology skills as a lead instructor of first year experience courses at Gwinnett Technical College. Bradley is the director of corporate events at Magnolia Bluebird Design & Events, and a member of the St. Mark's Alumni Executive Committee. Roberts is chief of staff to the CEO of Westbrook, which empowers artists to tell stories that connect the world, and Bing works as a human capital consultant at Deloitte in the Washington, D.C. metropolitan area.