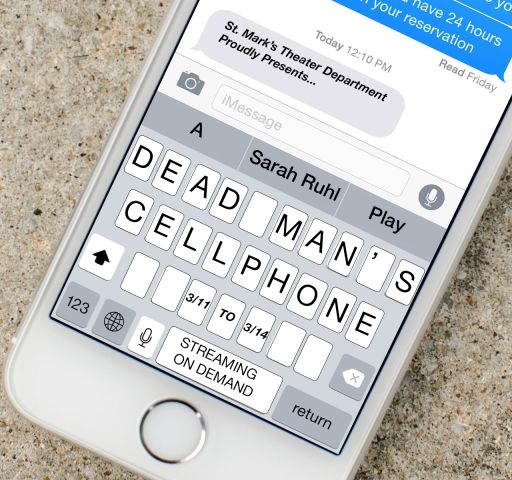 "Necessity is the mother of invention," as the well-known proverb reminds us. And so, in an academic year in which the pandemic has taken so much away, the St. Mark's Theater Department is doubling down on its presentation of the annual Winter Play, with not one but two digital productions directed by Chris Kent set to debut on Thursday, March 11.

Dead Man's Cell Phone and Eurydice, both by Sarah Ruhl, will be made available to the St. Mark's community via video from March 11 through March 14. Dead Man's Cell Phone is the odyssey of a woman forced to confront her own mortality, redemption, and the need to connect in a technologically obsessed world. Eurydice is a reimagining of the classic myth of Orpheus through the eyes of its heroine. Dying too young on her wedding day, Eurydice must journey to the underworld, where she reunites with her father and struggles to remember her lost love. 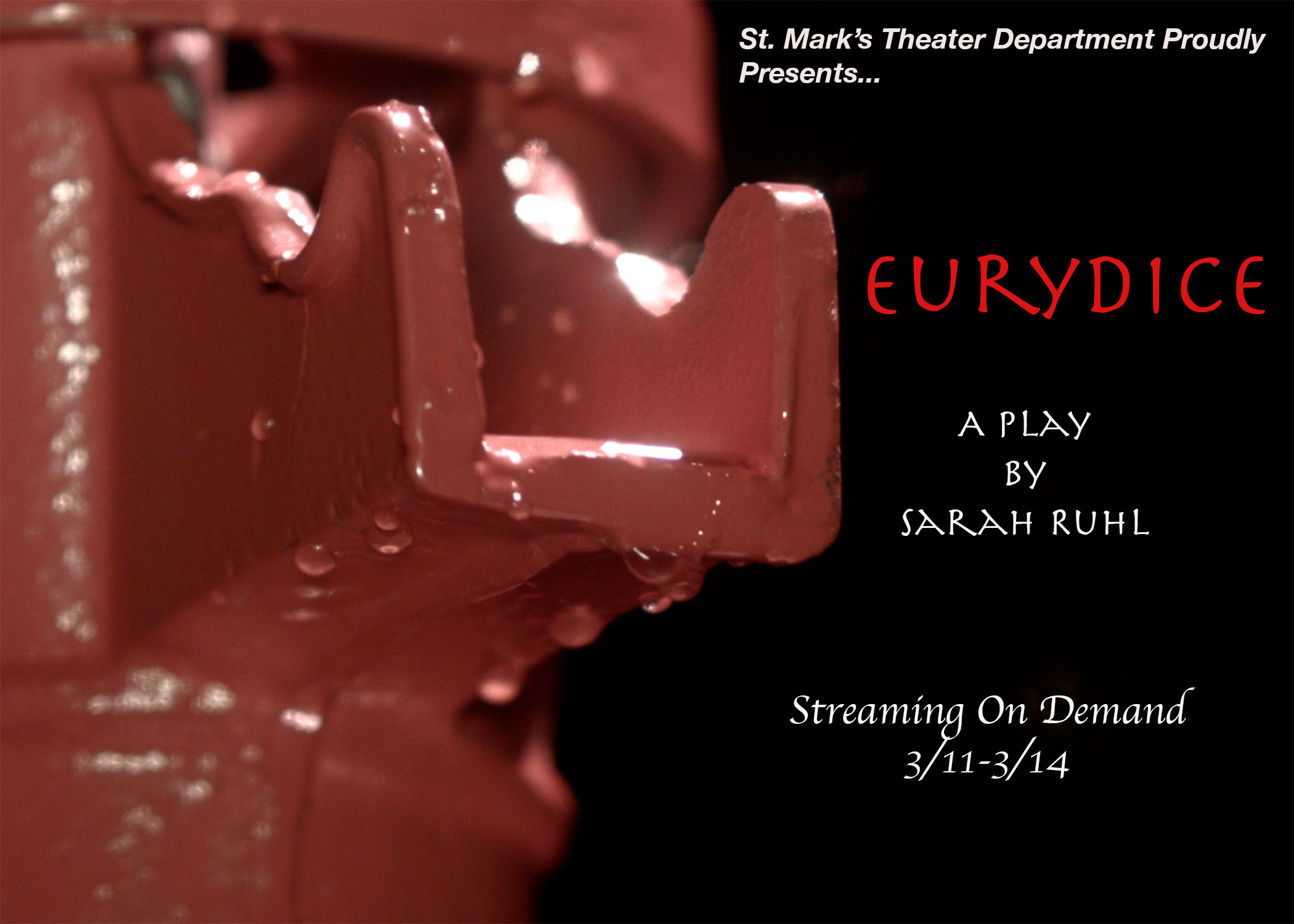 "These plays are staged as much as possible as recorded live scenes, most of them performed over Zoom with minimal editing," says Mr. Kent. "These are then inter-spliced with recorded cinematic moments that help to develop the mood and atmosphere which would normally be established through a set or lighting design. We rehearsed the scenes as usual before creating a recording window to capture the scenes. Due to COVID restrictions, we could not have multiple actors performing in the same space or in person without their masks on. However, shifting to a remote platform allowed us to maintain the integrity of a live scene with honest actor reactions, while also allowing actors from different locations around the world to participate and perform. We also were able to turn our Black Box Theater into a sound stage and record almost all of our cinematic scenes in the space."

Links to the plays will be shared with the St. Mark's community on Thursday.