The aim of the St. Mark’s Theater Department is to engage students in the classroom, in the rehearsal hall, on stage, backstage, and in the audience on and off campus. We hope to reveal the collaborative and multifaceted nature of theater as both an art and a craft — and as an integral means of reflecting who we are as participants in the world.

The Theatre Department is an active component in the life of the school, mounting a major main stage production in the fall and the winter, and the ever-popular Student Directed One Act Workshop in the spring. There exist numerous opportunities for performers and non-performers alike, and in a typical year, a little more than 20 percent of the student body participates in the productions.

The productions vary in theme and content, and lately have included the zany, semi-improvisational Neo-futurist 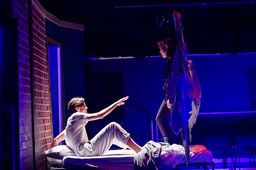 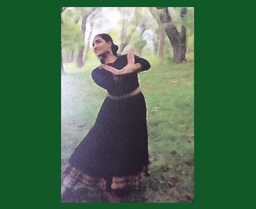 On Saturday, September 21, Anishka Yerabothu '20 presented "A Kathak Showcase" in the Putnam Family Arts Center. The event was a fundraiser for Educate Lanka, a program providing support to Sri Lankan students, where Anishka volunteered this past summer.

"Incredible!" declares Anu Akibu '20. "Amazing!" is how Libby Flathers '21 describes the experience. Both students are simply echoing the consensus opinion of all those involved in this summer's Theater Arts trip to the United Kingdom, where 14 St. Markers and two faculty members took part in the 72nd annual Edinburgh Fringe Festival. 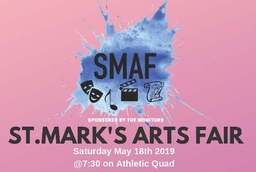 The first-ever St. Mark's Arts Fair delighted a large crowd of students and adults on Saturday evening, May 18. The inaugural event was organized and hosted by the Monitors. 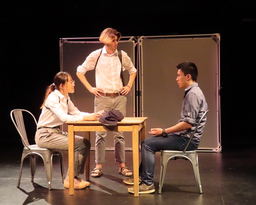 Spring Play— "The Pillowman" This Friday, Saturday
May 8 2019

On Friday, May 10, and Saturday May 11, the St. Mark's Theater Department will present performances of the Spring Play, The Pillowman by Martin McDonagh.

Director of the Theater Department

Winter Play - The Cripple of Inishmann